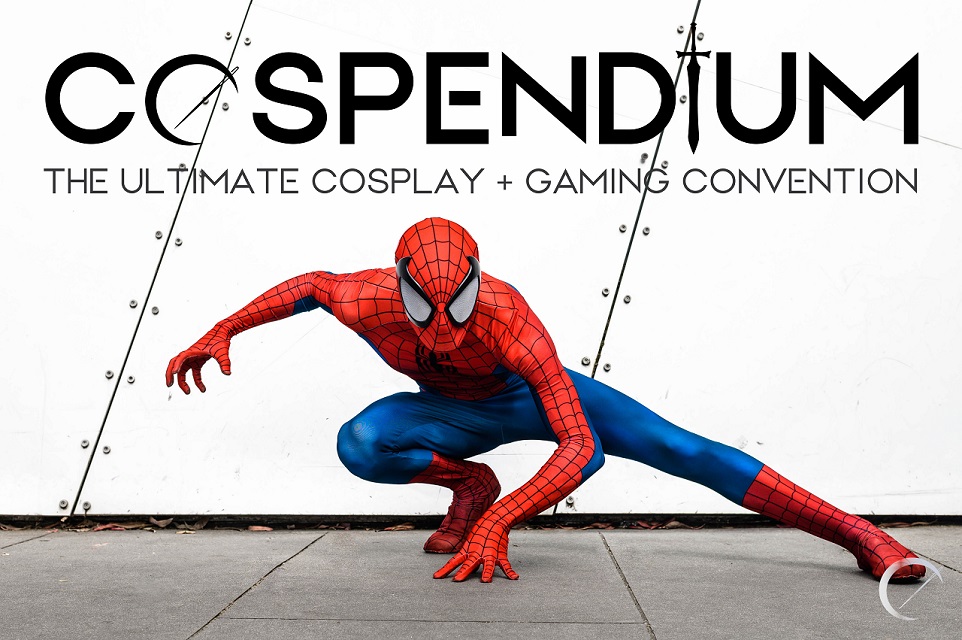 A new cosplay and gaming convention is set to hit the Australian pop-culture scene in July this year. Cospendium 2020 is an all-ages family project that aspires to become the best cosplay and Esports convention in Australia. Running for an entire weekend at the Royal Exhibition Building in Carlton Gardens, Melbourne, Cospendium will launch on Saturday July 4, 2020 and William Shatner is the first big guest announcement for the event.

Cospendium is the brainchild of Philip Rainford, an old-school Star Trek and Doctor Who fan who is tired of the impersonal, cookie-cutter approach to conventions in Australia. He wants to curate something that’s never been seen before and transform the Royal Exhibition Building into a magical wonderland.”When I used to attend sci-fi conventions back in the day, you really felt like you were part of something special” said Philip. “It doesn’t really feel like that with some of these colossal conventions. We want to bring back the sense that you’re stepping into this incredible fantasy world full of all your favourite characters. We want to help build the community – our focus is not to profit on this subculture’s creativity and passion, but to create a space where it can be nurtured and grow into something even bigger.”

Cospendium 2020 will commence on Saturday July 4, with Hollywood celebrity meet ‘n greets, gaming tournaments, artist & cosplay stalls, cosplay competitions, prize giveaways, and plenty more! The weekend will close with a huge Viking-themed dinner. Cospendium’s roster of A-list stars and special guests will be revealed in the coming weeks. We can confirm that the great William Shatner is the first Hollywood A-lister confirmed to attend this event.

Actor, author, singer, producer, director, businessman & philanthropist William Shatner will attend both Saturday July 4 and Sunday July 5 at the Royal Exhibition Building in Melbourne. As well as a stellar career in Star Trek, the Emmy and two-time Golden Globe winning actor has also starred in globally successful TV series Boston Legal and TJ Hooker as well as over 50 movies across eight decades including the Miss Congeniality films and cult classic Dodgeball. Shatner will take part in a Q&A session on the Cospendium main stage as well as meet ‘n greets and one-on-one photos & autograph signings with fans over both days of the debut convention.

“When you’ve been around as long as I have and worked in this business for so long, there’s a heck of a lot to share. I’m very excited to be bringing the spirit of the Starship Enterprise, Boston Legal and more down under,” says William Shatner. “One of the surprising things I discovered years ago about conventions is that they’re filled with love. It’s very special to be up on that stage and share a unique moment with thousands of people at once –I can’t wait to feel the love when we usher in the first-ever Cospendium!”

Fans can also expect gaming tournaments, artist & cosplay stalls, cosplay competitions, prize giveaways and plenty more. “I’ve been a William Shatner and Star Trek fan since I saw the first episode in 1966 and just thought ‘WOW!’” says Cospendium founder Philip Rainford. “I went to Star Trek conventions with my teenage daughter in the ‘90s in full costume and now my grandkids have the chance to attend our new convention with Captain Kirk himself. It’s just amazing.”

Tickets are now on sale with single-day and weekend packages available as well as additional costs for guest experiences. For the weekend package, adults will cost $67 and children $17.50. For single day tickets, adults are $39.50 and children $12.00. Organisers are expecting a great debut turnout, with more than 10,000 fans of all things sci-fi, fantasy, anime, gaming and more estimated to come through the Exhibition Building doors.

“Our mission is to create the ultimate convention that covers cosplay, gaming and artistry” says Perfect Events CEO Liliana Sanelli. “We’ve been collaborating with significant talent across all of Cospendium’s category pillars to ensure that this is an event that the culture really needs and wants in Australia. Everyone we’ve spoken to is so enthusiastic about what we’re building.” Funds raised at Cospendium will go towards the Hive Creative Centre, which supports artists and writers across a wide range of practices.