DEVOLVER Digital have once again used their E3 showcase to poke fun at the gaming industry and themselves with the latest edition to their epic Devolver Digital Cinematic Universe (DDCU) series of showcase videos.

This year’s announcements used the theme of “Devolver Max Pass+” – a (non-existent) subscription content service which everyone has already been signed up for whether they like it or not – which has the sales hook of being absolutely free, but every game (which are real) on the service is a Premium Purchase.

As the official announcement explains: The entire Devolver Digital catalogue on Steam is now included in the Devolver MaxPass+ service as premium purchases that are not included in your recurring monthly payment (if there is one, which there isn’t). Each of these gems are available at a reduced rate for a limited time, with discounts ranging from “insulting” to “we’ll pay you to take this”. Your subscription is active at devolvermaxpassplus.com

Besides the delightfully self-aware and batshit insane DDCU elements, the showcase also had several game announcements with a heavy focus on the AA-Indie stuff Devolver do so well. Read on for trailers and more info!

Did you play Ghost of Tsushima in Kurosawa Mode just to get the complete Samurai Cinema experience? The developers of Trek To Yomi certainly appear to have, announcing this stlylish Samurai adventure which the official announcement summarises thusly:

As a vow to his dying Master, a young swordsman is sworn to protect his town and the people he loves against all threats. Faced with tragedy and bound to duty, the lone samurai must voyage beyond life and death to confront himself and decide his path forward. A cinematic tour-de-force from Leonard Menchiari and Flying Wild Hog coming to PC, PlayStation 5, PlayStation 4, Xbox Series S/X, and Xbox One platforms in 2022.

From the Samurai Cinema graphics and style to the gameplay, the trailer has definitely got me interested so I’m definitely keeping an eye out for this one when it shows up next year.

OK, so there’s a wizard, right? And he’s got a gun. Stay with me here…

The press release explains the game this way: Wizard with a Gun is an online cooperative sandbox survival game set in a magical wilderness wrought with dangerous creatures and arcane mysteries. Embark on a journey alone or with friends to collect, craft, and outfit your wizard however you see fit as you explore the unknown. Carefully design weapons, bullets, and furnishings for your tower home but try not to burn it all down as the magic you wield escalates beyond your control. Coming to PC and consoles in 2022.

It looks like the good kind of strange so this one is also on the “keeping an eye out for” list now too.

I’m not really sure what Inscryption actually is, beyond “Bizarre” and “Some kind of horror game?”, but according to the press release:

From the creator of Pony Island and The Hex comes the latest mind melting, self-destructing love letter to video games. Inscryption is an inky black card-based odyssey that blends the deckbuilding roguelike, escape-room style puzzles, and psychological horror into a blood-laced smoothie. Coming to PC later this year.

Between that and the trailer, you know as much as I do. It’s out later this year so we’ll get to experience it for ourselves then.

As much as PC and Console gamers like to pretend it’s not a thing, mobile games are huge so I’m not surprised Devolver are getting in on the action there.

According to the press info accompanying Devolver Tumble Time, the game is “the future of physics-based puzzle gameplay, elegant monetization, and strategic brand integration launching for mobile devices in 2021. Choose characters from a packed roster of your favorite Devolver Digital games and rack up big points matching and clearing their impossibly adorable heads from the tumbler. Get hyped enough and unleash each character’s special ability to clear huge chunks and earn power-ups to create chaotic chain reactions. Then maybe watch some entertaining ads because nothing is ever really free.“

To be honest, that’s exactly what I expected from a Devolver mobile game announcement.

Back in the early years of gaming, games didn’t come from the internet – they came on physical media such as disks, cartridges or CD-ROMs. Devolver are paying homage to that era with Demon Throttle, an old-school bullet-hell shooter that leans so heavily into the retro thing that it will only be available in a physical edition.

Per the press release: Introducing Demon Throttle by developer Doinksoft, the creators of Gato Roboto. Coming to Nintendo Switch as a physical box set – and *only* a physical box set – through our friends at Special Reserve Games, Demon Throttle tells the story of a beautiful vampiress and dusty gunslinger on a quest for vengeance against a demon that stole her mystical chalices and slept with his estranged wife. Now the two unlikely companions must blast their way through four monstrous generals and their wicked domains in order to lift the demon’s curse and exact their revenge.

Fortunately Nintendo Switch cartridges aren’t region locked, but you will have to pay shipping from the US to get it here and that’s probably around as much as the game (which costs USD$29.99 – roughly AUD$39) again. The physical release only thing is a cool idea, though.

While the trailer for Death’s Door had me a touch underwhelmed, the press info makes it sound a lot more interesting: Launching July 20th on Xbox Series S/X, Xbox One and PC, Death’s Door thrusts players into a quirky and curious world where Crows are in charge of collecting the souls of the dead. Reaping souls and punching a clock might get monotonous but it’s honest work for a Crow. The job gets lively when your assigned soul is stolen and you must track down a desperate thief to a realm untouched by death – where creatures grow far past their expiry and overflow with greed and power.

It’s certainly a good plot idea so I’ll be keen to see what the actual game itself is like.

The idea of “ghosts” (representing previous attempts) in games isn’t new (it’s been around in racing games for decades), but Phantom Abyss takes the concept and applies it to treasure hunting.

From the official announcement: Launching June 22nd into Steam Early Access, Phantom Abyss is a massive asynchronous multiplayer game that casts players into procedurally-generated temples and tasks them with retrieving the sacred relics hidden within deadly chambers. Intrepid adventurers will dodge scores of hidden traps, leap treacherous chasms, and flee relentless guardians through branching paths until one of the relics are claimed or the devices of death overwhelm them. Be warned, you only get one attempt at each temple and failure or settling for a lesser relic means you will never see that temple again…

Definitely not one for those with a strong FOMO gland, then.

To conclude this piece, I’m going to include the disclaimer from the bottom of the Devolver Max Pass+ press release because it really is excellent and worth a giggle or two:

Disclaimer
Devolver MaxPass+ does not cover misuse, accident, lightning, flood, tornado, tsunami, volcanic eruption, earthquake, hurricanes and other Acts of God (specifically, killer bees), neglect, damage from improper reading, incorrect line voltage, improper or unauthorized use, broken antenna or marred cabinet, missing or altered serial numbers, removal of tag, electromagnetic radiation from nuclear blasts, sonic boom, crash, ship sinking or taking on water, motor vehicle crashing, dropping the item, falling rocks, leaky roof, broken glass, mud slides, forest fire, or projectile (which can include, but not be limited to, arrows, bullets, shot, BB’s, paintball, shrapnel, lasers, napalm, torpedoes, or emissions of X-rays, Alpha, Beta and Gamma rays, knives, stones, etc.).
No license, express or implied, by estoppel or otherwise, to any Intellectual property rights are granted herein.
Devolver Digital Inc (DDI) disclaims all liability, including liability for infringement of any proprietary rights, relating to use of information in this specification. DDI does not warrant or represent that such use will not infringe such rights. In fact, that’s a very strong possibility.
Nothing in this document constitutes a guarantee, warranty, or license, express or implied. DDI disclaims all liability for all such guarantees, warranties, and licenses, including but not limited to: fitness for a particular purpose; merchantability; non-infringement of intellectual property or other rights of any third party or of DDI; indemnity; and all others. The reader is advised that third parties may have intellectual property rights that may be relevant to this document and the technologies discussed herein, and is advised to seek the advice of competent legal counsel, without obligation to DDI. In other words, get your own fucking lawyer before you hurt yourself.
These materials are provided by DDI as a service to their friends and/or customers and may be used for informational purposes only. Single copies may be distributed at will since it is unlikely that DDI created this material independently as they have no creative skill.
TRADEMARK INFORMATION: DDI and the Devolver MaxPass+ logo are registered trademarks of DDI.
DDI’s trademarks may be used publicly with permission only from DDI. Fair use of DDI’s trademarks in advertising and promotion of DDI products requires proper acknowledgment. If you use DDI’s trademarks without DDI’s express approval, they will get really pissed off.
*All other brands and names are property of their respective owners.
OWNERSHIP OF MATERIALS: Materials are copyrighted and are protected by worldwide copyright laws and treaty provisions. They may not be copied, reproduced, modified, published, uploaded, posted, transmitted, or distributed in any way, without DDI’s prior written permission, which is freely granted as long as you take DDI’s name off in some lame attempt to either hide the materials origin or in the hilarious belief that the receiver of this material will think that you created it on your own, or somehow will think you more clever and intelligent that you really are. Except as expressly provided herein, DDI does not grant any express or implied right to you under any patents, copyrights, trademarks, or trade secret information. Other rights may be granted to you by DDI in writing or incorporated elsewhere in the Materials.
DISCLAIMER: THE MATERIALS ARE PROVIDED “AS IS” WITHOUT ANY EXPRESS OR IMPLIED WARRANTY OF ANY KIND INCLUDING WARRANTIES OF MERCHANTABILITY, NON INFRINGEMENT OF INTELLECTUAL PROPERTY, OR FITNESS FOR ANY PARTICULAR PURPOSE. IN NO EVENT SHALL DDI OR THEIR SUPPLIERS BE LIABLE FOR ANY DAMAGES WHATSOEVER (INCLUDING, WITHOUT LIMITATION, DAMAGES FOR LOSS OF PROFITS, BUSINESS INTERRUPTION, LOSS OF INFORMATION) ARISING OUT OF THE USE OF OR INABILITY TO USE THE MATERIALS, EVEN IF DDI HAS BEEN ADVISED OF THE POSSIBILITY OF SUCH DAMAGES. BECAUSE SOME JURISDICTIONS PROHIBIT THE EXCLUSION OR LIMITATION OF LIABILITY FOR CONSEQUENTIAL OR INCIDENTAL DAMAGES, THE ABOVE LIMITATION MAY NOT APPLY TO YOU. DDI further does not warrant the accuracy or completeness of the information, text, graphics, links or other items contained within these materials. DDI may make changes to these materials, or to the products described therein, at any time without notice. DDI makes no commitment to update the Materials. In other words, if you screw it up, you’re on your own.
U.S. GOVERNMENT RESTRICTED RIGHTS: The Materials are provided with “RESTRICTED RIGHTS.” Use, duplication, or disclosure by the Government is subject to restrictions as set forth in FAR52.227-14 and DFAR252.227-7013 et seq. or its successor. Use of the Materials by the Government constitutes acknowledgment of DDI’s proprietary rights in them and excludes them from ever having to pay income taxes ever again, along with assigning the rights of World’s Greatest Publisher to DDI to use as they see fit.
Copyright © 1975-2021 DDI. All rights reserved. 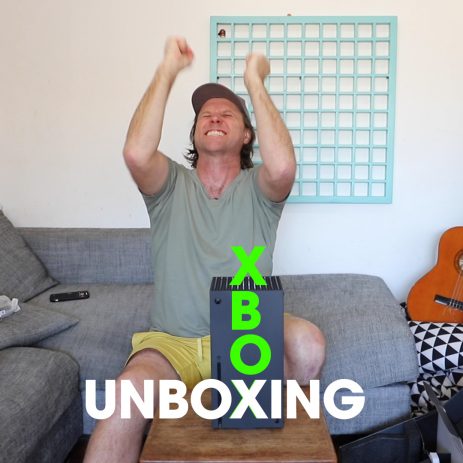