Everything Announced at the Xbox Games Showcase

Wow, the Xbox Games Showcase was a full hour of glorious world premier game reveals. Not only did we see new game announcements such as State of Decay 3, Forza Motorsport and S.T.A.L.K.E.R 2, but we finally got to see some gameplay from Halo Infinite. And to finish on a bang, we saw a tease for Fable! The best thing? All games we saw will be available day 1 on Xbox Game Pass!

Here’s a rundown of all the games we saw in tonight’s Xbox Games Showcase on July 24, 2020.

When all hope is lost and humanity’s fate hangs in the balance, the Master Chief is ready to confront the most ruthless foe he’s ever faced. The legendary Halo series returns with the most expansive Master Chief story yet. Enjoy a first look at Halo Infinite campaign gameplay, captured real-time and representative of the experience on Xbox Series X running at 60FPS and up to 4K resolution. Play Halo Infinite day 1 with Xbox Game Pass. Coming Holiday 2020 to Xbox Series X, Xbox One, and Windows 10 through the Microsoft Store and Steam.

Witness the power of Xbox Series X through Forza Motorsport. Automotive entertainment is reimagined for a new generation.

Everwild is a brand new IP from Rare. A Unique and unforgettable experience await in a natural and magical world.

Tell Me Why – Chapter One

Experience Chapter One of Tell Me Why, the latest narrative experience from DONTNOD Entertainment, the studio behind Life is Strange. Play as twins Alyson and Tyler as they use their special bond to unravel the mysteries of their loving but troubled childhood. Set in beautiful Alaska, Tell Me Why features true-to-life characters, mature themes and gripping choices.

Critically acclaimed Ori and the Will of the Wisps will be optimized for Xbox Series X / 4k / 120fps.

The Outer Worlds: Peril on Gorgon – Arrives on Xbox One and PC September 9, 2020.

A severed arm and a mysterious message lead the crew of the Unreliable to the Gorgon Asteroid, formerly the site of one of Halcyon’s most ambitious and disastrous scientific undertakings – now a lawless den of monsters and marauders. Wealthy recluse Minnie Ambrose tasks the crew with finding answers about Dr. Olivia Ambrose, her mother and the doomed project’s disgraced director, but they are soon ensnared in an intrigue that will change the colony forever.

Obsidian Entertainment’s next epic Avowed is a first-person RPG set in the fantasy world of Eora.

One town. Two families. Three decades of secrets. As Dusk Falls is an original interactive drama from INTERIOR/NIGHT that explores the entangled lives of two families across thirty years. Starting with a robbery-gone-wrong in small town Arizona, the choices you make will have a powerful impact on this epic story of sacrifice, betrayal, and resilience.

Raz takes a journey through the mind of a mystery brain he found in a jar.

As a new threat emerges, so too does a mysterious new power — Stasis. Prepare to wield the Darkness in Destiny 2: Beyond Light, coming November 10, 2020.

The award-winning PC franchise loved by millions of players is making a true next-gen console debut with S.T.A.L.K.E.R. 2. Experience one of the biggest open-worlds to date, filled with radiation, mutants, and anomalies. The Zone is now fully open-world, uses the A-Life 2.0 system which influences the state of the world with characters and mutants even if the player isn’t present, and a branching story with multiple endings.

From the developers of the best-selling and award-winning franchise Vermintide, Warhammer 40,000: Darktide is a visceral 4-player co-op action game set in the hive city of Tertium. Fight together with your friends against hordes of enemies in this new Warhammer: 40,000 experience.

In Summer 2021, the multiplayer expansion will be made available as a free update to all other existing versions of Tetris Effect. Tetris Effect: Connected is the original Tetris Effect with all-new co-op and competitive online and local multiplayer modes! This is Tetris® like you’ve never seen it, or heard it, or felt it before—an incredibly addictive, unique, and breathtakingly gorgeous reinvention of one of the most popular puzzle games of all time.

From the creators of SteamWorld, embark on an all-new adventure in a vast and alien world where you’ll encounter terrifying enemies and challenging puzzles on your quest to unravel the mystery of a forgotten planet, while saving it in the process.

The Medium is a next-gen psychological horror game, featuring never-seen-before and officially patented Dual-Reality Gameplay that plays out across two worlds displayed at the same time. Discover a dark mystery only a medium can solve. Explore the real world and the spirit world at the same time. Use your psychic abilities to solve puzzles spanning both worlds, uncover deeply disturbing secrets, and survive encounters with The Maw – a monster born from an unspeakable tragedy. Coming Holiday 2020 to PC & Xbox Series X and available now for pre-order.

Phantasy Star Online 2: New Genesis will be coming in 2021! PSO2: NGS will surpass Phantasy Star Online 2 in every way, offering players limitless adventure and unparalleled character customization. The game has been redesigned as a best-in-class online action RPG experience!

A sprawling global conflict rages between the Global Risk and Black List mercenary factions in an immersive and cinematic single player experience from Smilegate Entertainment and Remedy. Where will the fight take you?

Fable returns with a new beginning for the legendary franchise. Explore a land of fantastical creatures and wondrous places. Developed by Playground Games for Xbox Series X and Windows 10.

If you would like to watch the full Xbox Games Showcase in it’s entirety, here’s the full presentation. 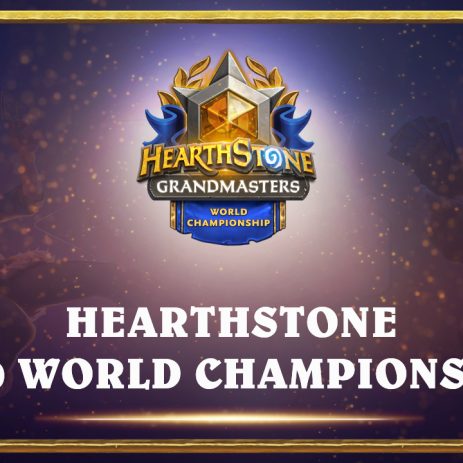