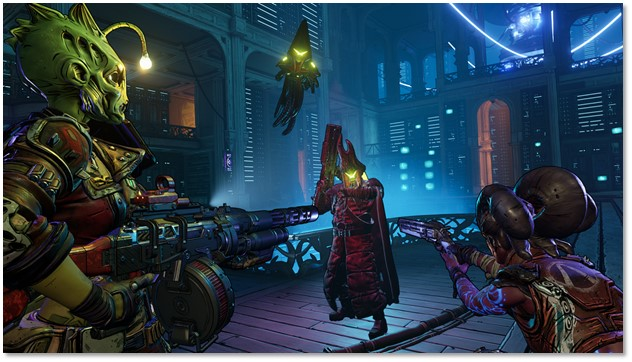 It’s hard to believe that the 2nd Borderlands 3 DLC is just over a week away but a small slice of the new content is already available. A sneak peak of Guns, Love, and Tentacles: The Marriage of Wainwright and Hammerlock was recently made available my Gearbox giving us 12 spoiler-free minutes of fresh Borderlands 3 gameplay. The new DLC is set on the newly added ice planet, Xylourgos, where Sir Alistair Hammerlock and Wainwright Jakobs are finally getting married. I personally want to wait until March 26 to experience it but just from the small amount I’ve watched I’m already getting major Borderlands 2 vibes from the new setting.

Along with the upcoming nuptials and reuniting with Borderlands 2 Alumni Gaige and her robot BFF, Deathtrap, you’ll also:

Guns, Love, and Tentacles: The Marriage of Wainwright and Hammerlock will be available to all Borderlands 3 Super Deluxe Edition and Season Pass owners from March 26 on Playstation 4, Xbox One, Epic Store and the recently announced Steam version.