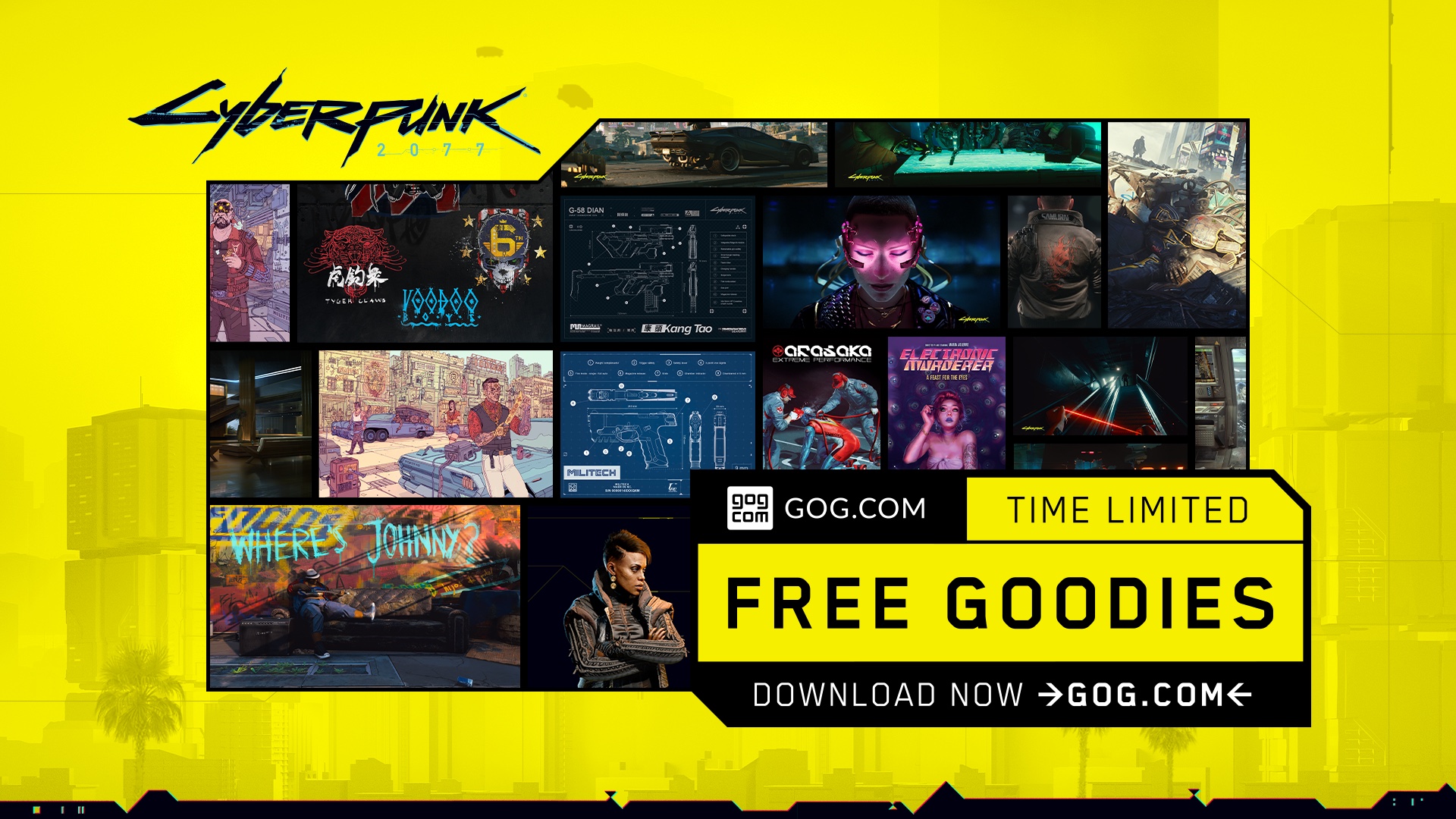 EVERYONE like free stuff, right? Especially when it relates to one of the most eagerly anticipated games in years?

CD Projekt Red know they do, and are wetting everyone’s beak (or shovelling more fuel into the hype train firebox, or probably a combination of both) with the giveaway of a Cyberpunk 2077 Goodies Collection on Gog.com from now until 2AM AEST on Saturday, July 5.

The collection involves nearly 4GB of data, including official digital content previously released by CD Projekt Red, as well as some new additions.

As part of the , CD Projekt Red are offering The Ultimate Red Collection on gog.com (which they own), with the collection including the Cyberpunk 2077 pre- order as well as all titles from The Witcher series.

CD Projekt Red have also said anyone who pre-orders Cyberpunk 2077 on Gog.com before the July 6 deadline (or has already pre-ordered it) will receive a special discount pack for official Cyberpunk 2077 merch, including:

Cyberpunk 2077 is set for release on PC, Xbox One and PlayStation 4 on November 19.