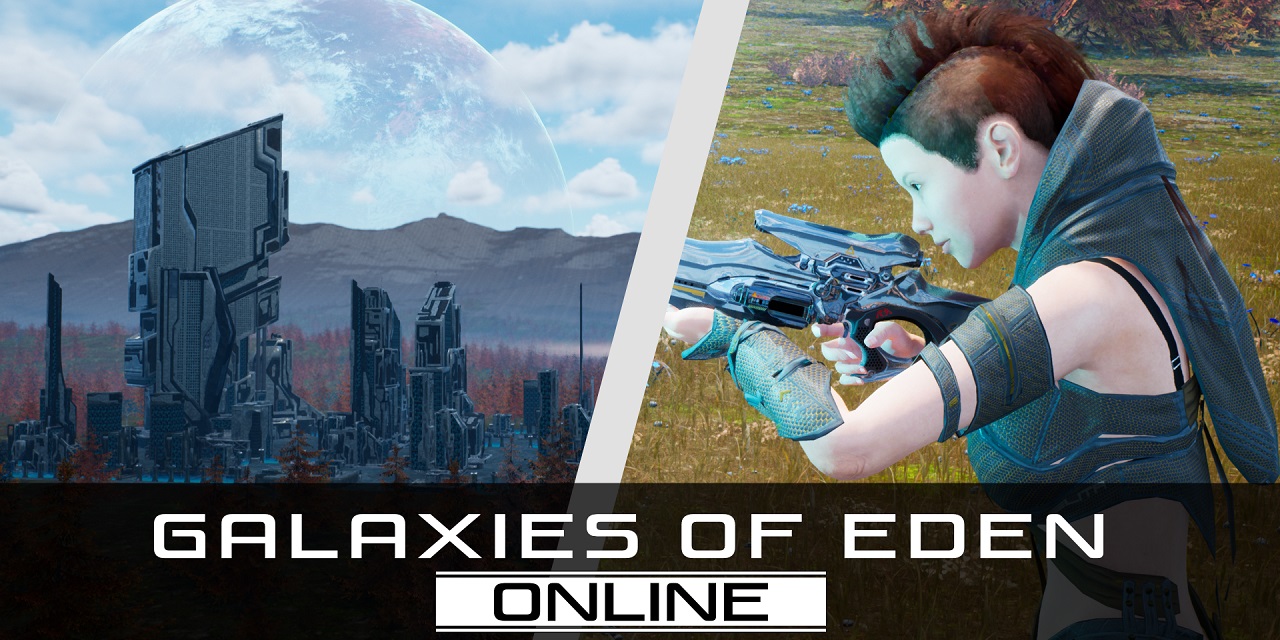 Thanks to a GOA Community legend Gammah, I’ve come across a new sci-fi sandbox MMORPG called Galaxies of Eden. Straight away, the screenshots and opening scenes of the game’s trailer had me remeniscing my time in Star Wars: Galaxies and Defiance. Both of these were awesome sci-fi MMORPG’s in their own rights, but both were closed down at various times in the genre’s history. I’ve been longing for a new sci-fi MMORPG, and now Galaxies of Eden promises to be a decent contender. Those that know my gaming history know I’m a huge MMORPG fan, and you can read about some of my adventures in the MMORPG Memory Lane series of articles. I really need to revisit the series, but for now, let’s talk about Galaxies of Eden.

Galaxies of Eden is in development by MIR Cybernetics Corporation, an independent video game development studio based in Toronto, Canada. The studio specializes in developing massively multiplayer online role-playing games and state-of-the-art procedural artwork generation methods. Galaxies of Eden offers a unique and innovative approach to MMO genre; a massively multiplayer online game that promotes social interaction among players. Star Wars Galaxies is probably the best most recent example I can give where the social aspect of the game was phenomenal with the Medic and Entertainer classes, as well as everyone having their preferred player crafter who could make the best gear for the best value. MMORPG’s these days, even going so far back as the emergence of WoW, really haven’t done as well socially as those older MMORPGs. So for Galaxies of Eden to come out with social play as a high priority, it’s got me intrigued.

Players will be able to venture forth as adventurers, industrialist, or even as artists and build their own communities. Galaxies of Eden is heavily player-driven as players will be able to craft anything from weapons and vehicles to houses and furniture, which plays to my comments above. I remember I had waypoints set to my favourite armoursmith or weaponsmith and would be regularly visiting their house, whether they were online or not, to buy their goods as I knew they would be top quality and perfect for my character builds. Community building is the one of the main pillars of Galaxies of Eden. Players will be able to become intergalactic diplomats and lead their server’s destiny through elections, and vote on matters such as overall taxation levels of their servers. This will be interesting to see play out, and how much power they truly have over the playerbase – hopefully not too much to affect our playtime, but enough to keep that roleplaying aspect alive and fluid.

Galaxies of Eden utilizes a dual skill system based on active and passive skills. Players will be able to combine different active skills to create their own distinct playstyle, meanwhile they will be able to acquire unlimited passive skills to bolster their existing abilities. I’m very interested to see more about the skills available and how they progress. If it’s use-based skills progression like older MMORPG’s, I’ll be very happy. This means that if I shoot a rifle, I could gain skill in that rifle, and it’s not all about having the most powerful stats on a rifle, it’s more about how proficient you are at using them. I’m excited at the prospect but will hold my expectations until we see more information. A recent post on the game’s website described the skills system in further detail (this is pre-alpha information and subject to change):

“Each character is limited to 200 active skill points in total and no skill can be higher than 100 skill points. Despite the fact that most of the end-game content can be completed with only one skill at 100, we expect most players to focus on leveling up at least two skills. We want players to have the freedom to play how they want. The way you want to play is entirely up to you, you might be a Weaponsmith during the day and become an Artist at night to market your vendors. Similarly, it’s possible to blend different combat classes together to create a truly unique playstyle.”

Combat modes were also showcased with two modes of combat – Action Mode / Social Mode, and remember this is only in the pre-alpha stage. “With Action mode, Galaxies of Eden has a bonafied third-person-shooter feel. Weapons have recoil, spread, and even those small, important details like floating combat text adjust themselves to make the best use of fast-paced Action Mode.” They go on further to say, “Social Mode plays like a classic MMORPG as it can be seen from the video. We are assuming most of the MMORPG players are familiar with the controls shown in the Social Mode and we won’t describe it further. Social Mode is more intended for social classes, crafters, and players with slower reflexes.”

As I read more about the game’s loadout system, one phrase stuck out to me the most and gave me a “hallelujah” moment – “Galaxies of Eden utilizes the holy-trinity approach to combat that veteran MMORPG players are familiar with. We believe this system is well suited to the genre and creates truly fun and cooperative gameplay opportunities.” The holy trinity refers to the situation where each group requires a tank, a healer and a dps class to be effective, and this is something I sorely miss. Many games have forgone this system as it means you need a dedicated group of players to be successful. This can be difficult to achieve, and so MMORPG’s shifted to be more solo friendly, which meant games started to build characters such that they could heal, tank and dps, albeit not as effectively as classed dedicated to those roles, but anyone could solo without relying on others. It really changed the fundamentals of MMORPGs and the mindsets of players, and I’m not sure it was better in the long run. Certainly for me it has it’s positives and negatives, but the more I’m able to solo in an MMORPG, the more I long for the old groups where we relied on having a good holy trinity. This is another big tick for me so far.

It’s obviously very early in the game’s development, and clearly I’m excited about the prospect. For me personally, the last big MMORPG to hit the genre has been The Elder Scrolls Online and that was 2014. Us diehard MMORPG fans are screaming for new MMORPG experiences, and not just WoW clones either, so I will be watching the development of Galaxies of Eden closely and will keep the Game on AUS community updated as news is released. For more information and to follow the game’s development, head to the official site. 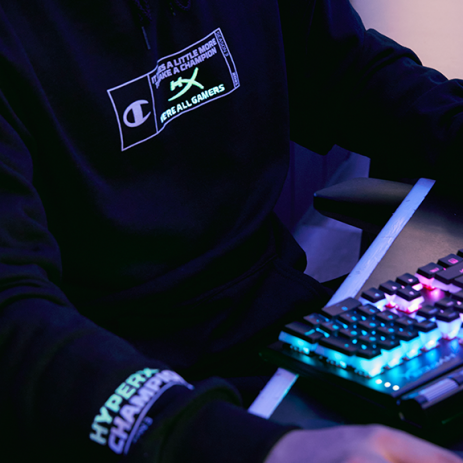 HyperX Collaborates with Champion for Glow In The Dark Apparel