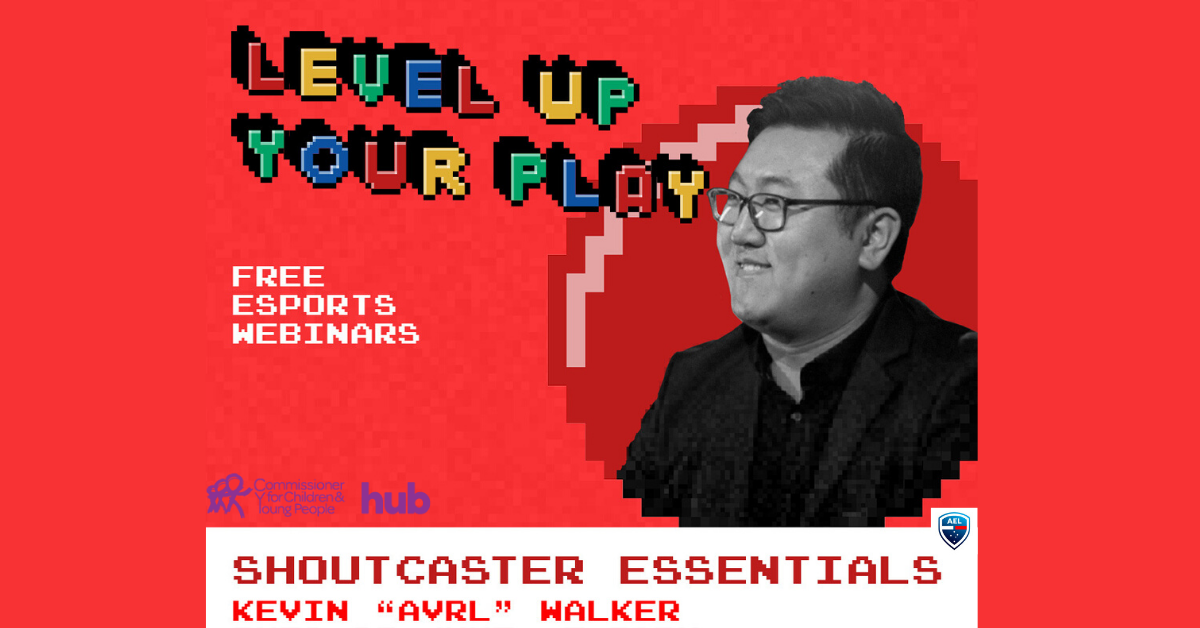 How To Be a Shoutcaster

In collaboration with the Commissioner for Children and Young People SA, the Australian Esports League (AEL) are hosting a series of free esports focused webinars. On 23rd of June Kevin “AVRL” Walker joined the series to share his expertise and advice for new and developing shoutcasters, hosted by Domino Jack.

A shoutcaster’s role is to call the game events in real-time, picking the moments to elevate, thoughtfully crafting an entertaining and informative experience; it’s a role ARVL is passionate about and an important part of the wider commentary team.

“You are supposed to be a storyteller… …getting across the information to the viewer in a way that matters to them,” he said.

Drawing on his experience, AVRL spoke about working in professional environments. There are many camera-facing roles at high-level esport events, including event hosts, stage hosts, analysts, interviewers, sideline and crowd reporters. Behind the scenes directors, producers, lighting and sound engineers, video editors, event co-ordinators, come together to bring you the professional experience you see on screen.

How To Get Started

AVRL focused on what prospective shoutcasters need to get started in esports. AVRL stressed that making it to the professional level requires passion for esports and an in-depth understanding of the games you want to cover. Unless you have unwavering determination for your goals, it is unlikely you will succeed.

“…this is a very long journey. It can be quite a difficult journey,” AVRL said.

AVRL recommended practising your commentating at home to start growing your skills. By finding a cast, and putting it on mute, you can work on your shoutcasting in the privacy of your own home. This option is a risk-free opportunity to see if you like what the shoutcasting role would entail, before any significant financial or time investment.

When you are confident to put your shoutcasting on show, record your sessions, get advice, and network! AVRL provided step by step guidance on how to take your passion forward, working toward live casting opportunities.

AVRL also ran through what equipment and resources you need to get started. Initially, prospective shoutcasters need a computer to play, cast and stream (hopefully, for most gamers, that is already sorted). Two other initial essentials include a headset with a microphone and decent internet speed to upload VODs.

Some additional financial investment will be required later down the line, which may involve picking up a quality webcam, a broadcast level microphone, a green screen, and professional lighting.

The final advice from AVRL was explicit.
“You see me here, but you don’t get to see the 100 people that didn’t make it here” he said.

You must have a competitive determination to succeed.

The Shoutcasting Essentials webinar was the third of four events in the series by AEL. The next webinar, on the 30th of June, will feature Jeremy “Junglist” Ray (formerly from ABC’s Good Game) discussing the most influential games that have shaped our world.

If you are looking to learn more about esports, check out the AEL Level Up Your Play webinar series on YouTube.