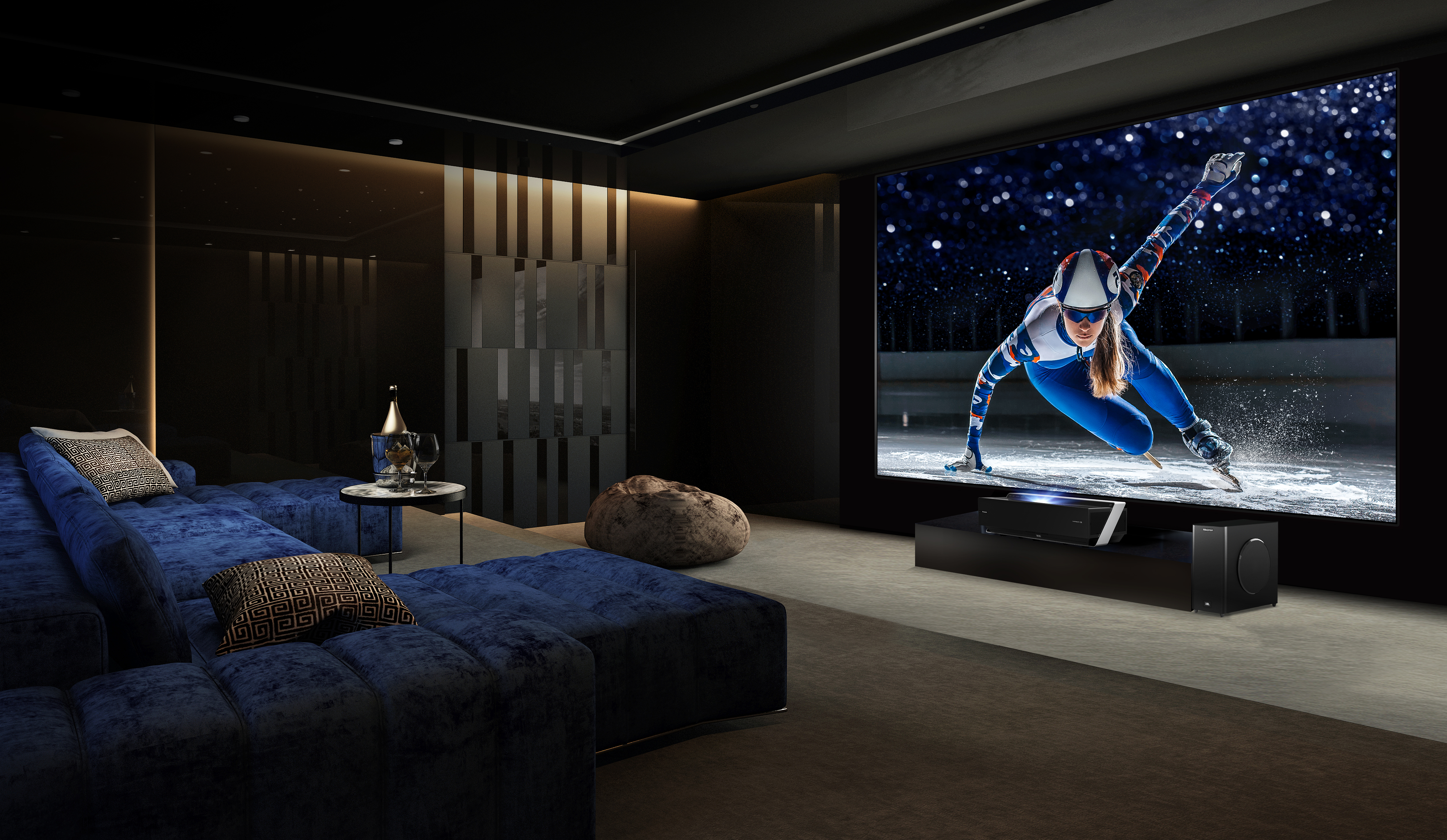 IF you have $20,000 available for home entertainment and want something next-generation for your viewing or gaming, Hisense have just announced something which might be right up your alley.

The TV manufacturer has unveiled a 100in HDR-capable 4K Ultra HD Smart Dual Colour Laser TV with HDR, describing it as “one of the only televisions of its kind available in the Australian market”.

Unlike a traditional panel TV, the Laser TV is essentially a high-grade projector – albeit one which includes a TV tuner and streaming service apps.

As the name suggests, the TV’s images come from lasers – more specifically, Hisense’s proprietary X-Fusion Laser Light Engine. Two independent lasers display the image in “a wide array of colours and hues with impressive accuracy, high purity and saturation to set a new standard in home cinema”, according to Hisense.

The display itself is a thin and lightweight 100-inch screen, while the console is compact and can project an image onto the screen from only 20-30cm away.

Hisense say a conventional LED TV of the same size would typically require the viewer to sit approximately 9m from the screen, but as the Laser TV uses an indirect light source, viewers can sit around 4m away.

“Further, being anti-reflective to external light sources, the Laser TV display is extremely versatile and can suit an array of home theatre setups, without the need for a specially darkened room,” the company’s press materials said.

Hisense Australia marketing head Andrea Iannuzzi said to date, Australians had never been offered a TV of the Laser’s calibre.

“This extra-large, 100-inch offering reimagines the TV experience and delivers a new type of cinema at-home with its breathtaking resolution, stunning detail and incredible vibrancy,” he said.

“Globally, Hisense has invested heavily in the research and development of its proprietary laser technology, and the result is a truly innovative and exceptional premium TV – one that provides an unparalleled at-home cinema experience, and, of course, more screen than ever before.”

The TV features HDR10 as well as motion-smoothing technologies, with Hisense saying it is a perfect choice for high-action movies and sports.

This is a gaming site, so naturally you’re likely wondering how this would all work if you plugged your console into it – it does have HDMI inputs, after all – and

Hisense Australia product specialist  Chris Mayer said the major benefit for gamers was how the laser can process images at lightning-fast speeds.

“This, with its wide colour gamut and HDR, coupled with a fully capable sound solution with dedicated subwoofer, not only are the graphics going to pop but you’ll be pulled in the game via the immersive sound as well,” he said.

On the subject of sound, the Laser TV has a wireless subwoofer and JBL Cinema Sound speakers, which “enables viewers to feel the full power and depth of sound, resulting in an unmatched cinematic experience when compared with typical projector set-ups”, according to Hisense.

The whole thing is definitely minimalist, consisting only of the screen, a subwoofer, and the projection unit, and it’s obviously been designed to fit in with the decor of the sorts of customers who would have the sort of money available with which to purchase it.