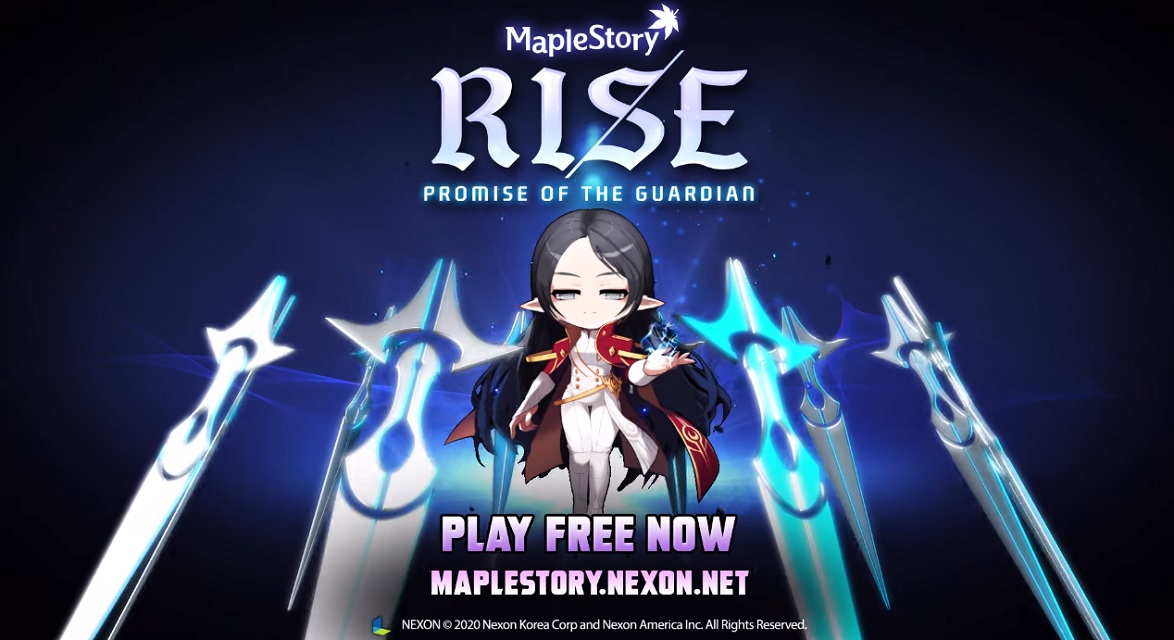 MapleStory: Rise Promise of the Guardians

The next big update for MapleStory is arriving this week! The side-scrolling MMORPG MapleStory, developed by Nexon and originally released in South Korea in 2003 and the rest of the world in 2005, has received a plethora of updates recently and the latest arrives June 10, 2020. The MapleStory Rise: Promise of the Guardian content update will introduce a brand new class Adele, a High Flora Warrior of Grandis, massive improvements to guilds, Reverse City, faster 170-200 levelling and more.

Terra Burning Project
Starting from June 10 this week, the Terra Burning project returns. If you create a new character after this date, you will gain two bonus levels every time you level up. That’s what I call a double ding! You’ll be able to power your way to level 200 pretty quickly with these bonuses as well as the new Rise events. In addition, players who reach levels 200, 205, and 210, respectively with their Tera Burning character, after completing 5th job advancement, will receive special quest rewards.

New Class – Adele
A powerful mystical warrior from the city of Ristonia, Adele was imprisoned long ago by forces unknown. Freed to answer the desperate prayer of a young man, she summons Aether Swords to strike at her foes, and any who might endanger her new charge. From June 24, start our Adele on her journey in Maple World with the Adele Training Support Event, giving her special rewards as she grows in power.

Guild Revamp
Guilds in MapleStory Rise: Promise of the Guardian are getting a huge set of improvements. Level your guild to level 30 and promote your guild to find prospective recruits amongst the world’s playerbase. It’s also easier for other guilds that suit your playstyle. Guild leaders can customise their guild emblem, take advantage of improvements to guild points and skills, plus much more.

Reverse City
A strange, new metropolis has appeared on the Arcane River’s Vanishing Journey that would look entirely normal, for those standing on their heads at least! Discover the mysteries of this strange new metropolis named Reverse City from July 8, 2020. Start your exploration of the strange conspiracy by accepting the “What Washed Up” quest with a character level 205 or higher that has completed their 5th job advancement.

For more information about MapleStory Rise: Promise of the Guardian, head over to the official website or jump into the game through Steam.