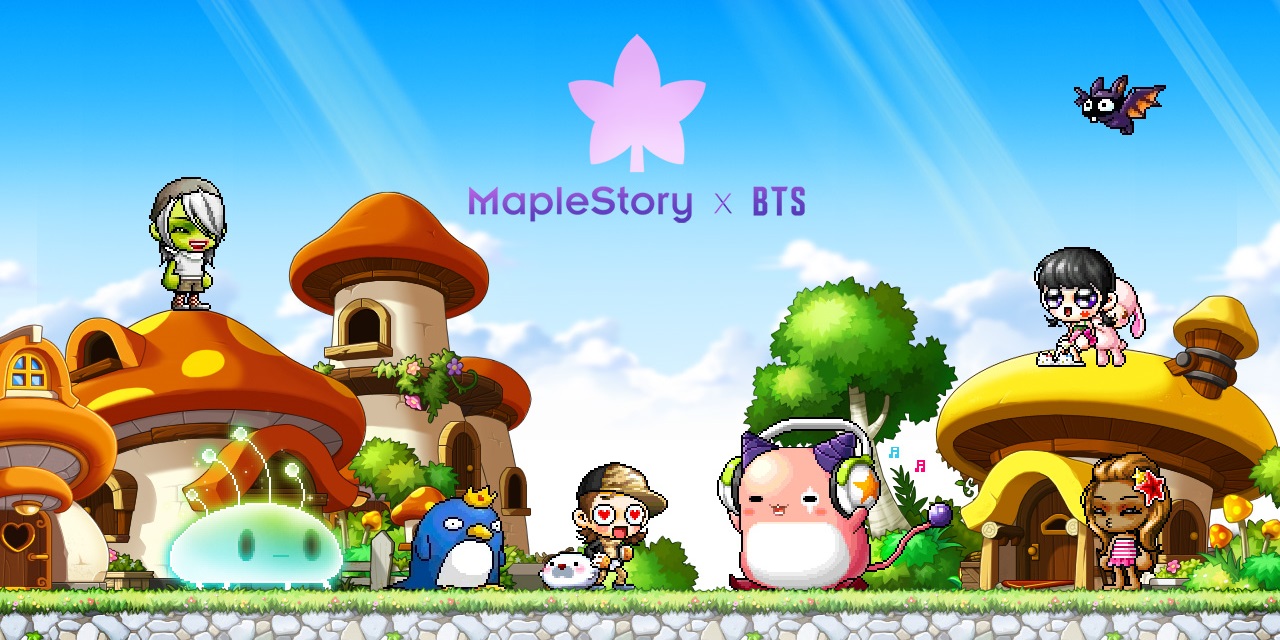 Earlier this week, Nexon announced a MapleStory X BTS collaboration between global record-breaking pop superstars, BTS, and the iconic MMORPG, MapleStory. BTS, also known as the Bangtan Boys, is a seven-member South Korean boy band that formed in 2010 and debuted in 2013 under Big Hit Entertainment. MapleStory is a long-running free-to-play side-scrolling MMORPG that released in North America in 2005. When a mobile variant was released in 2018, called MapleStory M, it reached a staggering 10 million downloads within 100 days after launch.

Leading up to the in-game collaboration in both MapleStory and MapleStory M, players will be treated to three behind the scenes videos surrounding the MapleStory X BTS collaboration with one new video releasing each week
beginning on November 25 via MapleStory’s YouTube channel at youtube.com/MapleStory. The video content will feature BTS sharing their journey growing up with MapleStory through childhood and their fondness for the game.

You can watch a teaser of the crossover below and be sure to add captions for the english translation.

More details on the collaboration will be announced. To stay up to date on the MapleStory X BTS collaboration, visit maplestory.com/maplestoryxbts and follow @maplestory and @playmaplem on Twitter.