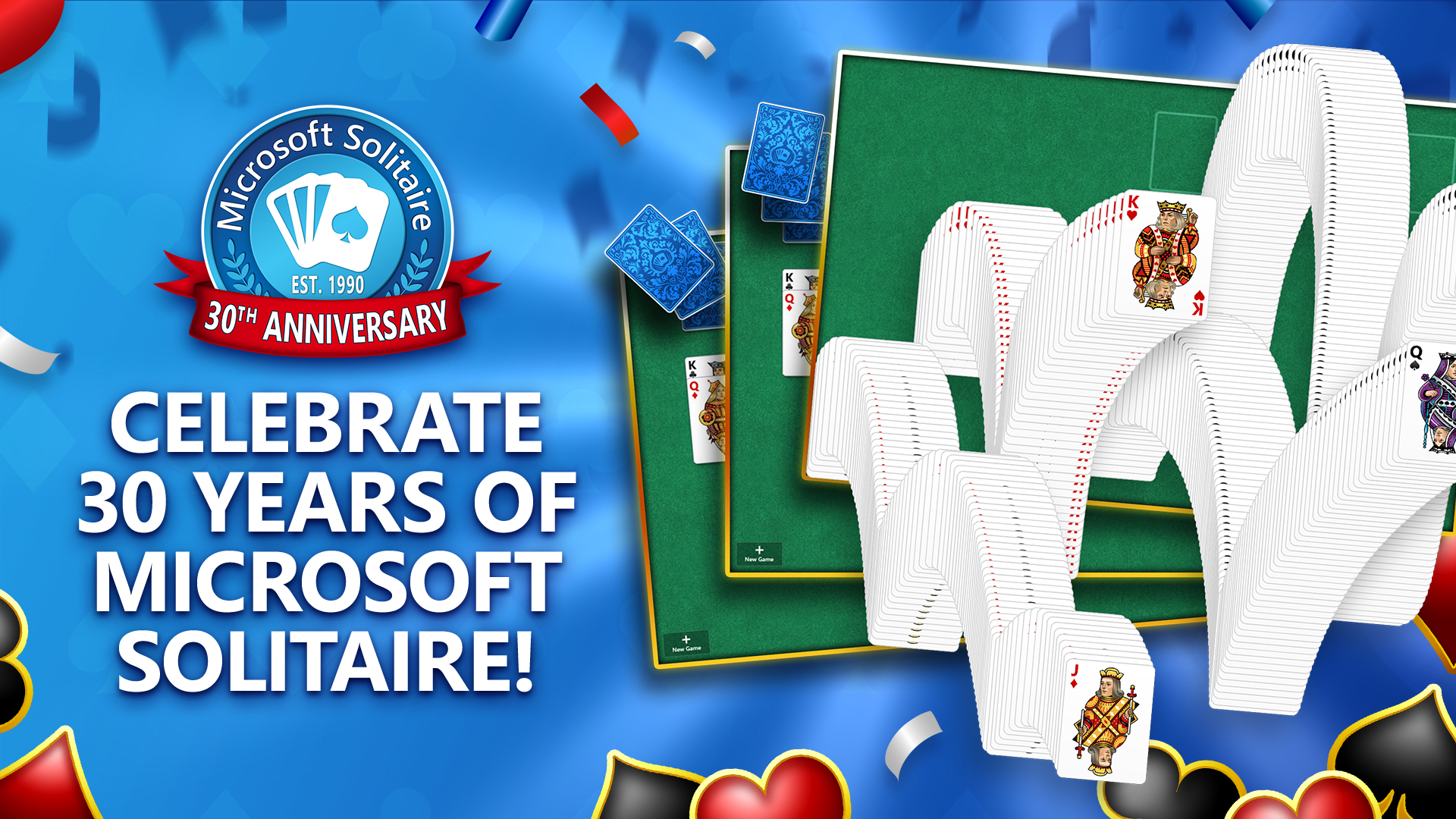 ONE of the most popular computer games of all time is celebrating its 30th anniversary this year.

You won’t find it on the bestseller lists, and yet you probably already own a copy.

According to Microsoft, the Microsoft Solitaire Collection, as it is known today, hosts over 35 million players each month, from more than 200 countries and territories, and in 65 different languages – and more than 100 million hands are still played every day around the world.

“The Solitaire we all know and love was first called Windows Solitaire on Windows 3.0 in 1990. The game helped people learn how to drag and drop items on their computer screens using a mouse, which was novel at the time.

Today, at the start of year 31, Microsoft Solitaire is played on computers, laptops, tablets, and phones in every corner of the globe, arguably by one of the most diverse gaming audiences in the world. Its Microsoft Solitaire’s unmatched familiarity and availability that’s contributed to its unending popularity, with more than half a billion players in the past decade alone, which no doubt added to the game being inducted into the Video Game Hall of Fame in 2019.

We’re celebrating the 30th Anniversary by inviting all players to join our record-breaking event today, with our goal to reach the most games of Microsoft Solitaire completed in one day.

Join us as we embark on this record-breaking mission by downloading Microsoft Solitaire Collection for free on Windows, iOS, or Android, or play right through your browser! You can also visit our 30th Anniversary Event page on Facebook for more details and extra Anniversary fun. And don’t miss Major Nelson’s interview with a pair of Solitaire experts discussing the coveted winnability rate of the game.

Whether you play to take a break and relax or to test your brain for a challenge, we offer you, our players, a sincere round of applause for your passion and dedication. For that, there’s something new that I couldn’t be more pleased to introduce for the Microsoft Solitaire community: Microsoft Solitaire t-shirts and mugs are available now for the first time ever!

It really is something special that a game called Microsoft Solitaire has brought together so many people for so many years.”

It’s worth noting the merchandise is only available from the US store, so you can buy it, but you’ll be paying in American Dollars and then there’s potentially shipping on top of that, which is almost certainly going to be more than a coffee mug is worth because shipping anything from the US to Australia just costs ridiculous amounts of money even at the best of times.

I did ask Microsoft if the merch would be available locally or if shipping to Australia would be included in the purchase price from the US, but they hadn’t come back to me at time of publishing the story so I will let you know what the information is if that changes.

At any rate, if you’ve ever found yourself stuck in front of a work computer and not wanting to do any work, there’s a pretty good chance you’ve fired up Solitaire at some point – so it’s nice to see the game is still hugely popular and there’s still so many fans around the world.