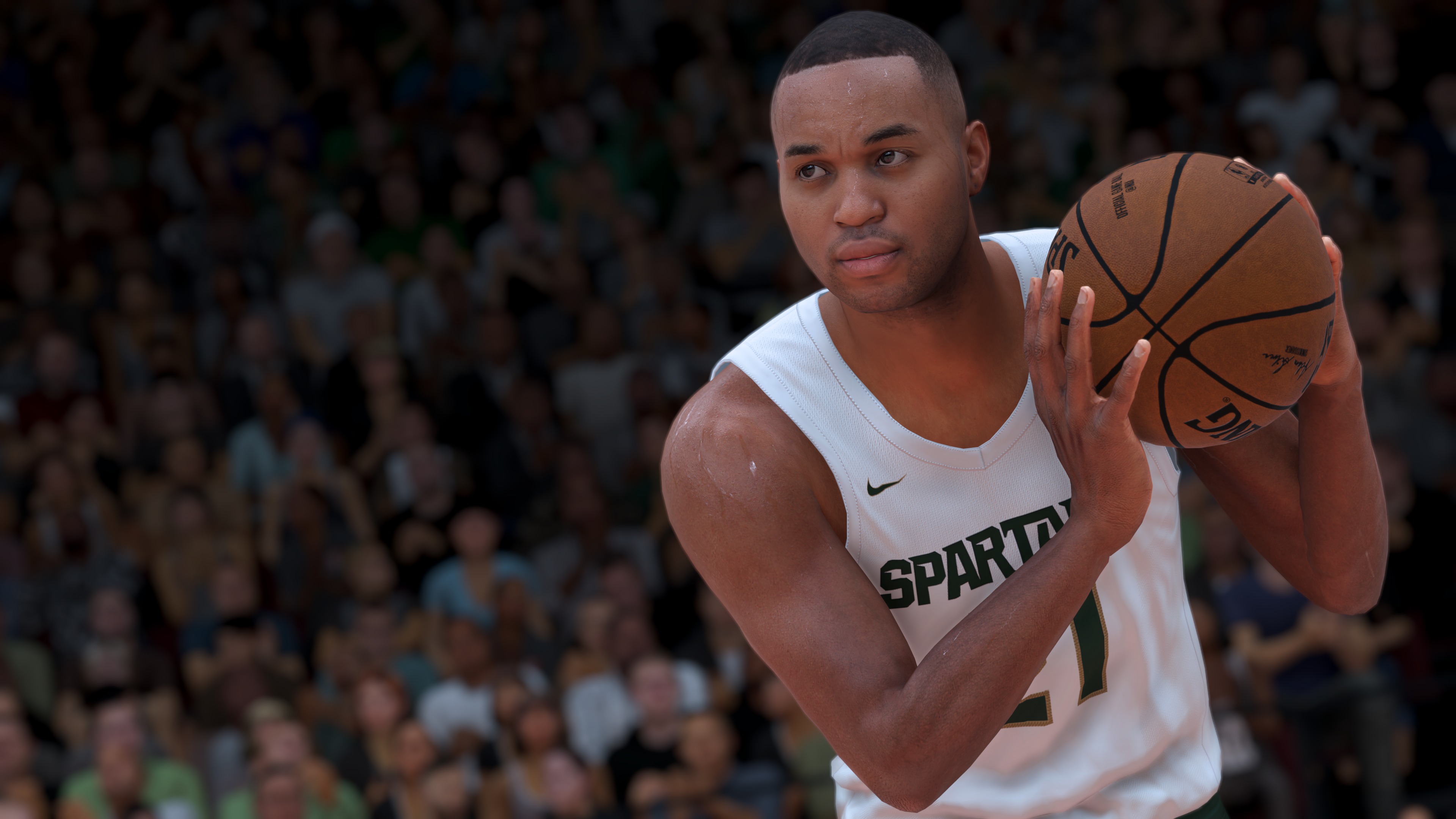 After covering everything NBA 2K21 leading up to its launch, I was excited to chuck on my jersey and dive into the annual month or two of basketball I’m able to squeeze in. And with the new seasonal content, I may have even considered making a bigger effort to continue playing. However after jumping into a couple of my favourite modes, I realized that my skill level and the skill level required to even progress were worlds apart.

NBA 2K21 took myself and a lot of other players by surprise when it launched earlier this month. Prior to its release, we already knew what to expect from this years entry of the franchise. Returning features include the standard MyTEAM, MyPLAYER, etc. As well as a new story narrative for the latter and the inclusion of the WNBA, both of which were introduced in NBA 2K20. Overall changes to mentioned modes will mainly be covered in this review but it’s the biggest change the developers made to gameplay that had myself and a lot of others talking, including cover athlete Damian Lillard.

The team behind NBA 2K21 wanted to make it the realest basketball experience found in a video game. Along with incredibly life-like player models the team deliver every year, this also included bringing back a feature unseen since NBA 2K17. The new and improved Shot Stick Aiming mechanic returns to give players an added challenge. While almost giving me a headache at the same time. Instead of freely pulling the joystick back and forth, players now have to aim their shot while dealing with opposing coverage. Luckily you’re not restricted to just using Shot Stick Aiming. This feature can be disabled and the alternative of using a designated button is also available.

What couldn’t be changed though was the difficulty that came with all of the alternatives. I thought I was out of the woods not having to deal with Shot Stick Aiming, but I was very wrong. Thinking what were perfect shots weren’t considered perfect according to the Shot Metre. Tweaking with the difficulty setting weren’t helping either. But after reading online about other player experiences, my mind was somewhat put at ease as I clearly wasn’t the only one. Even NBA 2K21’s cover athlete Damien Lillard thought that shooting was hard. It didn’t take us long at all to be heard though and a hotfix was released only days after NBA 2K21’s launch. Did it really make a difference though? Slightly. I found myself being able to make a few more shots than I was initially able to. But there’s still a large skill gap to jump across where precision and timing are absolutely crucial if you want to be good at the game. And as an amateur player, this affected my initial enjoyment of game mode favourites.

MyTEAM is a mode I went from enjoying the hell out of last year to unexpectedly wanting to play less of now. Which is a shame because I was keen to progress through the new Seasonal feature the most. These new 6-week long seasons offer rewards for leveling up as well a grand prize for reaching max level. For example, this season is offering a pink diamond Steph Curry card. Which I was hoping to be my first pink diamond card but that dream quickly diminished. The overall difficulty ranges a fair bit and I found myself getting better in some modes but worse in others.

The difficulty in Triple Threat both off and online for example was crazy. And this mode was a favourite of mine last year. Even while using my current MVP, a sapphire Zion Williamson, my shots would barely go through the hoop as easily as they would playing 5v5 Domination, Unlimited, etc. While I found myself progressively getting better in Domination, Unlimited was a mixed bag. Mostly container players much better than I. This years there’s even more reason to play online with the weekend-only game mode, Limited. As the name suggests, you’re restricted to using certain cards in your line-up. Meaning, especially for casuals like I, there will be weekends you won’t be able to enter. The perk of participating in Limited however are the championship rings obtained through victory. These rings can either be kept or traded in for prizes. After a while though I felt as if I’d prefer playing through the MyPLAYER mode instead. Not to sound like I’d rather rely on others to win games, but it was the best chance I had in regards to progression. And I can build my player up to get progressively better.

This years MyPLAYER plays out a new cinematic narrative called “The Long Shadow” and much like last years stars a few familiar faces. But honestly, I had to Google most of them. This years narrative is about the son of a well known basketball player. After spending most of his high school years playing football, he decides to take a leaf out of his fathers book and gives basketball a go in his senior year. This is also the first time you can start off in high school instead of college. 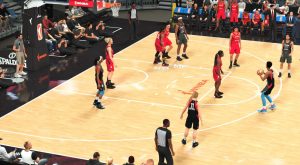 Through out your college basketball journey, you not only face the challenges of being the best at the game before the NBA drafts. You also deal with how you’re constantly perceived in the media as well as how you perform in comparison to your old man. A new found relationship also enters the picture  as you juggle your basketball career and a girlfriend. However it didn’t feel like the story completely wrapped itself up like it did last year. Either that or I completely missed the ending.

Playing through the narrative isn’t a requirement though as you’re given the option to go straight into the NBA drafts and gain access to the Neighbourhood. If you’re looking for something almost similar to a campaign then I’d say to give the narrative a playthrough. Even if it’s literally just for story purposes and nothing more than just a leg up on stat progress prior to entering the NBA Drafts/Neighbourhood. For the most part, it was an okay story. I did like how you also dealt with the pressure of your own public image. The relationship plot was a nice touch but I wish there was more to it.

Narrative aside, this years Neighbourhood is virtually the same features wise but set in a colourful new location. Inspired by Southern California with major Venice Beach vibes, the new Neighbourhood sits right on the water making it look and feel a lot more open. I absolutely fell in love with it the first time I saw it and have done multiple laps for visual purposes. It feels a lot more colourful and vibrant than last year and they’ve even included an artwork as a tribute to the late Kobe Bryant. With MyTEAM becoming less of a focus, I’m happy to call this place home.

I was hoping to get more out of NBA 2K21, but with the skill gap introduced to this years entry it made for a frustrating and rocky start. But while I couldn’t fully enjoy modes I once did in the past, there was still something there to take it’s place. I wouldn’t recommend this as the introductory title to those new to the franchise. But if it’s going to be like this from now on, it’s probably best to pick it up and get practicing.

NBA 2K21 is available now on Playstation 4, Xbox One, Nintendo Switch & Steam. It will also be coming to Xbox Series X|S and Playstation 5.