E3 2021 has already seen so many amazing announcements, from Ubisoft Forward and Xbox/Bethesda’s showcase to Square Enix and a very entertaining presentation from Devolver Digital. At heart I’m a Nintendo fanboy, so the Nintendo Direct on day four of E3 is one of my most anticipated E3 presentation. There’s been a lot of rumours about what the Nintendo Direct E3 2021 will contain. Will we see the long predicted upgraded Switch? What about more about Breath Of The Wild 2? Maybe something else entirely? Well wonder no more! Read on as I take you through the latest announcements from the Nintendo Direct E3!

Shinya Takahashi & Yoshiaki Koizumi kicked off the Nintendo Direct E3 2021 with a trailer that opened on a close up of a defeated Ganon being carried to his doom. Before we Legend of Zelda fans could all grab our pole vaulting poles and jump to the conclusion that this was anything to do with a new Zelda game, it was revealed that Kazuya Mishima from Tekken would be the latest addition to the Super Smash Bros Ultimate roster. Super Smash Bros Ultimate Director Mashahiro Sakurai then appeared to let everyone know that more information about this new character would be revealed on 28th June in a special presentation.

The Return Of Some Old Favourites…

My pick for the game of the Nintendo Direct E3 2021 was Metroid Dread (Oct 8th). A return to 2D side scrolling, Metroid Dread has Samus evading EMMI, a near-invincible robot stalking her through the game. The trailer showed off lots of Samus’s powerups, including the ability to hide from EMMI. A double pack of Samus and EMMI Amiibos will also be available. It was also mentioned that work was continuing on Metroid Prime 4.

…And Some New Gems Arrive

More familiar franchises are returning to Nintendo as well. Just Dance 2022 (Nov 4th), Cruis’n Blast (US fall) and Dragon Ball Z Kakarot + A New Power Awakens Set (Sept 24th) are all coming to the Switch in 2021.

Mario Golf Super Rush (June 25th) showed off some of its different modes. Monster Hunter Stories 2: Wings Of Ruin (July 9th) lets you team up with a friendly Monstie to take on other monsters. Shin Megami Tensei 5 (Sept 10th) has recruitable demons that you can use to battle other demons. Wario Ware makes a comeback in Wario Ware Get It Together (Sept 10th) for all your mini game battle needs.

When Metal Slug Tactics was announced earlier in E3 the first thought I had was that it looks great, but where’s Game Boy Advanced franchise Advanced Wars? Nintendo must have finally gotten all the letters I’ve sent them because Advanced Wars 1+2 Re-Boot Camp (Dec 3rd) is making its way to the Switch!

Moving on to the last segment for the Nintendo Direct E3 2021, we were given a preview of what’s to come in the first wave of Hyrule Warriors: Age Of Calamity DLC (June 18th). Players will get to enjoy the new Battle-Tested Guardian playable character as well as new challenges and weapon types, including the Master Cycle for Zelda. Wave 2 Guardian Of Remembrance will be available in November 2021 featuring new stages and an expanded roster.

Excuse Me While I Squeal In Delight

The Nintendo Direct E3 2021 wasn’t finished there. Going out with a bang, Aonuma showed off a new trailer for Legend of Zelda: Breath of the Wild 2. While not a lot was shown, it will no doubt be picked apart in the coming days by people that aren’t writing up coverage at 2am that also have to get up in a couple of hours. Starting off in what looks to be the cave from the 2019 trailer, Link is being assaulted by a gooey substance similar to malice, the physical embodiment of Ganon’s rage and hatred from the first Breath of the Wild, and Zelda falling into a depth, black-bottomed pit.

We then get images of Link falling through the sky similar to the way he does in Skyward Sword, indicating a return to skies above Hyrule. He is also sporting some new arm wear that seems to give him new abilities, such as moving through solid rock and a statis-like ability similar to that seen in the first Breath of the Wild. The trailer is capped off with images of the red malice erupting from beneath Hyrule Castle, forcing it into the air.

Aonuma said they were aiming for a 2022 release for Breath of the Wild 2, but given that it’s been two years since the first trailer was shown and this is all we got to see of it I wouldn’t be surprised to see that 2022 become 2023. I also wouldn’t be surprised if it and Metroid Prime 4 got held back for a new console release.

That’s All There Is, There Isn’t Any More

That’s Nintendo Direct E3 2021 done! What did you think? What was your favourite game? Let us know on our social media. 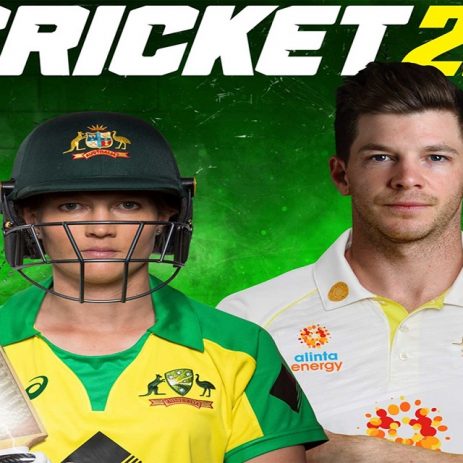