Nintendo Switch owners are reporting their consoles are warping! 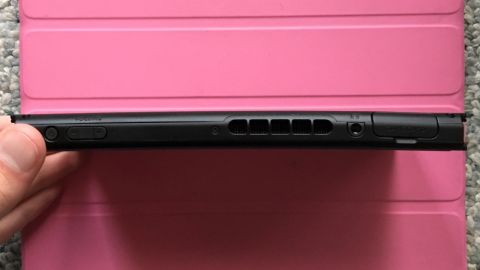 There’s been a lot of Switch bashing since Nintendo rushed its new home console to launch on March 3rd, and in most cases for good reason – it seems the rush to get it on the shelves has meant that the console may not have been tested as extensively as it should’ve been, and now it appears that owners are complaining of a new issue with pictures from Reddit user _NSR showing a warped console due to poor heat dissipation from leaving it docked for too long.

This prompted other Switch owners to take a look at their own consoles..

User tge90: “Ya, I was looking at mine 2 days ago and it looks like its starting to bend the same.”

User Magnaha23: “I actually checked my switch after seeing this. It’s starting to do the exact same thing just not as bad as yours yet.”

User Big_Bears: “Oh shit, this is a real thing. I just checked mine and it is bent the same way.”

Website TechnoBuffalo even put a straight edge tool to its unit and found similar warping.

Hopefully this is an issue that can be resolved in future production, but for you early adopters out there, it wouldn’t hurt to take a good look at your Switch and see if you notice it smiling (or frowning) back at you

Have you noticed your Switch has warped? Or have you had any other issues that have been reported? Tell us on facebook!