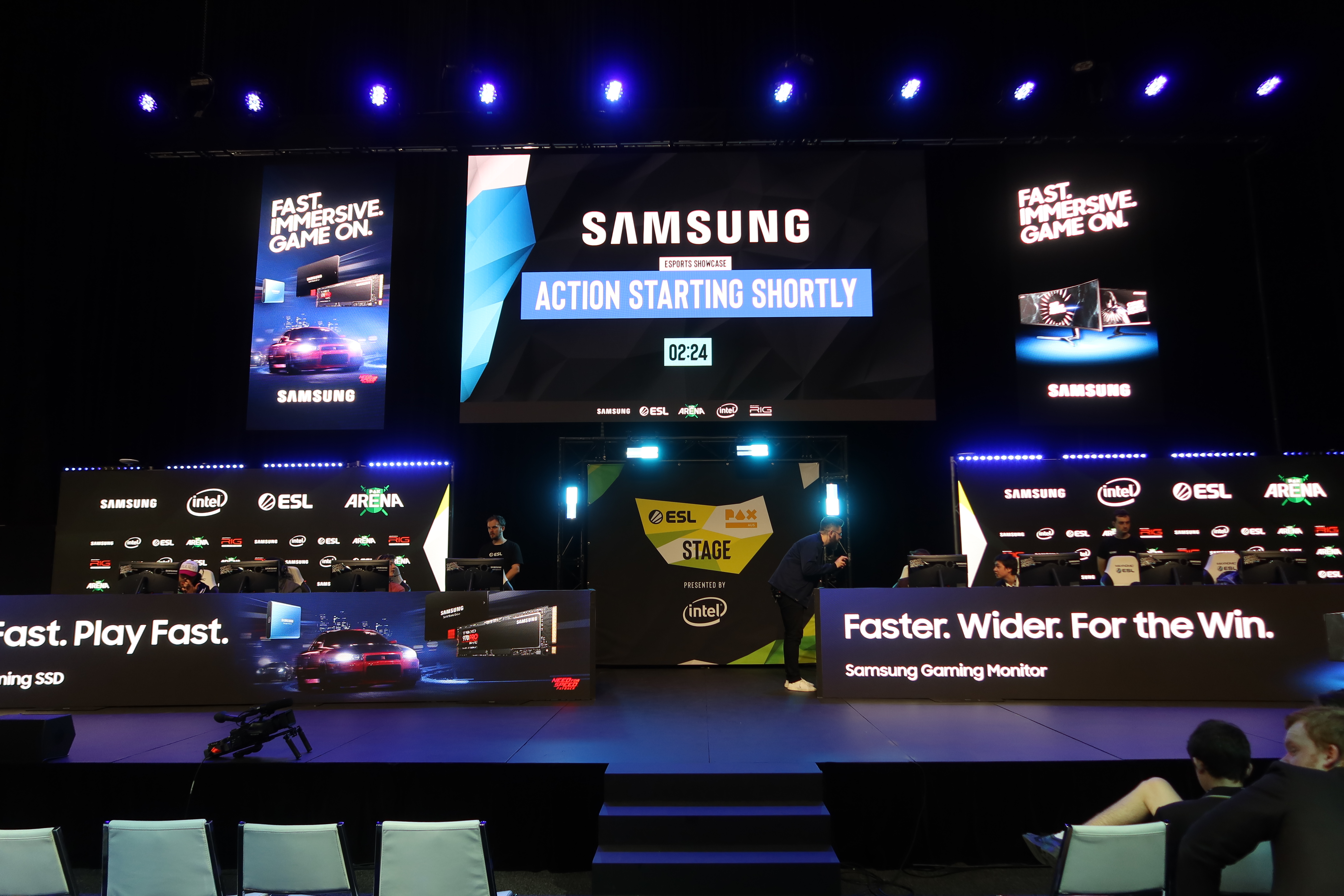 It’s that time of year again! PAX is once again upon us and gamers from all over Australia are descending upon Melbourne for the countries biggest gaming expo. Samsung are coming in swinging with some incredibly advanced gear to upgrade your gaming gear as well as supporting Aussie ESports to get us out there on the map. The team have brought their best and brightest to PAX this year with a MASSIVE 5K curved monitor that you need to see to believe, PubG on this thing is a game changer!

If you need a hard drive, the brand new range from Samsung is worth checking out for your upgrade, and it’s not just for the PC gamers, there is a seriously powerful SSD for console gamers that will load games faster than the internal drives on the consoles! The 970 Pro Evo Plus interface uses the latest in V-Nand tech with read/write speeds up to 3,500/3/300 MB/S. It can have up to 2TB capacity and is the best choice for high end gaming. For console gamers the portable T5 and X5 Thunderbolt delivers up to 2TB capacity and connects as an external hard drive to consoles. You can get an impressive 2,800/2,300 MB/s on the X5 and up to 540mb/s on the T5. It is also super compact and lightweight making it easy to transport about if needed.

Samsung are also showcasing for the first time their 8K 98inch TV display at the Xbox booth showing some Cyberpunk 2077 content which is well worth signing up to check out.

If Esports is your thing, Legacy Esports players are on the Samsung stage playing Fortnite tournaments live fresh off their recent win in the USA. If you want to sit down and check out the monitors there are plenty of pc’s waiting for you to experience the Samsung tech. Do yourself a favour, stop by the Samsung booth if you are looking for some serious tech upgrades and watch the Legacy players showcase just why they are Australia’s best and upcoming players in Esports.

See you at PAX!