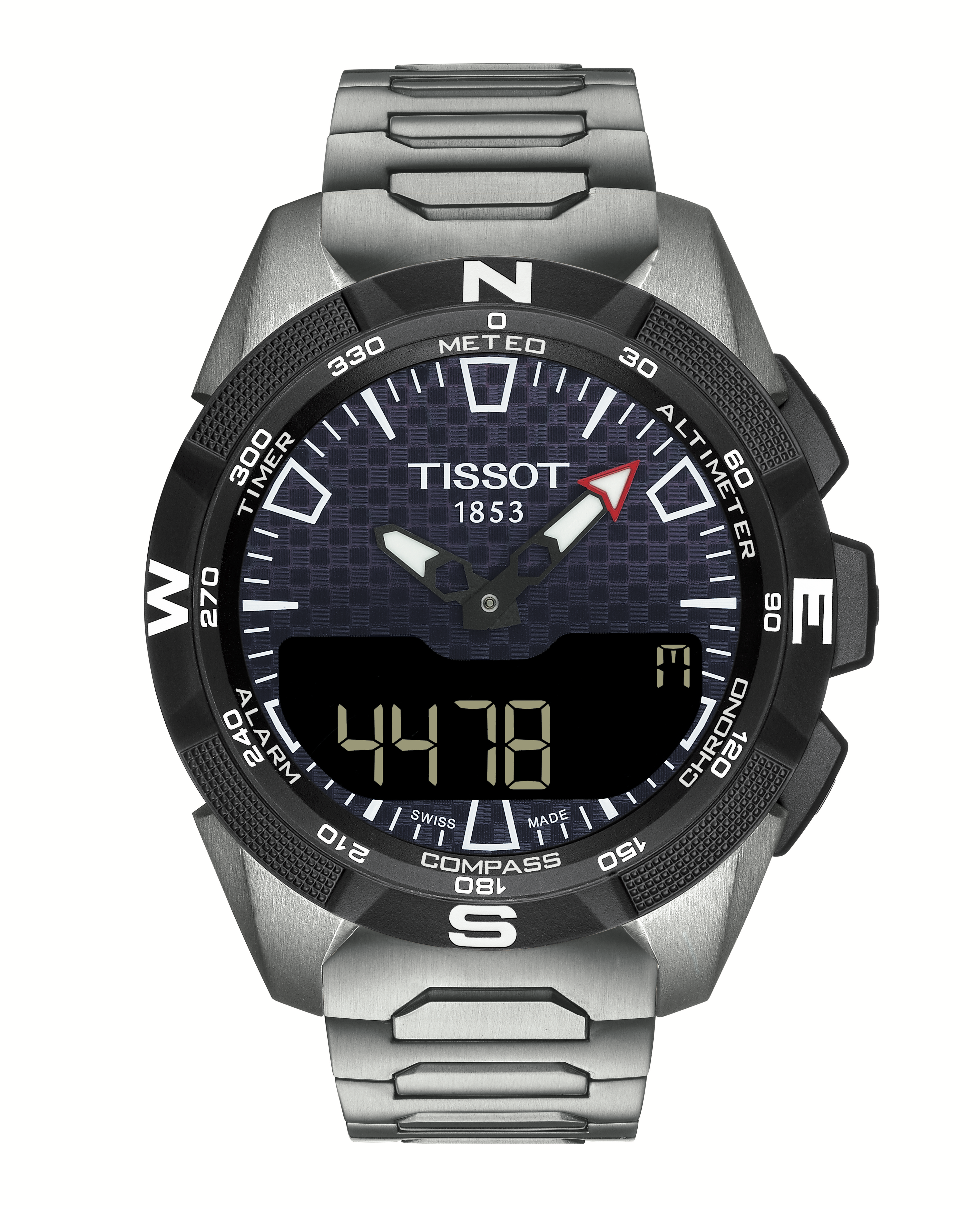 AN analogue watch with a touchscreen sounds like a modern version of one of those old jokes about “pointless inventions” such as “solar-powered torches” (they exist now; I own one), and “helicopter ejection seats” (which also exist; they work pretty well too.)

Much like solar torches and helicopter ejection seats, there is also a touchscreen analogue watch on the market and like the aforementioned items, it also works really well.

Swiss company Tissot are well known in horology circles for their timepieces, and to sports fans for their role as the official timekeeper of several prestigious sports events including the NBA, the Tour De France and the MotoGP. They’ve also recently made the  move into e-sports (and there’ll be a story on that coming soon.)

As a watch enthusiast myself I thought this would be a good time to take one of the company’s tech-based watches out and test it – in this case, the Tissot T-Touch Expert Solar II.

With an RRP of AUD$1725, the Tissot T-Touch Expert Solar II comes in a 45mm case Titanium case with a ceramic bezel ring and titanium link strap, all weighing in at 123g. It’s a big watch but that suits me nicely since I have big hands and like big watches.

The T-Touch watch has an analogue display and hands along with a digital readout at the bottom with date and timer info and all the other stuff that’s been pretty standard in digital watch displays since the 1980s.

What makes the T-Touch stand out is that the glass is a touchscreen and the watch has several fascinating features in it that you wouldn’t normally find in a watch – like an actual compass, a barometer and an altimeter.

There’s also a regatta timer, a countdown timer, a chrono split and lap feature, two alarms, and a second time zone feature, as well as a digital perpetual calendar with day/date too.

The watch is waterproof to 100m, which means in practical terms it can handle being in the shower, going for a swim/snorkel, or being on your wrist when you fall into a river, but it’s not designed for scuba diving,

It’s not a smart watch in the traditional sense either, in that it doesn’t have Bluetooth connection to your phone or step counters or heart-rate monitors or GPS geolocation or message notifications or anything like that; but it doesn’t pretend to be a smart watch and it’s not aimed at that market segment.

While most watches are powered either by a mechanical mechanism (automatically or manually wound, depending on the watch) or a quartz battery that needs periodic replacement, the T-Touch Solar II draws its power from sunlight – in fact, pretty much any light (it just takes longer to charge).

The design has been around for a while (it first launched in 1999) but it’s recently undergone something of a refresh.

The watch is solidly made and feels really good on the wrist – reassuring but not too heavy – and I really liked the aesthetic of it, combining elements of traditional sport watches and diver’s watches. I have large wrists so the size was good for me, but if you have smaller wrists you may find the watch on the large or chunky side.

The watch was relatively easy to use too (being a touchscreen really helped) and while some of the features (the Regatta timing, for example) seemed a bit… pointless, there were some legimitely useful elements in there too, notably the compass, barometer and altimeter.

Tissot only lent me the watch for a few days so I didn’t get the chance to take it out hunting or go for a bushwalk with it or anything like that, but I did test its suitability for wearing while gaming and can confirm it did the job nicely.

I tested it while playing several games including Iron Man VR on the PSVR, Streets Of Rage 4 on the Xbox One X, and Doom Eternal on PC with no problems at all – it didn’t get in the way, didn’t malfunction, and didn’t interfere with my gaming experience at all – I mean, for AUD$1725 I’d be worried if it did any of those things but it’s still worth checking.

The timer features were helpful too; the only major criticism I have are the bezel doesn’t rotate and I’m not sure how the watch getting dirty or muddy might affect the touch-screen operation. It also would have been nice to have an actual temperature display in there too, to complement the barometer.

Ultimately the real test of a watch is “Would I personally wear this?” and “Would I spend my own money to buy one, if I had the budget available?”

The answer in both cases for me with the Tissot T-Touch Expert Solar II is “Yes”. I liked the watch, it felt good on my wrist, it was well made and many of the features in it are things I’d genuinely use (particularly while out in the bush).

At around AUD$1725 it’s not a cheap watch (and admittedly outside my current budget for horologicals) but if I had the funds available I can see it having a well-used place in my watch case – and looking good on my wrist while I game, too.