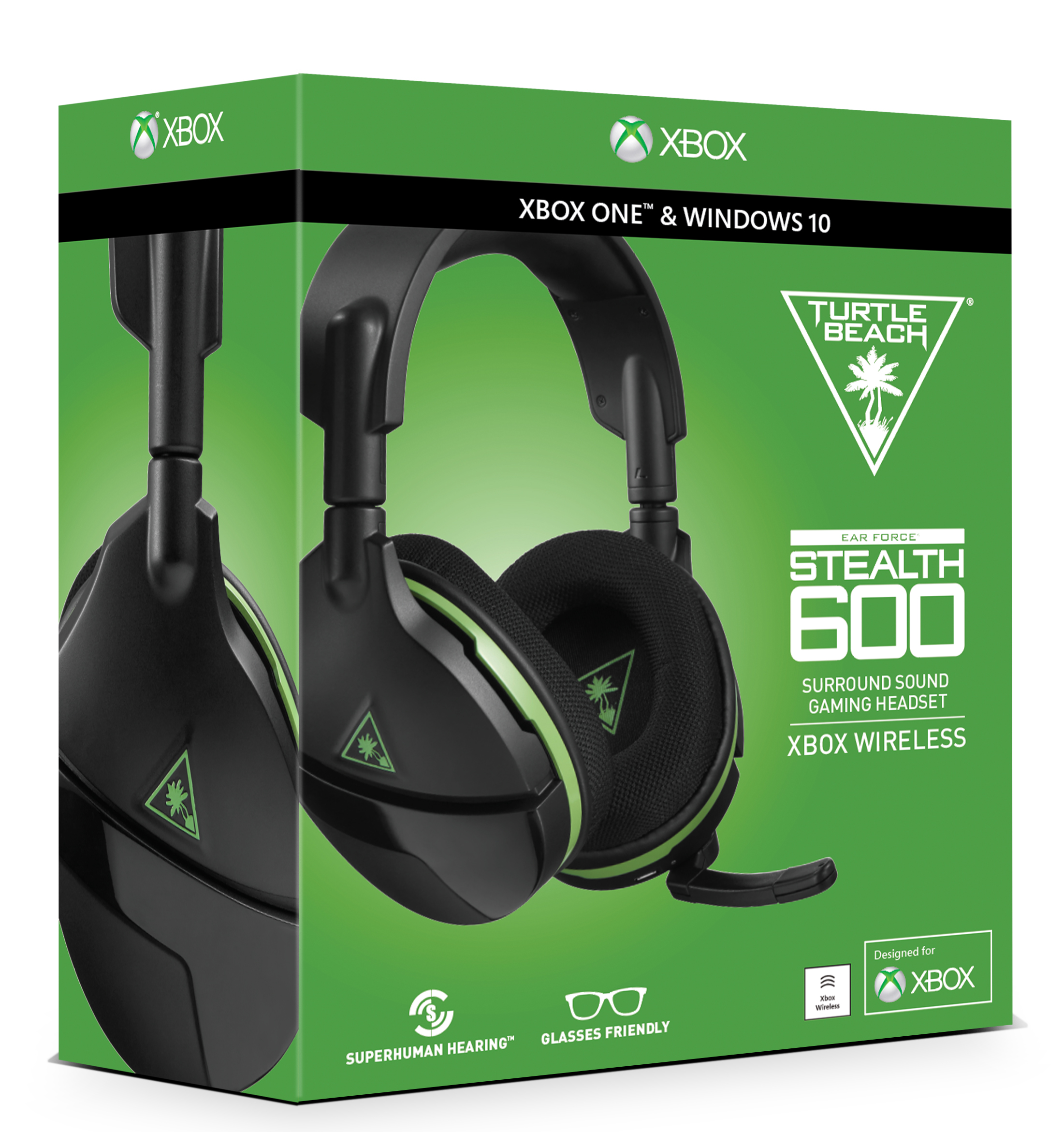 Turtle Beach Stealth 600 Wireless Headset for Xbox One: A Review

CABLES are the nemesis of pretty much every gamer, regardless of platform. Sure, one or two are fine, but before you know it you’ve got what seems like dozens of them snaking everywhere, getting tangled up, disconnecting important things when you pull the wrong one – we’ve all been there.

That’s why wireless headsets are such a welcome addition to the serious gamer’s accoutrements, and the latest offering from peripheral manufacturer Turtle Beach combines function and comfort with affordability too.

The Turtle Beach Stealth 600 headset for Xbox One is a wireless headset which connects directly to the Xbox; essentially, they’re the wireless version of the Stealth 300 headphones – and that’s a good thing.

The sound quality is quite good, and the headset is Windows Sonic capable and also comes with separate volume controls for chat and the game, along with a 15 hour battery and a flip-to-mute mic.

It’s also been designed with glasses wearers in mind; featuring a “ProSpecs comfort-driven design [which] removes pressure on your glasses while you play” – it’s basically a soft foam padding for the earpieces and it does work well.

Turtle Beach say the headset includes their proprietary “SuperHuman Hearing” technology – supposed to let you “hear all the subtle yet game-changing sounds, like enemy footsteps sneaking up on your six, other players reloading their weapon for an ambush, and vehicles off in the distance approaching with reinforcements” (according to Turtle Beach’s marketing material), but while I didn’t notice the Stealth 600s being any better in this regard than any other decent quality headset, I thought the sound quality was very good and clear.

I tested it with Red Dead Redemption II, Strange Brigade, Forza Horizon 4 and Sea of Thieves and could hear everything that was going on with no problems at all, and the surround sound effect from Windows Sonic seemed to be functional well too – I could definitely hear the sound “moving around” to match the action on-screen.

The battery runs for about 15 hours and charges by a garden-variety Micro USB cable (there’s one in the box, too), and there are four EQ levels which can be further tweaked with the Turtle Beach software

The major downside to the Stealth 600s is that, unlike the Stealth 300s, they can’t be connected to another device (at least, not that I could ascertain) besides and Xbox One – they don’t have a 3.5mm plug or a universal Bluetooth connection, so you can’t plug it into your phone or connect it to your PlayStation 4 or your iPad.

Depending where you get them from, the Stealth 600s are anywhere from $129 to $169 and for the money they’re a good set of headphones that will do everything you need – as long as you accept the only thing you can use them on is your Xbox One.