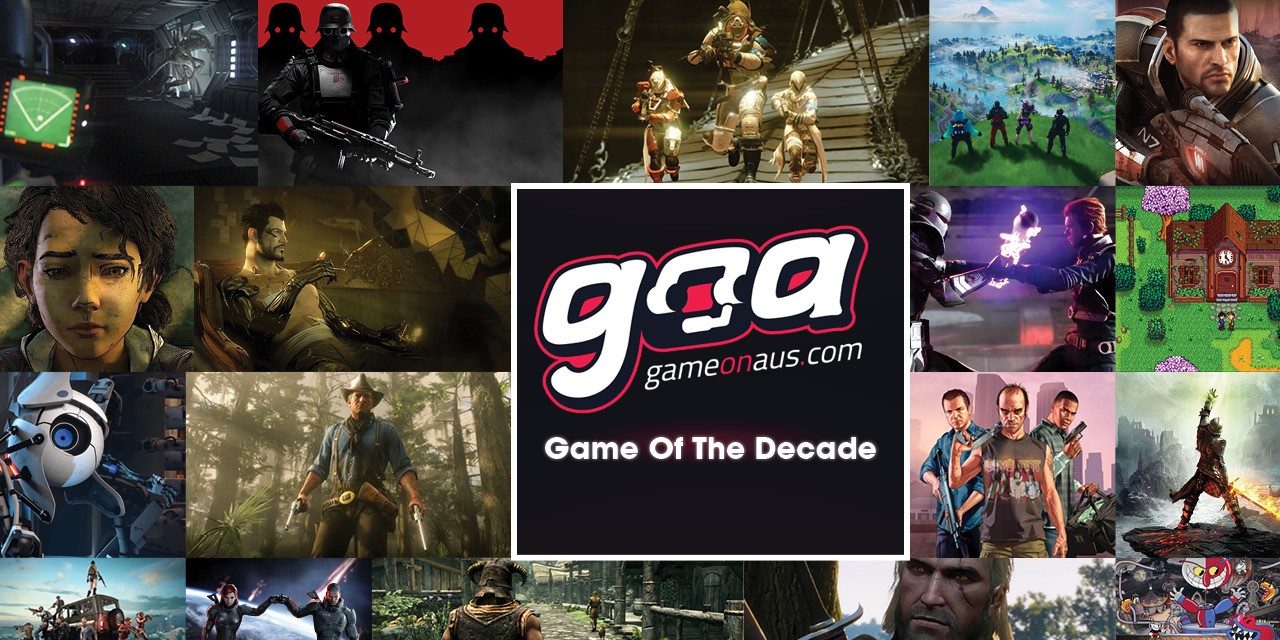 Around eight weeks ago, we set out to see what the Game on AUS community thought would be Game of the Decade, 2010-2019. We started with a list of 100 of the highest quality games from that decade, with such titles as The Last of Us, Borderlands 3 and Elder Scrolls Online. You, the legendary gamers within our community, voted over the Christmas and New Year break to get down to the top 10 finalists which were the best games voted from each year.

Thanks to everyone that participated by putting their votes forward and congratulations to CD Projekt Red’s The Witcher 3: Wild Hunt!