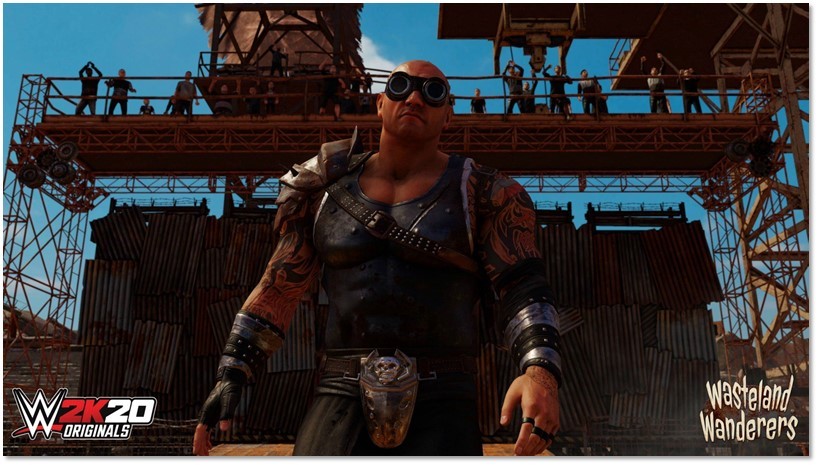 Following the Halloween themed WWE 2K20 Originals, Wasteland Wanders brings in the new year with new content including Towers, WWE Superstars, Arenas plus much more. This new paid DLC is set within a post apocalyptic wasteland. Think Mad Max and the Thunderdome, except it’s wrestling and Mad Max is Seth Rolins.

Invited to a wrestling tournament held in a now ruined city, Seth the Wanderer eventually becomes imprisoned and must fight his way through multiple opponents before reaching the powerful Overlord. And this isn’t a fight for water or rations either. Along with the new Originals story there’s heaps of new content available.