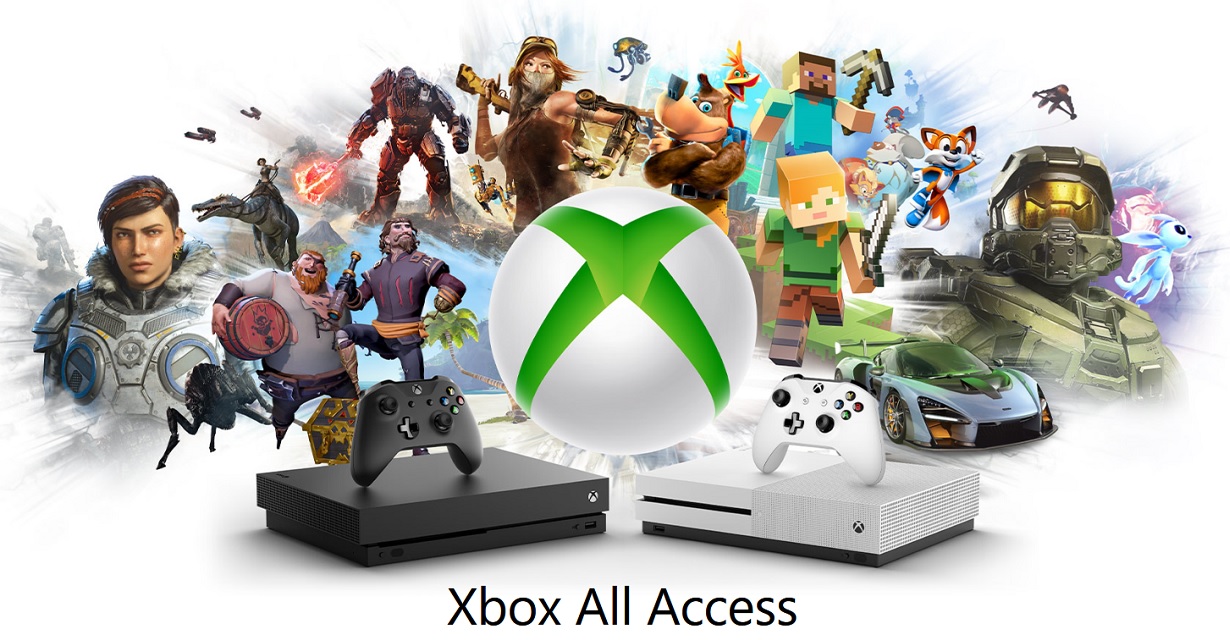 Announced overnight, Xbox are reintroducing Xbox All Access for players in the US, UK and Australia. Further to this, the program now includes an all-new upgrade option for the next Xbox console, Project Scarlett. Xbox All Access is a monthly subscription that gives you a complete package to get you playing the latest games on a brand new Xbox One X or Xbox One S, along with access to over 100 games and the ability to play games online with your mates. This is perfect timing for those like me who haven’t yet taken the plunge into a Xbox One X and were hesitant given the pending release of Project Scarlett next year, launching alongside Halo Infinite.

Xbox have partnered with Telstra for gamers here in Australia, so here’s the catch. With most offers like this there are terms and conditions and they’re well worth reading. To get Xbox All Access, you need to have an existing or take up a new month-to-month plan. This includes month-to-month plans like mobile and fixed broadband plans. Existing Telstra customers who only have pre-paid or are small business customers are not eligible to take up Xbox All Access. Xbox All Access is an exclusive to Telstra, standalone offer and can’t be combined with other offers, such as temporary price reductions or trade-ins, unless specifically stated.

If you cancel your monthly service within the first 24 months, you will need to pay out the remainder of your Xbox as a once-off payment. If you are converting your existing Xbox Live Gold and Xbox Game Pass membership(s), they will automatically convert to Ultimate at a conversion ratio. Your Xbox Game Pass Ultimate token is included in the console box and must be redeemed to your Microsoft account to activate the service. After the first 24 months, you will need to sign up to a standalone Game Pass Ultimate Subscription at the standard in market rate, currently $15.95 per month.

It’s a tempting deal for me. My wife’s mobile contract is with Telstra, I’m still using the original Xbox One from launch and already paying $15.95/month for Xbox Game Pass Ultimate. My home theatre is only 1080p as I can’t afford to upgrade to 4K, so for me the upgrade would be purely for performance and to keep up with the latest game releases which are getting more powerful. Still, my trusty Xbox One hasn’t faulted yet, and as it the case with most Telstra things, do I want to be locked into a 24-month contract? I’ll have to discuss this with the Chief Financial Officer, my wife. It will also depend if some of my mates are looking to upgrade too, at which point I’d want to join them for even better co-op gaming goodness. For others, it might just be a way to get them over line in buying the latest console now with an upgrade path to Xbox Scarlett available next year.

It’s not yet clear what the upgrade path to Xbox Scarlett entails. There could very well be an extension to the contract when you change to the Scarlett, but it’s not clear yet so be cautious in your planning. The only terms I can find are that Xbox All Access customers can buy out their hardware at any time and upgrade once it’s available. So you can enjoy right away the great value in gaming that comes with the Xbox One S, or the world’s most powerful console the Xbox One X – and move up to Scarlett when it’s released. More news on upgrade options and offers for new and existing customers will be released by Telstra early next year.