November 2021 will mark twenty years of Xbox, and it’s almost been a year since the next-gen Xbox Series X/S consoles launched worldwide. I’ve been lucky enough to play the Xbox Series X since then and whilst there hasn’t been too many games that have been exclusive to the consoles, it’s definitely been worth having access to their power and performance. One of our founding Directors, Dan van der Meer, aka Capt Albion, only recently got his hands on the Xbox Series X a couple of weeks ago. Whilst he’s only had it a short time, I wanted to check in with him to get his early first impressions on the console and what games he’s been playing (yep, still bloody golf games!).

Dan’s origins with the Xbox started watching his little brother play the original Xbox, but Dan wasn’t truly hooked until one long break from uni when he got stuck into Tiger Woods PGA 2003. Later he bought the Xbox 360 to smash out endless nights of Perfect Dark and the rest is bloody good gaming history. Now, powered by the Xbox Series X, here’s Dan’s thoughts so far after a couple of weeks of glorious next-gen gaming.

So, there’s a bit of a running joke with the old blokes that I play Fortnite with, “Dub Boys”, that I thought I would finally put to bed with the arrival of my brand, spanking new Xbox Series X. For the uninitiated, my dear Xbox One died a sudden death in June of this year, and stupid me thought it would be just a matter of taking the money I had saved down to an electrical goods retailer (or EB Games) and handing over said cash for a glorious, brand new Xbox Series X. How wrong I was!

What ensued was 3 months of pain. Reluctant to buy one through Gumtree or Marketplace (little trust, and f*ck those bastards who hold us gamers to ransom for more money), I finally got a pre-order in for my Xbox Series X through a snap EB Games pre-order. Two of the magnificent Game On AUS community helped me out big time. Gammah and The Historian himself! What was meant to be a mid-October “ready” date, turned out to be a mid-August ready date. I got the bloody call that every gamer dreams of, and two weeks ago, I dropped down to my local EB Games to pick up the magnificent piece of hardware. I got so excited, I filmed an unboxing!

Now that you’re caught up, let’s get back to the running Fortnite joke. One of the members of my Squad, Bear, has had an Xbox Series X for months now. In the most recent change to the game, where you can get abducted by aliens for a chance at gold guns, Bear would always be laughing at the rest of us when we’d actually get abducted. The processing power behind his Series X meant that he would arrive at the alien lobby about 10 seconds before the rest of us… maybe more? That bastard Bear would consequently dance in the lobby and have a bloody good time by himself, whilst the rest of our squad were still languishing in the alien tractor beam. By the time I finally got to the lobby to join Bear in a dance-off, the alien game would start and I wouldn’t get to dance. Bear has given me so much shit about it. The bastard!

But therein lies where I’ve been so impressed so far with the Series X. The pure processing power. All lame Fortnite references aside, the biggest difference I’ve noticed is just how quick load times are. Another game I’ve been hammering of late, PGA 2K21, loads SO BLOODY QUICK on the Series X. I’m talking 20 times faster than what it did on the Xbox One. In a day and age where time is more precious than ever, this is what the Series X gives you. More time to game, and everybody got time for ‘dat! Admittedly, I’ve been underwhelmed by the amount of Xbox Series X only titles that I actually want to play. I can count a grand total of none right at this moment. But, the cavalry are coming, starting with Halo Infinite. Clearly, as an Xbox aficionado, I have a long-term relationship with the franchise, but that aside, I’m just keen to see what this baby can do.

My only gripe with it – and this is more on me that the Series X, is that I have to somehow convince the wife that we need a new TV for the gaming room. My (very) old Samsung LCD TV is not doing the Series X the justice it deserves. So much so that with each game I’ve played, I’m actually losing a little bit of real estate on the screen. It’s only minor, but it’s annoying. Clearly there’s a worldwide shortage of Series Xs, and clearly there’s no real reason game wise to get one now, but the pure processing power alone (now that I’ve experienced it first hand) suggests that for any console gamer who’s got an Xbox lean, it’s time to find a way to get one. They’re a gaming powerhouse! Think about it, think how fast technology moves. My old Xbox One was purchased in 2013. That’s almost TEN YEARS ago.
My new Series X is eight years more in the now. And that’s why it’s rocking my house!

And you know the worst thing about this whole story. I finally get my Series X and hit a night of Fortnite with my squad, and EPIC removed the abduction feature. So I’m still yet to dance with Bear in the lobby, the bastards!!!

So there you have it, Fortnite and PGA2K21 are getting flogged by Dan. For me, I’ve been very fortunate to have been able to play the Xbox Series X since launch. I still have the original 2013 Xbox One in my theatre room and, despite being primarily a media centre for my two daughers under four years of age, I will jump on there to play some child-friendly games while they’re playing in the room with me. I can certainly feel the performance difference and particularly load times. Bloody hell do some games take forever to load on the OG Xbox One. 10 months ago I wouldn’t have noticed as much, but the Xbox Series X is just super fast getting into games. And that’s if the game isn’t one of the five stored ready to go with Quick Resume.

Quick resume really is incredible. A little while back we had Dan’s brother-in-law Scott review Monster Energy Supercross – The Official Videogame 3. I pre-downloaded the game at my place and loaded it up to make sure it was all downloaded and ready to go, unplugged the console and drove to his place 40 minutes away. We cracked a beer whilst setting it up and after clicking the power button, it detected his 4K TV and instantly loaded straight into Monster Energy Supercross, all in the time it took us to walk over to the couch and grab the controllers.

In terms of games for the Xbox Series X, there haven’t been too many exclusive titles and they’ve been pretty niche, as well as most launching on PC. I’ve enjoyed the likes of The Medium and Microsoft Flight Simulator, and there’s plenty more on the way with Forza Horizon 5 and Halo Infinite as two of the bigger titles for me. However there’s been a heap of games that have been optimised for Series X/S like Assassin’s Creed: Valhalla, Gears 5 and Watch Dogs: Legion. There’s also a large range of older Xbox games that have been given an FPS boost such as Dragon Age: Inquisition, Alien Isolation and heaps more.

If you can get your hands on one, I’d say it’s more than worth investing in the Xbox Series X or Series S. It’s bloody tough trying to get one still even 10 months out from launch, but the future of Xbox gaming is looking incredible. In fact, gaming in general is looking amazing as we approach the ‘holiday’ period and heaps of 2022 releases have been announced already. This is why we just bloody love gaming. Be sure to use #Xbox20 on social media to share your favourite Xbox moments, stories, friendships, prized possessions, achievements and game on! 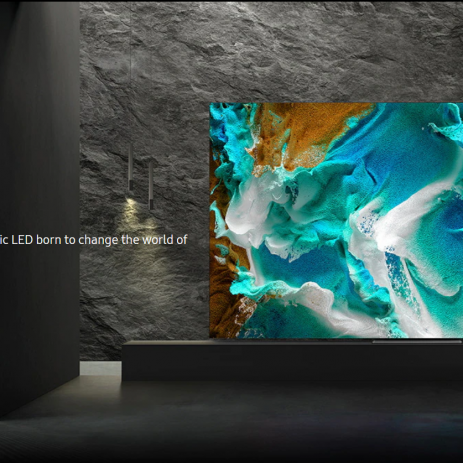