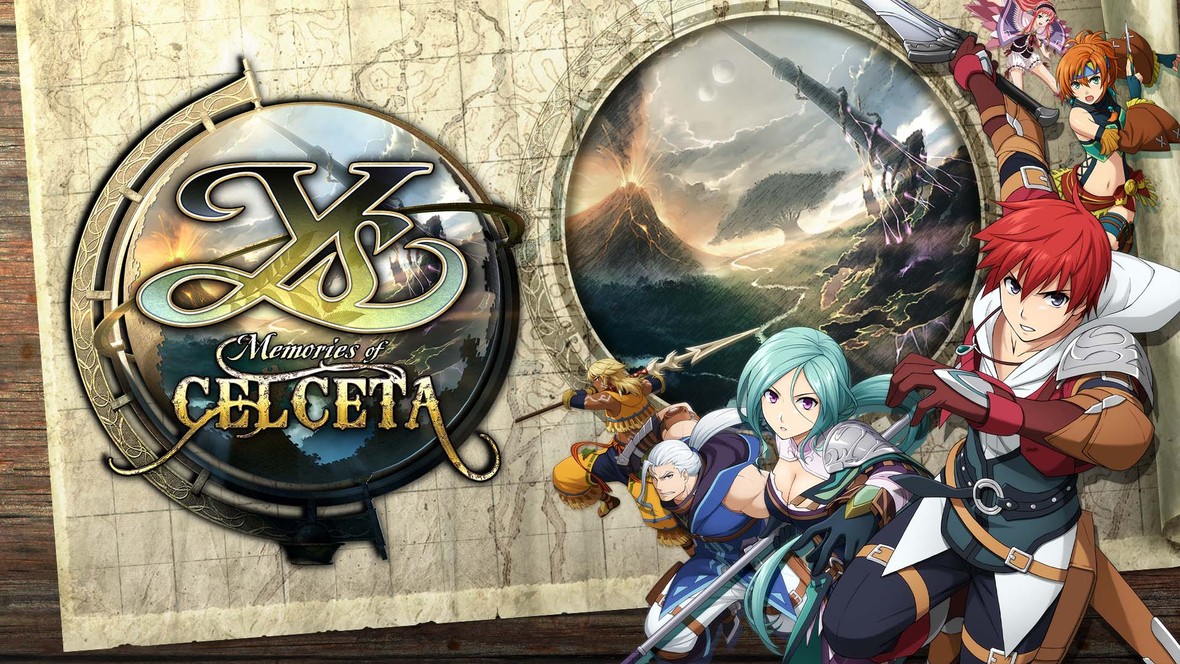 When the Playstation Vita was first released, it didn’t receive the recognition/reception it so desperately needed here in the western world. Game stores never had the greatest selection when I bought mine in 2014 and over the years it was the same AAA games on the shelves. I was never aware of the many hidden gems contained in the portable console’s library. Ys: Memories of Celceta is a prime example which luckily was remastered for Playstation 4. And this gem is a special one as it shines even brighter the further you progress.

Originally released in Japan in 2012, Ys: Memories of Celceta had a somewhat dragged out release worldwide making its way to North America in 2013 and then Europe the following year. Honestly, this is the first time I’d heard of the Ys series even though it’s 30+ years old. But after spending 30+ hours playing through Memories of Celceta, I’m eager to try out the other Ys titles available for the Australian region. 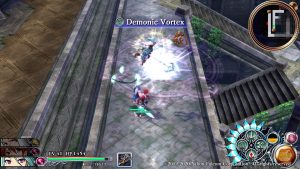 Ys: Memories of Celceta tells of the adventures chronicled by young adventurer, Adol Christen. But even though Adol has recorded his travels in over 100 books, he’s lost all memory of who he is. After waking up in a town called Casnan, he searches for answers by asking townsfolk for help. With the help of a not so familiar face, you discover your name and that you were last seen entering the Great Forest of Celceta. Which coincidentally works perfectly for the job Governor General Griselda assigns you. Your task throughout Memories of Celceta is to map out the Great Forest in return for a large reward. However the task isn’t going to be easy as the Great Forest of Celceta is known for its dangerous monsters. Alas, you and your new friend, Duren, make your way in there once again.

From the start I thought that this action-JRPG only consisted of one main cluster of gameplay mechanics: exploring unseen areas of the map fighting monsters, collecting resources and then returning to town for upgrades to defeat stronger monsters in my way until you explored the entire Great Forest. For a period of time this is somewhat true and to be honest I wasn’t overly mad either. But there’s a lot more to do than just resource collection and exploration. As I continued to progress through the Great Forest I came across other townships which would offer better gear and new side-quests. But with everything I was already doing I didn’t really give side-quests much priority. Discovering towns also gives the story a chance to progress. The people you meet along your journey already know who you are, whether it be on good or bad terms. However there’s a special few out there willing to help you remember all your lost memories and will also join your party. There are five interchangeable characters who periodically join in on your adventures each bringing with them their own strengths. Some will definitely be stronger than others against certain foes however I found myself playing favourites with a few of them for most of my playthrough. 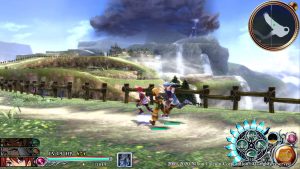 While the towns break up the gameplay with chunks of storytelling, the nearby dungeons are also an added breath of fresh air. Taking you off the beaten track, these dungeons are well designed offering more monsters, puzzles, loot and of course, the big bad boss fight. While I did enjoy a couple of the boss encounters, the rest of them weren’t much to write home about. Don’t get me wrong, they were challenging but the execution could have been better. Many involved special “exposed weak spot” moments which got old after a couple of encounters. Some also seemed to unnecessarily drag out by giving me nothing to do but run away from attacks for extended periods of time only to get in short bursts of damage in between. While boss fights weren’t positively memorable, the rest of the dungeon instance was purely because of their design and execution. Each dungeon just got better and better with the last few at the end of the game being true highlights. For me puzzle integration is what makes a great dungeon and Ys: Memories of Celceta successfully delivered a few memorable ones. Dungeons in Memories of Celceta also give you access to cool abilities which mainly help you access certain areas within the Great Forest that were once unable to. Back tracking to find new areas and better loot is not only rewarding but also a guilty pleasure of mine. I get so much satisfaction exploring every single nook and cranny to make sure I have the most gear/resources as possible. 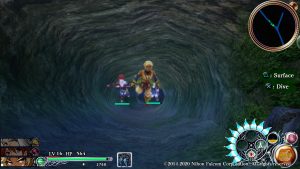 As a remaster of an eight year old Playstation Vita game, Ys: Memories of Celceta still shows its age and could have made a couple of improvements. The graphics do look smoother yet still give off a PS2/PS3 era look, which is obviously a given. But the UI is what annoyed me the most. For example, once you’ve gained a collection of artefacts you’ll find yourself swapping them over regularly. To do this you have to go into the main menu, then another menu, then scroll across to the next menu just to access them. The same also applies to the inventory. Luckily there’s instant access to the map straight from the game screen but I would have definitely preferred shortcut access to other key features. And speaking of key features, there’s a very annoying lack of of an auto-save feature. This isn’t even about age, auto-save should be a huge part of most games. Unfortunately for me there was a moment where I had forgotten the most important rule: “Don’t forget to save!” This as well as forgetting the games lack of auto-save one late night led to losing an hours worth of gameplay. I’m lucky it wasn’t a whole session that was lost but I was still annoyed none the less. It’s the sort of back tracking I don’t enjoy.

Some features may either be janky or missing but the rest of Ys: Memories of Celceta delivers a memorable adventure and has also gained a new fan of the Ys series. It’s concept may be very simple but like I mentioned earlier, its gameplay just gets better and better the further you progress.

Ys: Memories of Celceta is now available for Playstation 4 and I give it an 8 out of 10.