NOT everything we do at GOA is reviews, news, tournaments, competitions, or having an awesome podcast.

Some of the team – particularly me – have Opinions™ on things that we’d like to be able share, discuss, pontificate upon, or even just shout into an empty, uncaring void, and where better to do it than in an editorial piece?

Hello, I’m Royce “Zulu” Wilson, GOA’s Technology and Features Editor, and this is Zulu After Dark, a sometimes treat where I invite you to come on a journey with me as I write about various aspects of gaming, pop culture and whatever else I feel like at the time.

In keeping with the name, these will be timed to drop late in the evening Australian time – and also because “Zulu Sometime Around Morning Tea” is a cumbersome name that lacks a certain panache.

Anyway, for the first Zulu After Dark, I’m tackling a pretty straightforward topic – namely, “Features that video games should have but generally don’t”. So, without further ado, let’s get into it…

Who among us has not put aside a massive open-world RPG due to work/family/life getting in the way, and come back to it several months later with no idea what the hell you’re supposed to be doing?

I’m not just talking about the “Sitting on your horse at a camp in the middle of nowhere asking yourself ‘What am I doing here???’” sense, I’m also including “Having completely forgotten what the controls are” and “Wait, so who is the bad guy in this again?”

It would be great if a game detects you haven’t played it for a while and says “Would you like a quick refresher on the story so far and the controls?”

Why yes, computer game, I would love that – and so would pretty much anyone else with adult responsibilities, too.

No, not the Knife Party song (although it is an awesome song and really should be in a high profile game).

Far, far back in the prehistoric era of gaming, when screens were monochrome, disks were floppy, and hard drives could barely hold MS-DOS, games used to have what was known as “Boss Mode” or “Boss Key” – whereby you could instantly bring up an innocuous screen that looked like accounting software or Lorem Ipsum text or something that, to anyone who wasn’t right in front of it, looked like Actual Work Stuff and not computer games.

Nowadays, playing computer games at work is generally regarded as A Career Limiting Move, so what we need is something less “avoid the boss” and more focussed on parents, children and non-gaming partners.

Promised your other half you’d take the rubbish out after you’d finished the Important Work Stuff, but you’re actually getting in a cheeky round of Rainbow Six: Siege? Quick, press the Boss Mode key and the screen becomes an Excel (or more likely OpenOffice) spreadsheet that will help maintain the ruse that you are, in fact working and not effecting a breach with Buck’s Master Key.

Playing Hitman Trilogy and your small kids come in asking if you can make them dinner? Rather than expose them to Agent 47 dunny-flushing a bioweapon engineer to death, press the Boss Mode key and presto, it’s work-like Lorem Ipsum text to the rescue.

Yes, I know Alt-Tabbing is a thing now, but if you’re anything like me then alt-tabbing away from your game is liable to randomly bring up anything from “the review I’m writing” to “A Forgotten Weapons video” to “A wristwatch subreddit picture thread” to “Hilarious memes that would be hard to explain to anyone who doesn’t get the context” to “A Wikipedia page on rail transport in Malaysia”, when really you need a quick and easy guaranteed ‘safe’ screen to come up.

Everything You NEED To Know From The February 2021 Nintendo Direct

Just like in some sort of mode, which could be used when a metaphorical boss is around.

Real talk, folks: Every RTS and FPS game made in the last 20 years has more or less the same controls. We don’t need to spend an hour or two in every game being reminded that WASD is movement and C is crouch, left mouse for shoot gun and right mouse button for aim in an FPS.

It’s even more frustrating on console games, because you literally have two thumbsticks and eight buttons to work with, two of which are triggers and will invariably be “Aim gun” and “fire gun”, or the suitable equivalent in the game.

Unless your game is Red Dead Redemption II or something equally complex, or you are committing the unutterable heresy of having a non-standard keybinding and no options for the user to customise it, you don’t need to walk us through how to crouch to get underneath fallen logs or use the mousewheel to change weapons. We’ve got it, and we’ve had it for quite some time.

That doesn’t mean you should go the whole other direction and not bother with a tutorial at all, but keep the focus on stuff that’s different to every other game – or maybe have an optional “So, you’ve never played a video game before…” tutorial for that absolute first-timer.

Obviously if you’ve got some incredibly intricate and complex simulation game like Transport Fever 2 then a tutorial is a must, but for straightforward action-type games, less time stating the obvious and more time letting us enjoy the world you’ve created is a good thing and lets us get into the action faster. And even if it doesn’t, at least it’ll spare us from being constantly reminded that the right trigger button on our controllers is the one to mag-dump an assault rifle into the baddies. 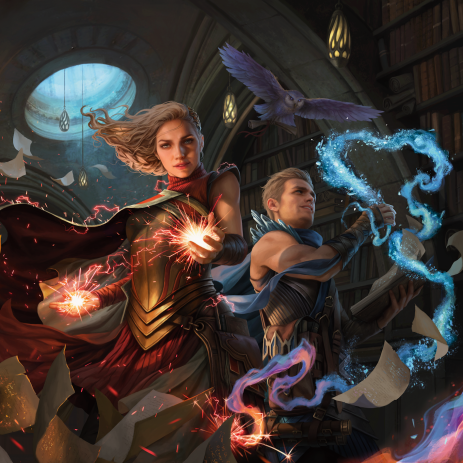