SELECT Genshin Impact streamers are taking part in a two-week Twitch campaign, giving back to supportive viewers. “Adventurers’ Guild on Twitch” will be kicking off from 10AM AEST on November 25, offering a plethora of rewards to other fellow Genshin Impact players. This is part of a long-term Streamer Partner Program for Genshin Impact, which offers greater opportunities for those who stream the game. 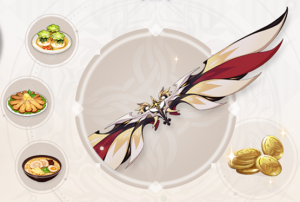 Genshin Impact players who are Adventure Rank 10 or above will be able to obtain rewards by subscribing or sub-gifting for two months minimum to any of the participating streamers. The rewards are only valid for redemption when subscribing during the streamers live broadcast over the course of the two-week campaign. This is similar to the most recent Final Fantasy XIV Online campaign on Twitch, where viewers who gifted a certain amount of subs were rewarded with a special edition mount.

The rewards offered during “Adventurers’ Guild on Twitch” include 30,000 Mora, Jade Parcels, 2 Tonkotsu Ramen, 2 Sautéed Matsutake and a Wings of Feasting wing glider. Detailed instructions on how to redeem said rewards can be found here.

Unfortunately, the Twitch streamers who are participating in “Adventurers’ Guild on Twitch” are yet to be announced. An official announcement will be made the day before the campaign kicks off. Fortunately though, a lot are expected to be joining in as over 200 Genshin Impact streamers have been invited.