This is the largest feature update to Halo Infinite since its release, bringing with it a number of highly anticipated experiences such as Campaign Network Co-Op, Mission Replay, the Forge Beta, and a plethora of new, free content for all players.

On the Halo Waypoint website, the developers have recognised the impact of the games troubles since launch.

“We want to acknowledge and thank our players who have stuck by us and provided feedback to improve the overall Halo Infinite experience—the Winter Update marks a big step forward for all of us”.

Network Co-Op allows up to four players to play through the entire Halo Infinite Campaign together.

To start a Network Co-Op Campaign session, follow the steps below:

Using the selected save files, the Fireteam’s campaign progress is aggregated so that the session’s progress reflects content that all members have completed. This allows all progress made in co-op sessions to be applied to each player’s individual save file.

Unlocked equipment, equipment upgrades, and High Value Target (HVT) weapon variants will remain unlocked for individual players in co-op sessions even if all Fireteam members have not yet unlocked them. 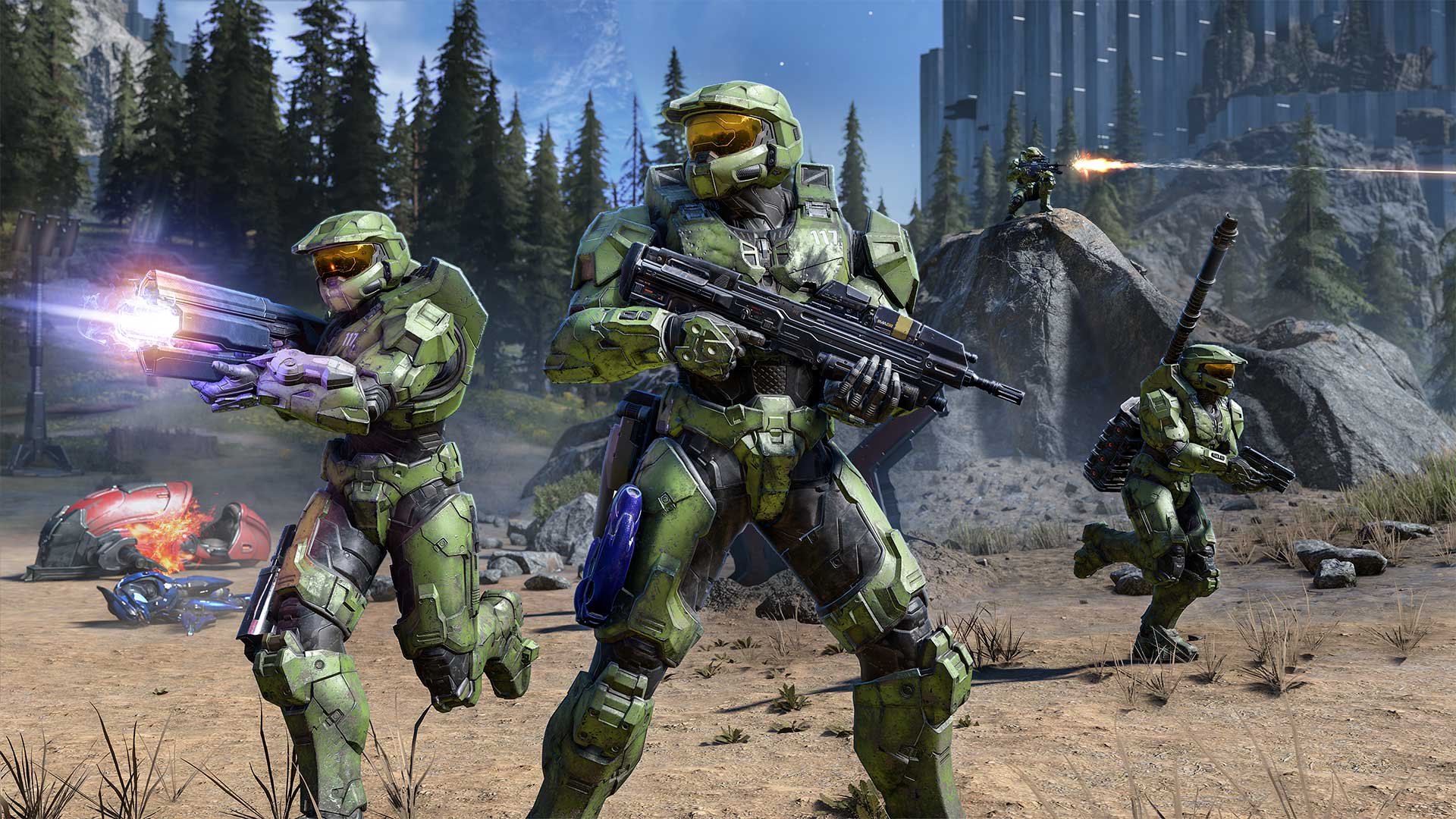 Up to four players can fight the Banished in Campaign Network Co-Op.

Main story missions and all side objectives like Outposts, Targets, and Marine Events can now be replayed.

To replay a mission or event that has already been completed, follow the steps below:

When replaying missions, the weapon loadout you currently have equipped will be used in the selected mission. You can use this to play earlier missions with weapon variants unlocked from late game Targets or with newly unlocked Skulls. Unlocked equipment and upgrades will also carry over to earlier missions, even if the selected mission takes place before that equipment is unlocked.

After completing a Mission Replay or when leaving a replayed mission early, the save file’s current mission will resume at the latest checkpoint available and all content unlocked in the Mission Replay (such as Skulls and audio logs) will carry over to the current save permanently. Completing mission on higher difficulties will count toward Achievements as well.

As mentioned in an earlier blog post on Halo Waypoint, this update brings 24 new Achievements to Halo Infinite for an additional 420 Gamerscore. While some of these new Achievements can only be earned in Campaign Co-Op, many can also be earned while playing solo. 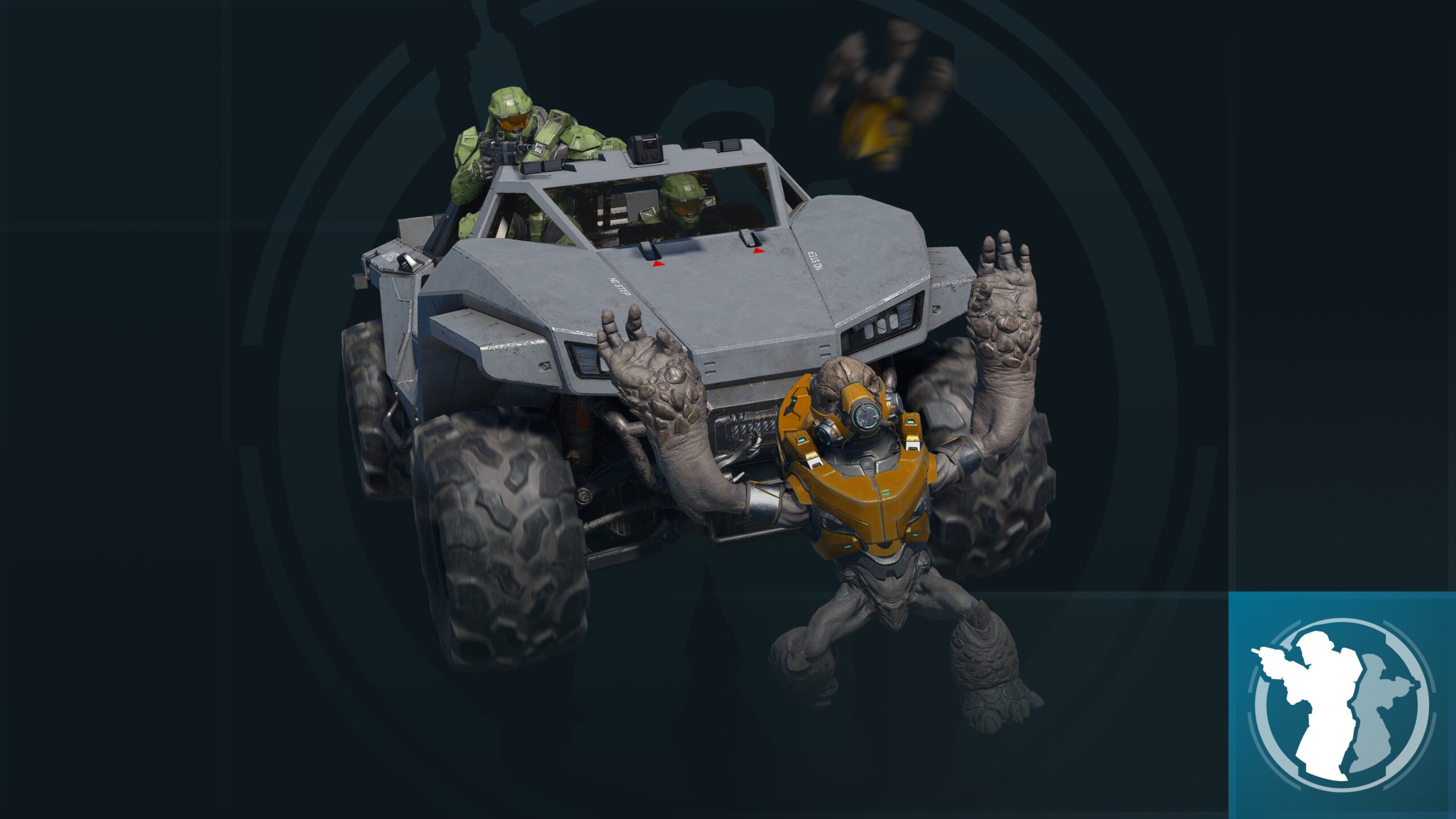 This update brings Forge mode to Halo Infinite. Forge lets players create new multiplayer maps and game modes that can be shared with other players via the Community tab in the main menu. Within Forge, players can place and modify in-game objects, effects, and scripts to create a custom map.

It is important to note that Halo Infinite Forge mode is currently in a beta state, meaning that additional improvements are planned. The Forge Beta will support canvas maps and not developer-made maps (such as Live Fire, Recharge, Fragmentation, etc.). Support for developer-made maps will be implemented in a future update. 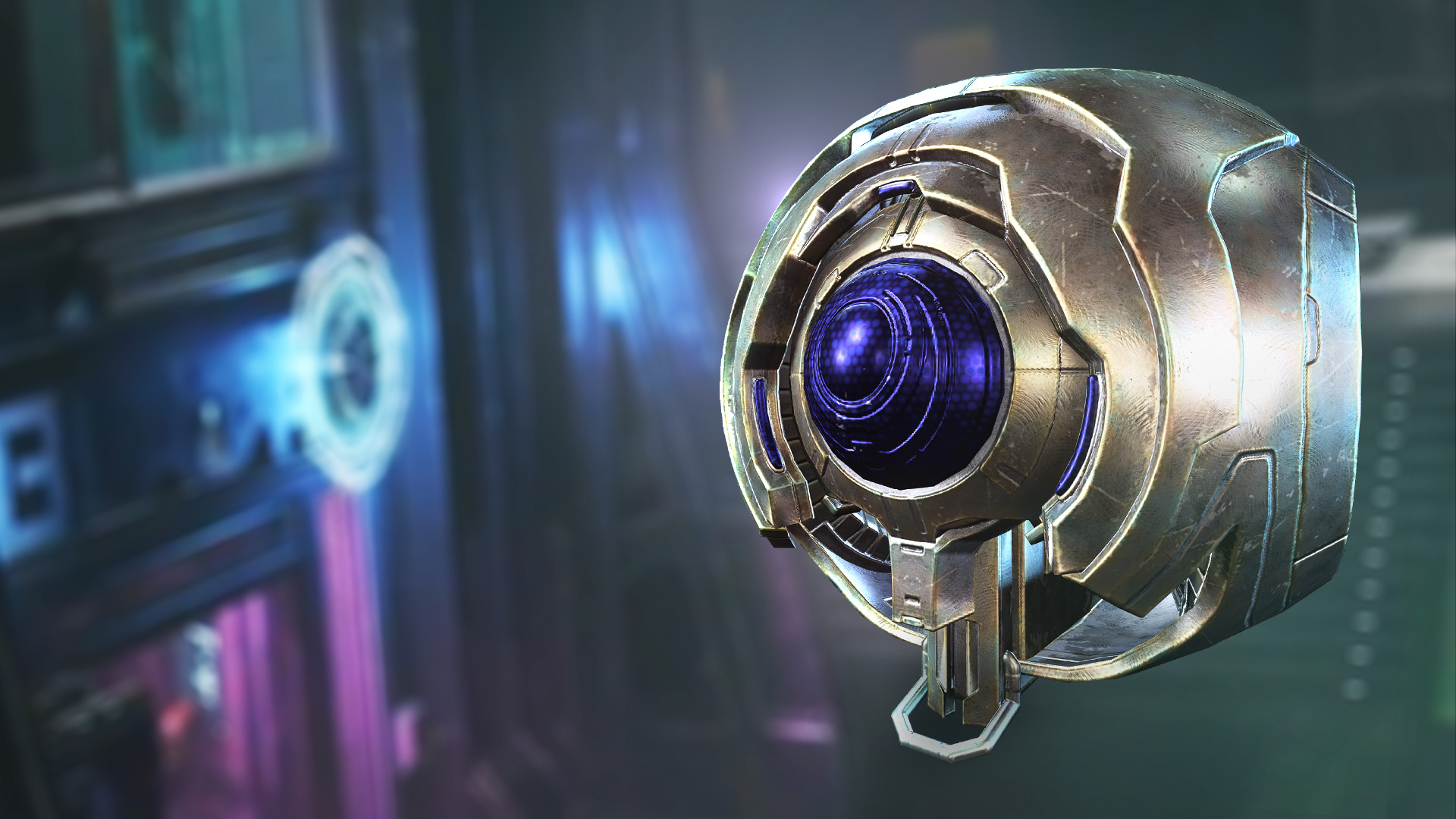 In Forge, players in Edit Mode will appear as Forerunner monitors.

For a full breakdown of these systems, visit the “Match XP Beta & Progression | Winter Update” blog.

In addition to the existing Challenge system, the new Match XP system rewards players for their performance in every matchmade multiplayer game. XP is awarded for accomplishments like:

Note: Match XP is launching in a beta state. The development team is monitoring telemetry, player feedback, and Halo Support bug reports to verify that the system is working as intended. Additional improvements and changes to XP rewards may be implemented in the future. 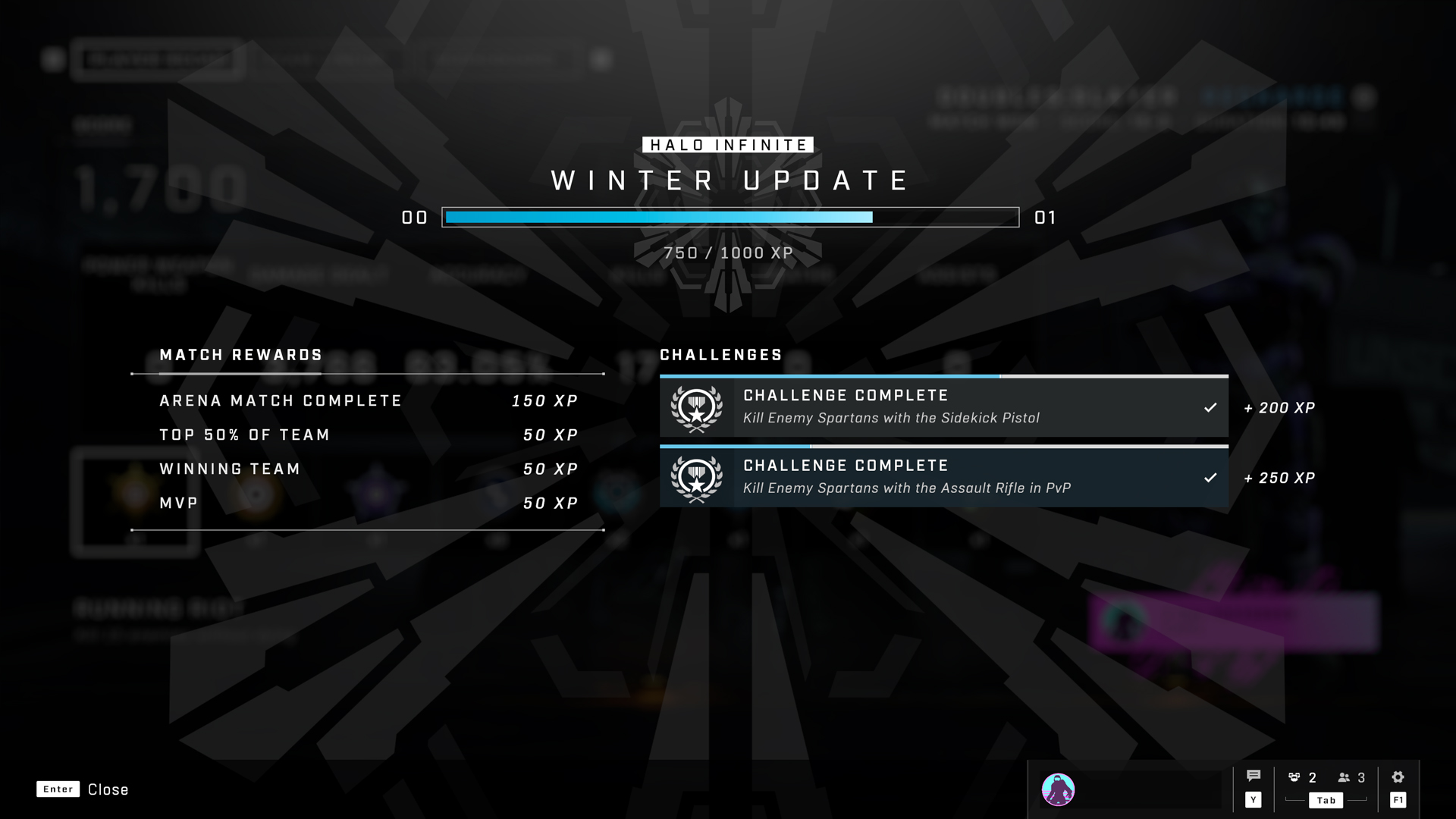 When a match ends, players will now see the Match XP they were awarded, which Challenges they completed, and their progress in the Battle Pass tiers.

Starting alongside the launch of the Winter Update, the following changes have been made to the Weekly Challenge deck:

The Winter Update introduces a brand new 30-tier Battle Pass that will be available to all players for free. This Battle Pass contains a wide selection of Halo: Reach-themed customisation items which players can earn via Match XP and completing Challenges.

To change which Battle Pass is equipped, follow the steps below:

Event dates listed here are subject to change. Keep up to date on the News section of Halo Waypoint for the latest updates on in-game events.

Like previous in-game events, players can unlock this Event Pass’s rewards by completing Event Challenges. Event Challenges are only available when an event is ongoing and can be identified by the orange banner icon near the Challenge’s name. These challenges will often require players to complete matches or perform certain actions in a specific matchmaking playlist. Event Challenges cannot be completed in Custom Games.

Like the Winter Contingency II event above, this event’s rewards can only be earned by completing Event Challenges while the event is active.

In Covert One Flag, two teams will swap between attacking and defending a single flag with each side having unique loadouts. The attacking team will attempt to sneak towards the enemy flag while equipped with Pulse Carbines, Sidekicks, and unlimited Active Camo. The defending team will hunt the invisible attackers and defend their flag with Commando Rifles, Energy Swords, and unlimited Threat Sensors.

Both new maps included in the Winter Update were created in Forge. Check out the flythrough video here.

Set on a UNSC ship deep in space, Argyle’s large courtyards are surrounded by a web of staircases and ramps. Avoid enemy control of the map’s long sight-lines by flanking through unguarded hallways. Alternatively, use one of the two sniper spawns to take down enemies from a distance.

Argyle is available in multiple Arena and Ranked matchmaking playlists. It is also available in Custom Games. 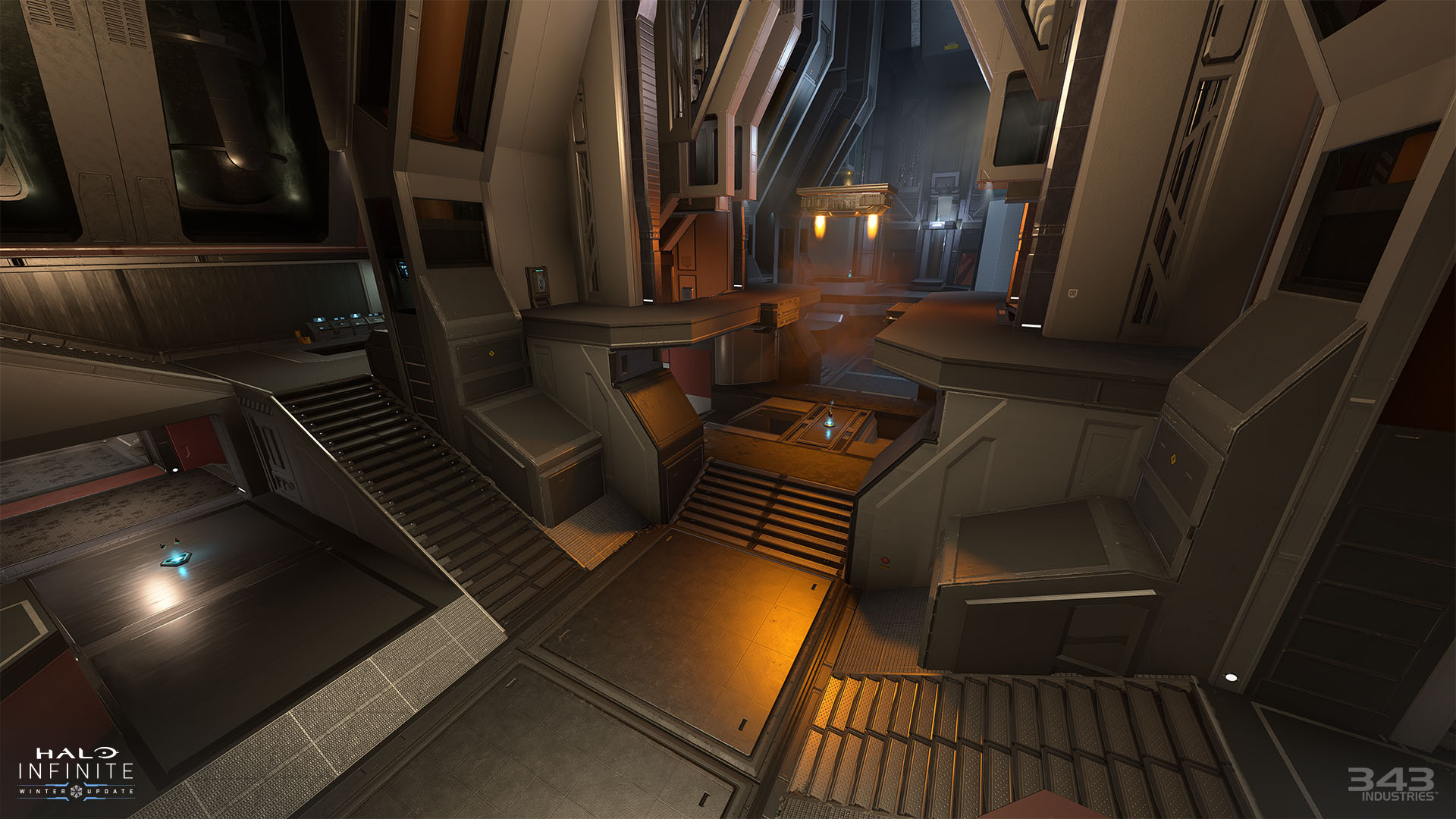 Argyle was created in Forge and uses the Void canvas.

Inspired by Capture the Flag modes, Detachment features two bases connected by several unique routes. An island, reachable by multiple Man Cannons and the first teleporter in Halo Infinite Multiplayer, sits on the opposite end of a chasm from both bases. This island hosts a power weapon and great views of enemy positions. 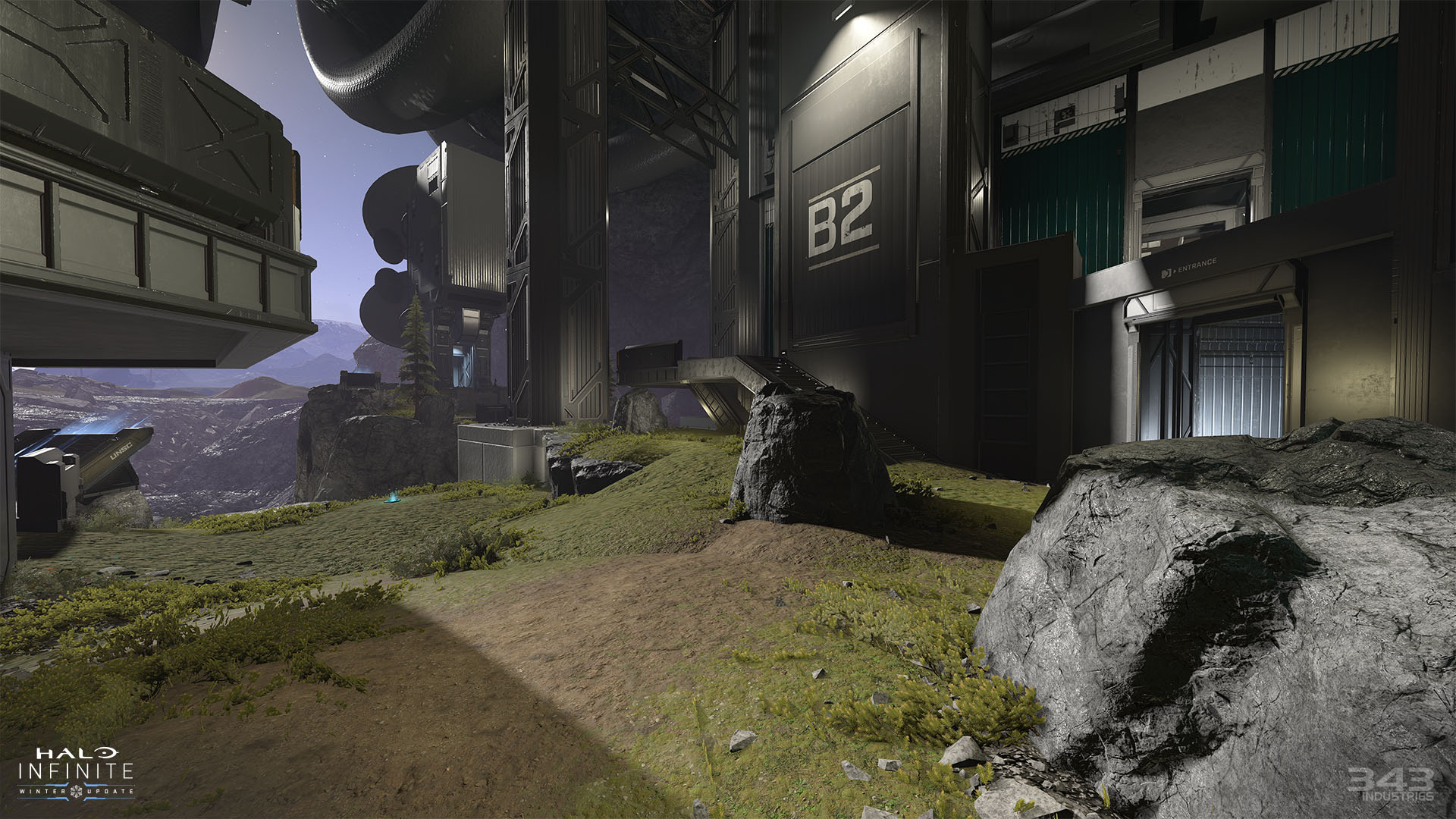 Detachment was created in Forge and uses the Institute canvas.

To change the Search Region option, follow the steps below: 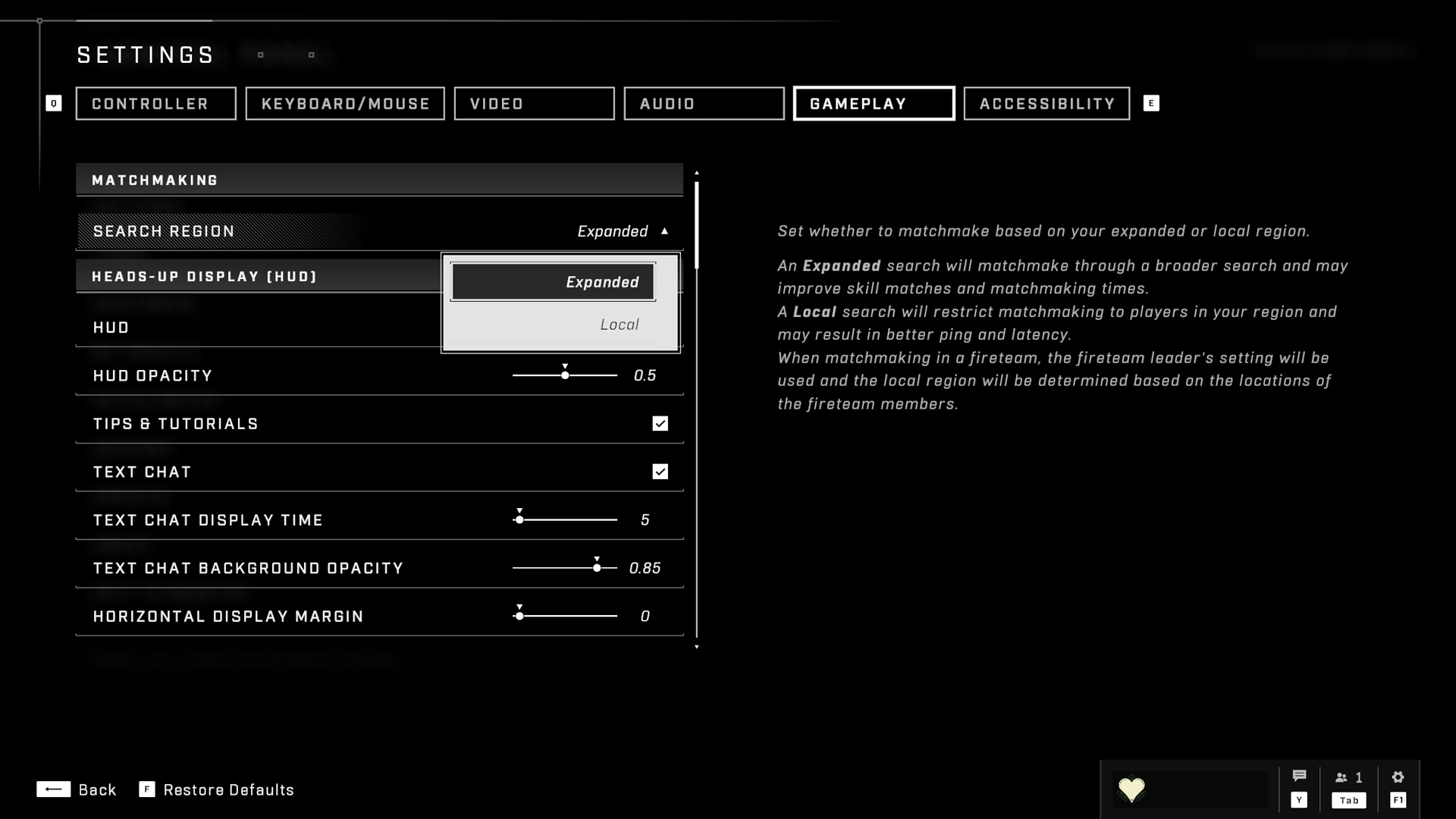 The Search Region option is located in the Gameplay tab of the Settings menu.

The development team is closely monitoring how this change affects CSR progression metrics and player feedback. Players can provide feedback on the Halo Waypoint forums.

For a more detailed visual showcase of it all check out this video from their official Youtube.