TODAY is Halloween, and regardless of whether you like to get involved in dressing up and finding ways to make everything “spooky”, or just roll your eyes at the whole thing, it’s still a good excuse for a video game article!

With that in mind, the team and I have put together some suggestions for horror games (which we have played ourselves) to enjoy for Halloween – although, as with all things horror, your mileage may vary as to how “scary” you think a particular game is… 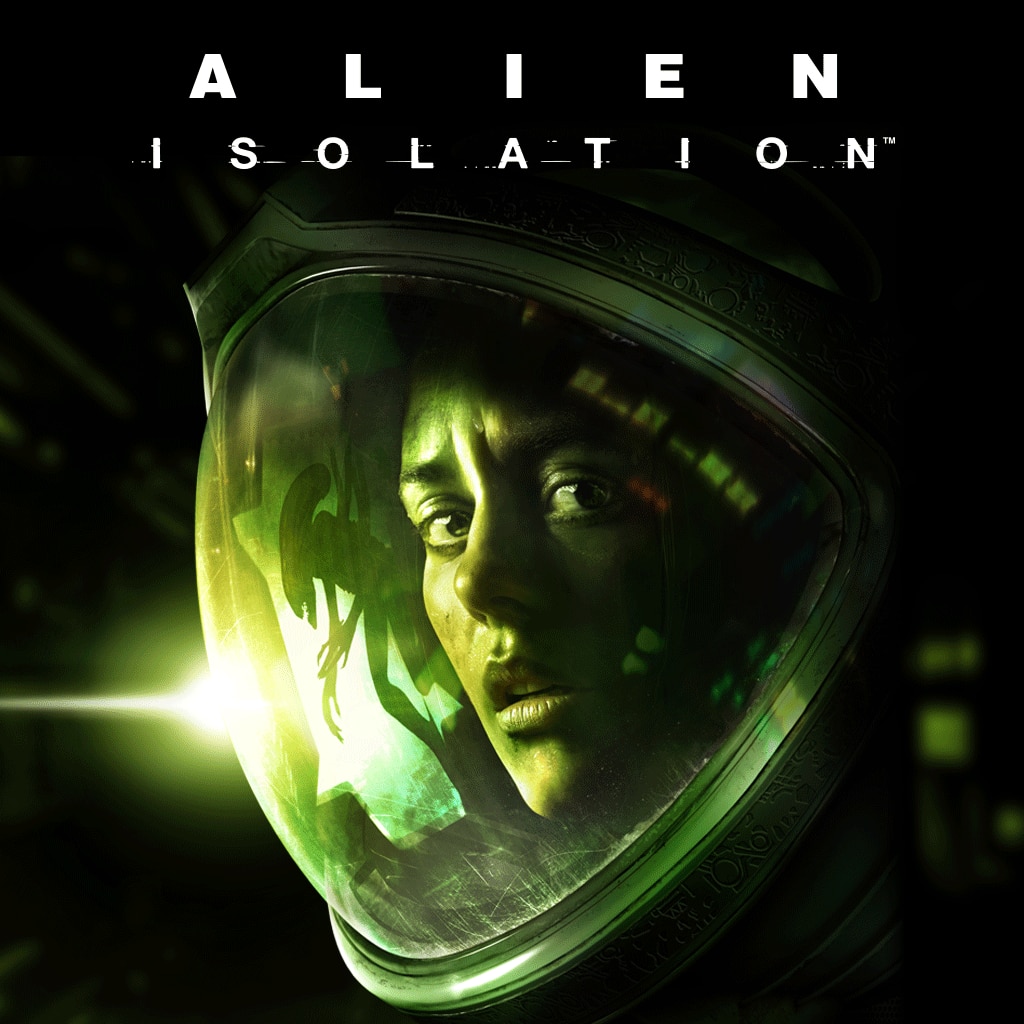 One of the scariest video games I have ever played; Alien: Isolation absolutely nails everything about the terror of being trapped on a space station with a Xenomorph (the titular Alien).

As if having an acid-spitting nightmare scuttling around the air ducts waiting to suddenly drop down and grab you isn’t worrying enough, you’ve also got the station’s malfunctioning androids to contend with – many of whom are hostile.

Yes, you’ve got weapons, but a handgun won’t stop the Alien or even slow it down – the best you can do is use a flamethrower to convince it to retreat into the vents for a bit.

Even hiding from the Alien isn’t guaranteed to work – if you aren’t stealthy enough, the Alien will find you, even if you’re hiding in a locker.

It’s hard to convey just how terrifying the game is via text, but you absolutely should not play this in the dark, and especially not if you have a cat that likes randomly jumping on you. Yes, I speak from experience. 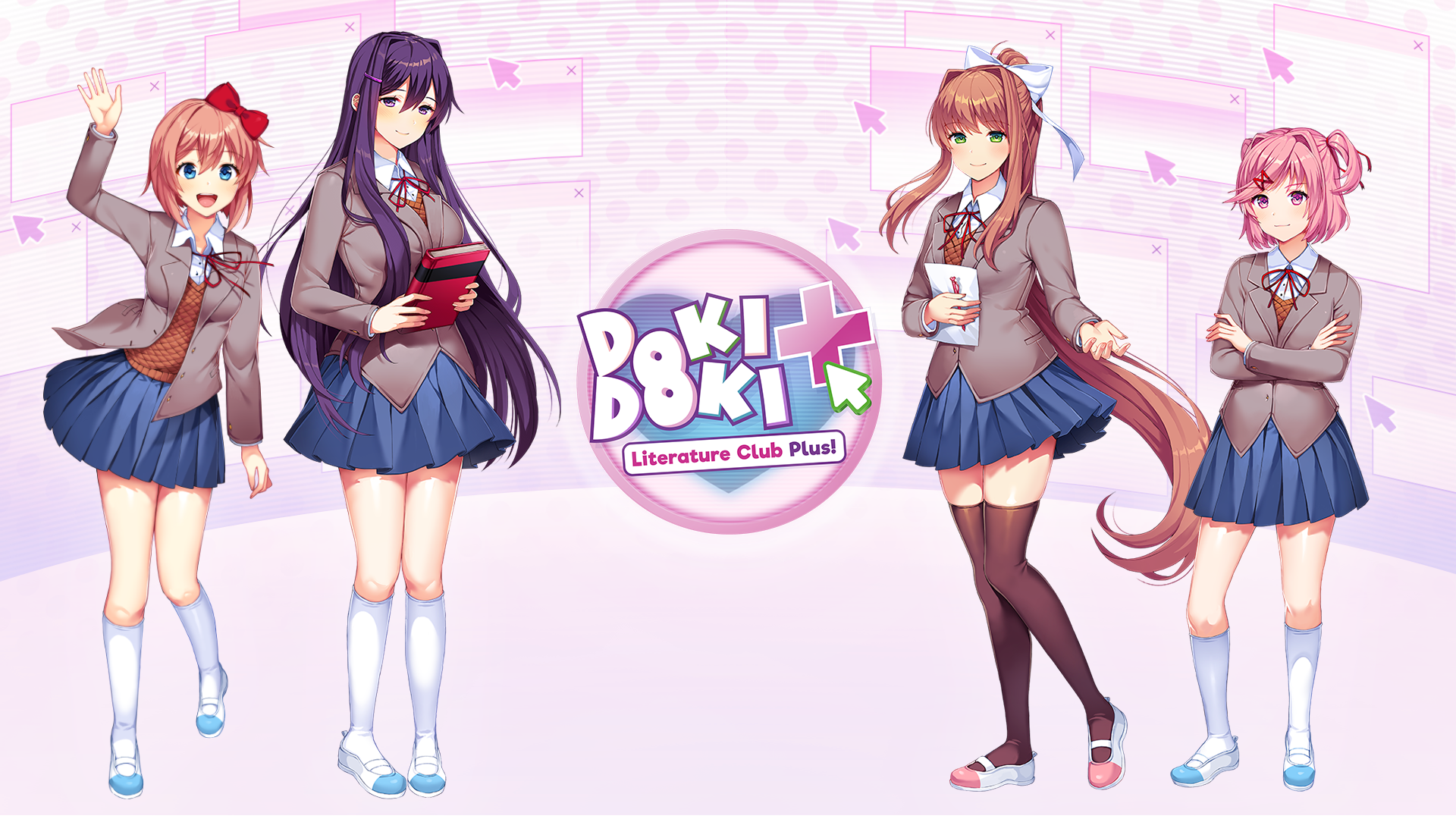 You may be tricked in to thinking this is a routine cutesy dating sim. You join a high school poetry club where the aim is to treat class mates by carefully picking poetic themes they will appreciate. The game devolves in to an unnerving glitch-psychological horror experience.

This game is best played going in spoiler free. Doki Doki is perfect to play through, start to finish, over a Halloween evening at home. 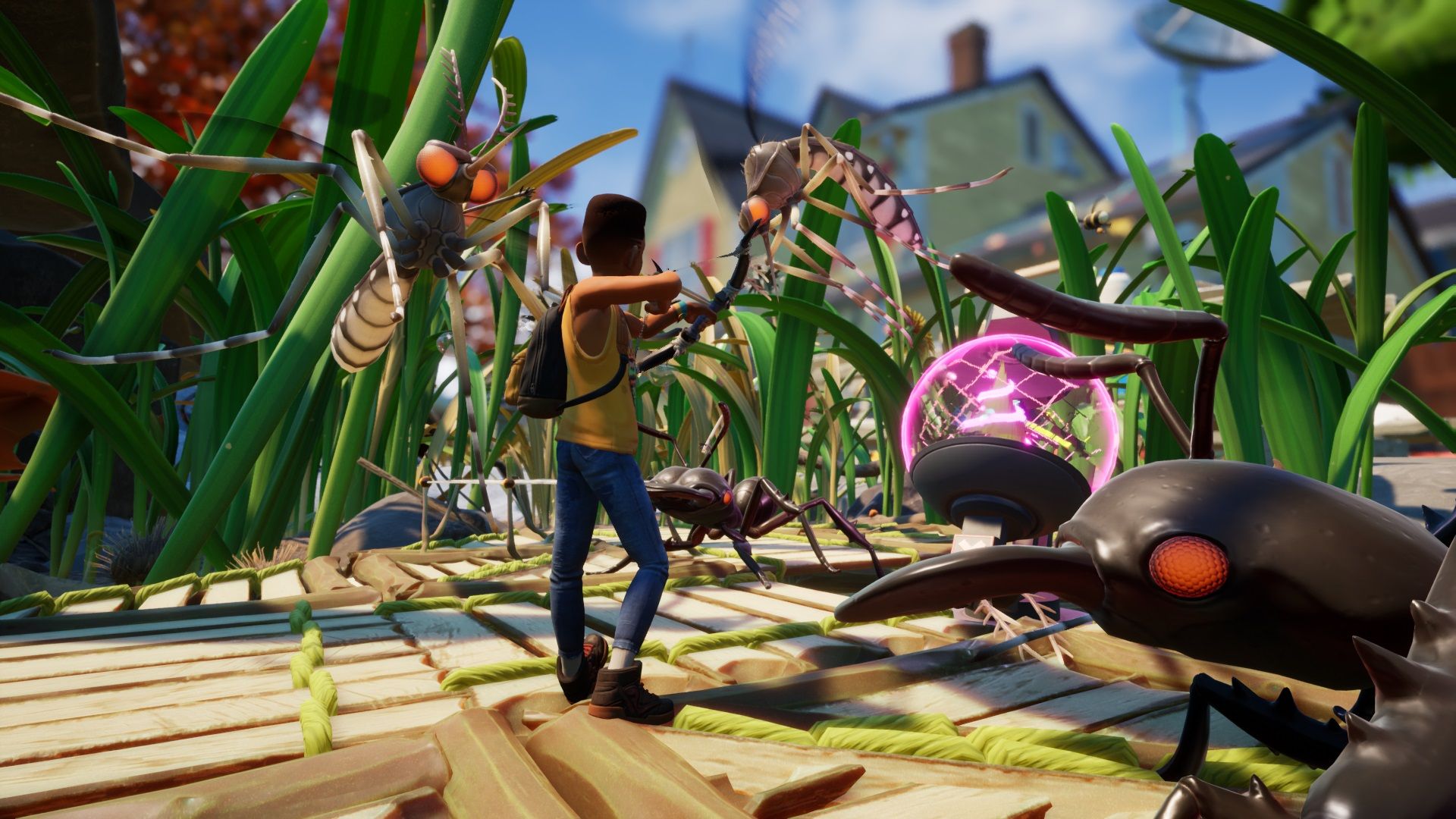 I think the most important parts of horror are atmosphere, suspense, and tension. Combine this with a video game and you have the recipe to create an actual nightmare – I believe Grounded is truly frightening.

Don’t be fooled by the picturesque blades of grass and charmingly gigantic juice boxes, what lurks in the shadows is quite simply terrifying. You play as one of four ant-sized teenagers, learning to survive in an environment that is constantly trying to kill you.

Players are often ill-equipped and outmatched in every sense of the word. Just when you think you have set up your camp, gathered supplies and ready to venture out to explore more of the yard, you are senselessly chased by an Orb Weaver only to be left with the remains of your camp and needing to retrieve your backpack. The backyard has never been so terrifying!

Most people would agree that spiders are scary enough at their normal size, but in Grounded they tower above the player and are undeniably terrifying. For me, seeing a spider for the first time was easily one of the most memorable parts of Grounded and I believe it competes well with any jump-scare.

Don’t despair, arachnophobes – there is hope! If you are a little scaredy cat like me, you can adjust the settings to show less detail of the spiders. Also, if you can persevere, you will eventually become powerful enough (in-game) to overpower these gigantic critters with ease. 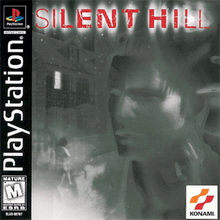 Silent Hill just hits harder than most of the horror games out there and if it doesn’t, it influenced it. Since the PlayStation One era, Silent Hill has been telling a tale unlike many that the industry can dish out. A compelling story accompanied by a sick and inner-twisting plot of human’s darkest deepest secrets. This is psychological horror at its best.

Most of those invited to Silent Hill is done because of their inability to come to terms with the psychological damage endured from trauma in life, with the consequences and truth of the matter generally being more terrifying than the monsters they face throughout the game.

This was the first of its kind to ever reproduce the horrors of the areas in the game world and convert them to real life. Every time I walk down a hospital corridor, I’m reminded of Silent Hill and its eerie soundtrack. 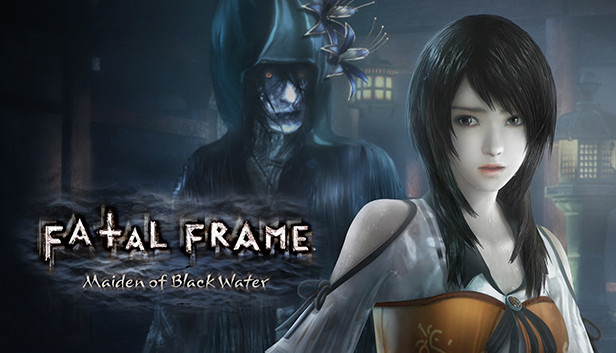 I’ll admit that I have not finished any of the games of this franchise as they can be quite scary, particularly with all the ghosts suddenly leaping out at you – and the fact that you have no weapons at all.

The premise being that you need to use a camera to capture the ghost’s soul while exploring many old areas set in Japan and the game  features numerous elements of old legends and lore of the area, taking inspiration from many Japanese films of its time.

The titles have never seemed to sell very well, but is that because we are all too scared to play them? 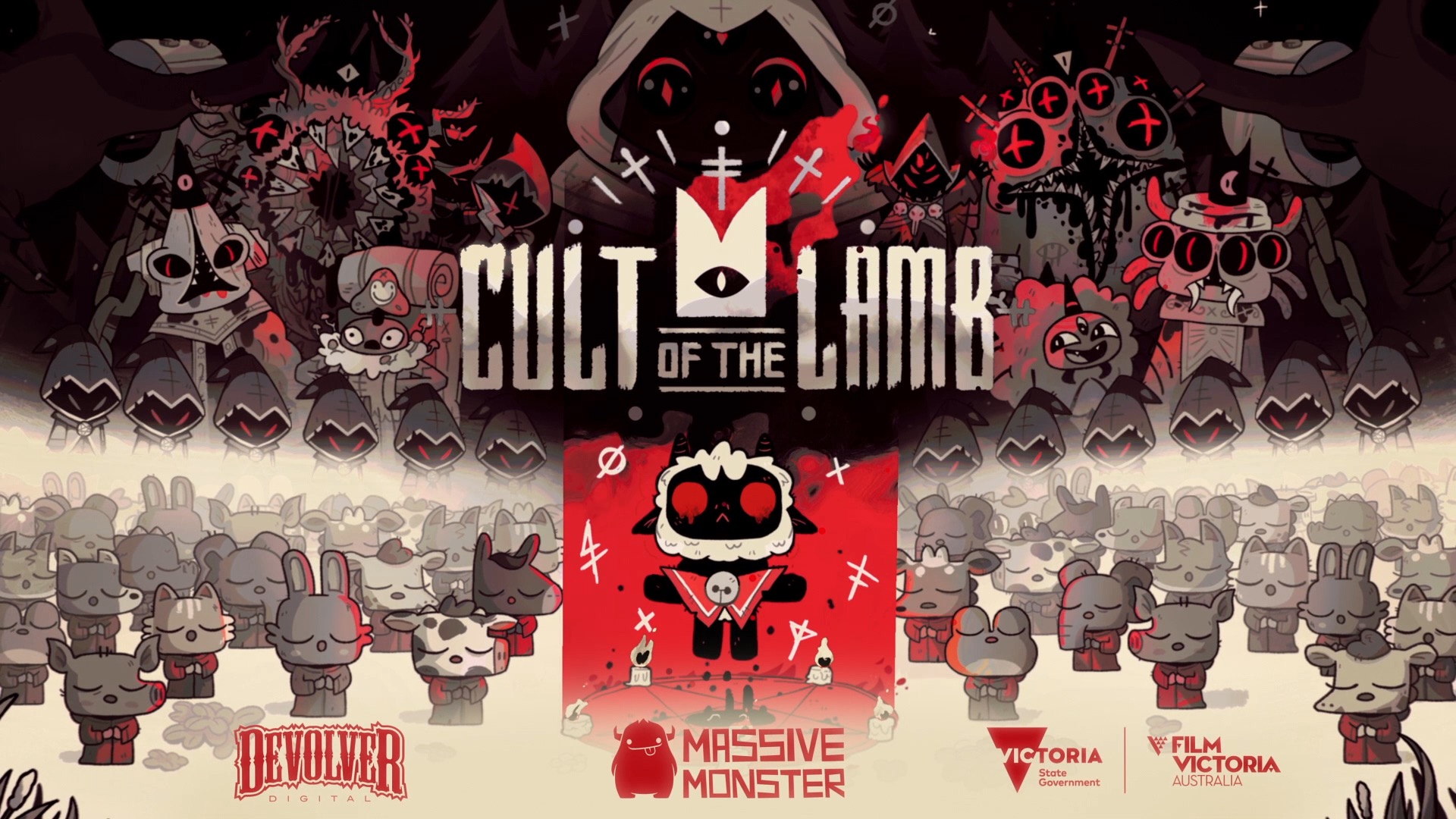 CULT OF THE LAMB

While not a conventional horror game with jump scares and so on, the Australian-developed Cult Of The Lamb is about running a cult in service of a dark banished demon and that is classic horror material.

Despite the Happy Tree Friends vibes of the game, it’s a solid roguelike-slash-town management game and Arlentric (Jordan) loved it in his review, saying he truly hadn’t got this much fun out a game in quite some time, and simply couldn’t recommend Cult of the Lamb more.

If you’re looking for something where you’re the source of the horror (at least from the NPC’s perspective) rather than just reacting to it, this is worth looking at.

Jump scares are not a new thing in video games (anyone who has played Half-Life or Half-Life 2 knows will flinch involuntarily at the mention of the word “headcrab”) but the Five Nights At Freddy’s series really took the concept and ran with it.

The premise is simple: You’re a security guard working the night shift in a dodgy themed restaurant with animatronic animals in dire need of repair. Already pretty spooky, but the animatronics are possessed with the souls of murdered children and are coming after you, the hapless security guard.

Now, for reasons the game never explains, there’s not enough power to run all the lights and doors and the same time, so you have to choose which ones you want operable as you try and get through the night without being horribly murdered by the restaurant’s wandering animatronics- which is what will happen if you deplete your available power before your shift ends at 6am.

The game was a huge success and has gone on to spawn an entire franchise – there’s at least nine games in the main series alone – so it’s definitely going to take you more than five nights to get through all of them. 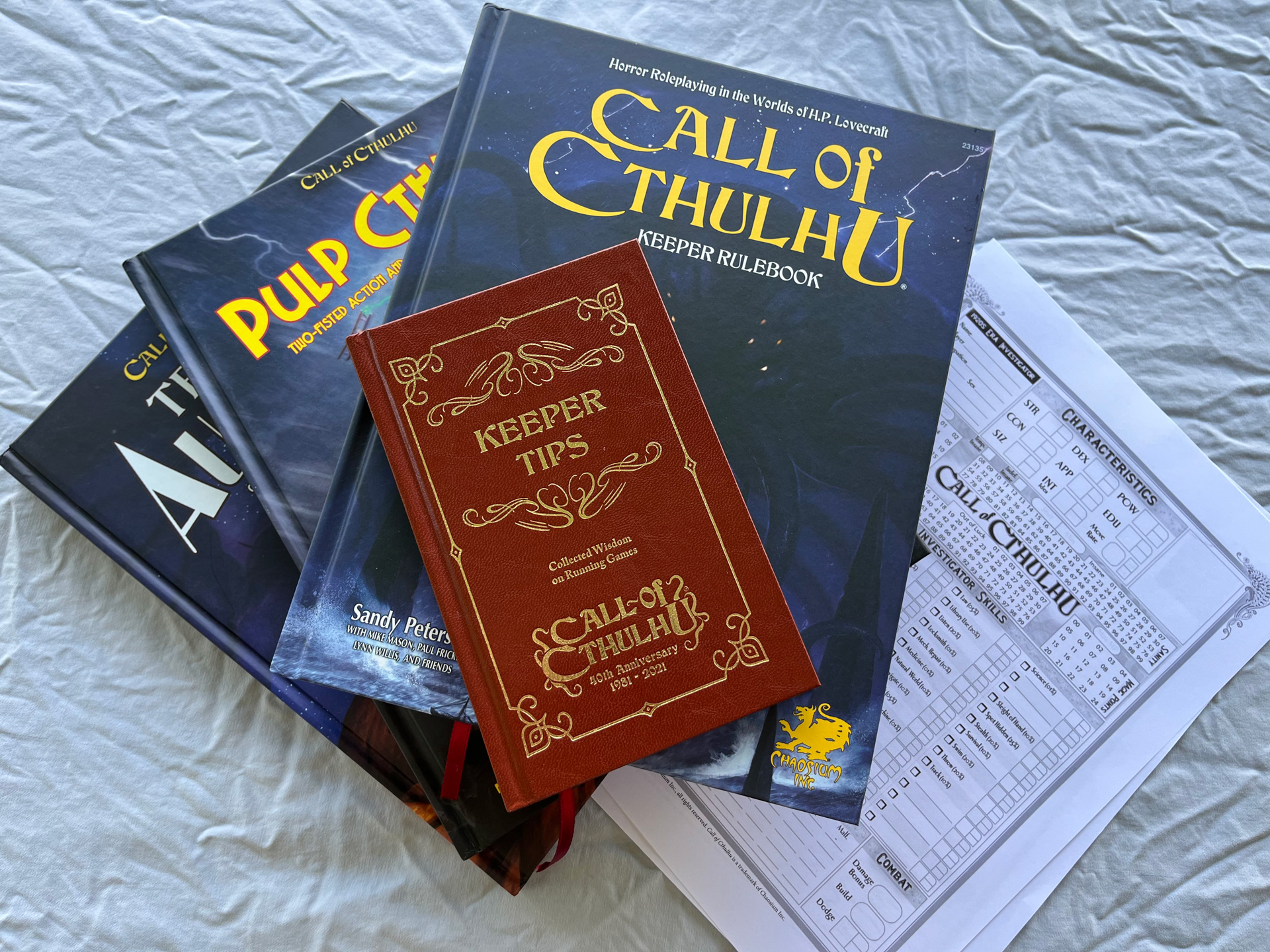 Cosmic Horror is one of my favourite types of horror and Chaosium’s Call of Cthulhu is easily the best-known and most popular horror TTRPG out there (I am, in case you hadn’t gathered, a big fan.)

Players take on the role of investigators – typically ordinary people – looking into mysterious incidents which turn out to have connections to alien gods, unknown cosmic powers, and other horrifying entities which are decidedly not our friends.

The classic iteration is like a 1920s version of The X-Files, except the investigators generally go mad or die (or both) and the stuff they’re investigating can potentially bring about the end of humanity; there’s also Pulp Cthulhu which brings an Indiana Jones/The Rocketeer vibe to the proceedings too. 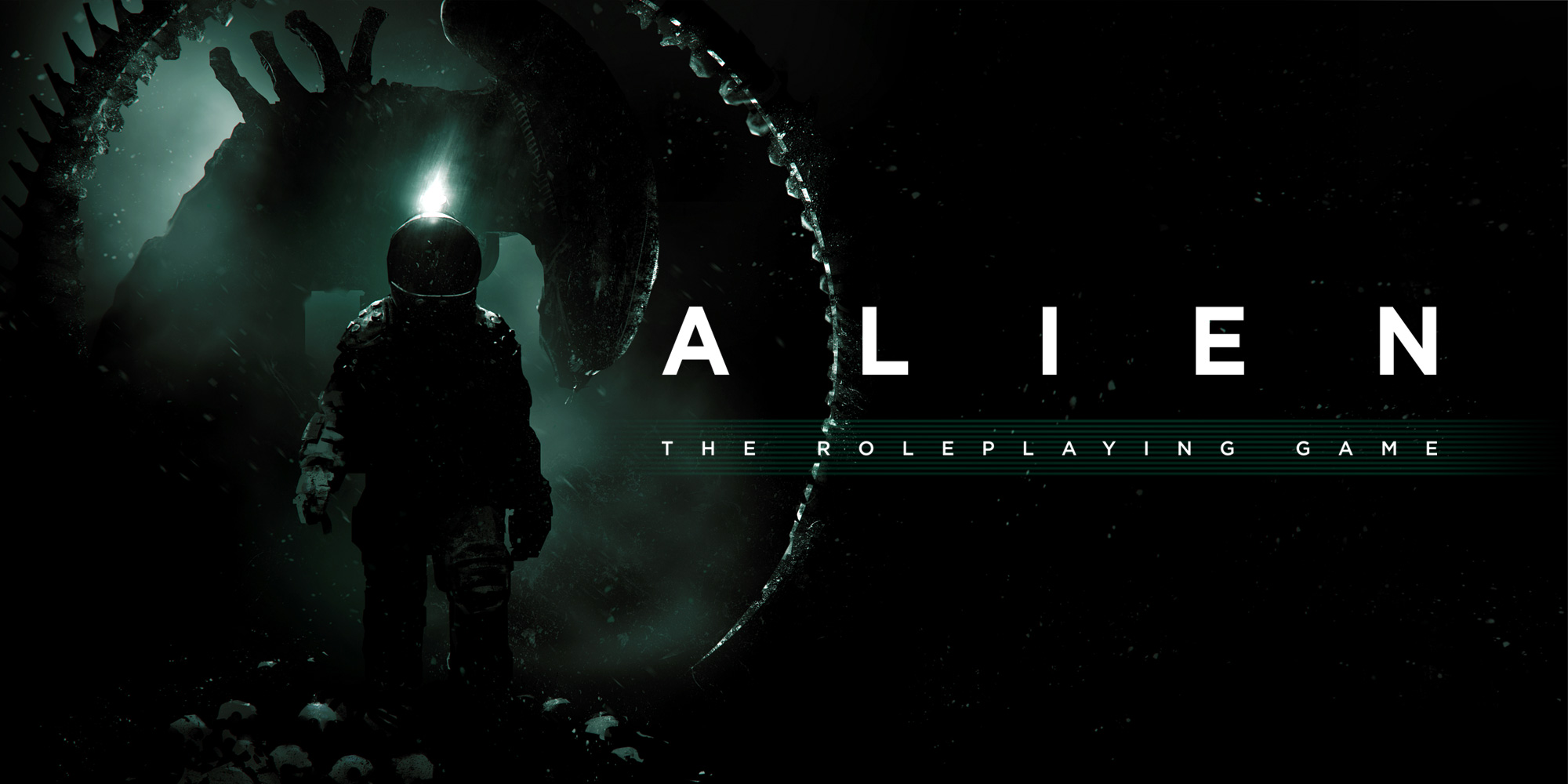 Much as this list began with an Alien game, it seems appropriate to round it out with one – in this case, the brilliant Alien: The Roleplaying Game TTRPG from Free League publishing.

Offering two experiences – a classic space-horror much like the original movie, or a more action-focussed experience akin to Aliens, the game captures the atmosphere of the movies perfectly and reiterates that even with pulse rifles and space ships – in space, no-one can hear you scream.

Obviously there are far, far more horror games than we could possibly hope to include here – why not share some of your favourites with us on The Twitter (@gameonaus)?