How MMOs in Lockdown Can Bring People Together

2020, the year a global pandemic sent the entire world into lockdown with some places more restrictive than others. Restrictions are slowly starting to ease here in Australia in most states but unfortunately not all of us are so lucky. Victoria are still dealing with lockdown restrictions after a huge spike in cases back in August. However as things have slowly calmed down, they may come out of it soon. For gamers, the idea of being stuck inside their house for extended periods of time is a dream come true. To an extent, of course. Sooner or later cabin fever is bound to set in, and depending on your living arrangements social interaction is brought to a minimum.

A mental health survey was conducted by Monash Public Health and Preventive Medicine from April this year through to early May and it showed 44.7% showing moderate/severe depressive symptoms were aged 18-29 with 33.7% being aged 30-39. While gaming isn’t just for young people, these age brackets are the main demographic in adults. According to a Digital Australia Report from 2018, the average age of gamers is 34 years old.

So how can one tackle depression during this tough time? From a completely biased opinion the answer is, of course, video games. But not just any video game. While single players games can help become a distraction from every day problems, there’s still one thing missing and that’s social interaction. Being in lockdown obviously means many residents have gone months without being able to see friends or family. Luckily video conferencing programs such as Zoom have been helping people stay connected during COVID-19 at home and within the work place.

Multiplayer games however can also brings friends and family together while also introducing you to new people. According to the same Digital Australia Report, 92% of players play games with another person. There’s a large number of multiplayer games on the market that are both premium and free-to-play. When you think of multiplayer games your brain probably goes straight to something very mainstream like Call of Duty. But there are so many different genres out there that aren’t just first-person shooters.

One particular genre of multiplayer is MMO aka Massively Multiplayer Online. These sorts of games are very socially oriented and depending on the game/person can almost become a second life for players. There are hundreds of MMO’s which all come in different sizes and forms. Since there are multiple types of MMOs it’s up to gamers to see what MMO fits their playstyle the best.

One of the more popular genre’s of MMOs are MMORPG’s. These usually have an open-world fantasy setting where you take on a specific role/job. These usually consist of tanks, healers and damage dealers. MMORPG’s can be enjoyed solo but also require a heavy amount of teamwork at the same time. Duties in-game usually consist of dungeons run with small groups right up to large scale raids designed with challenge in mind. Jumping into an instance full of strangers can be anxiety inducing at first, believe me. However joining a guild in-game can help reduce the anxiety in more ways than one. 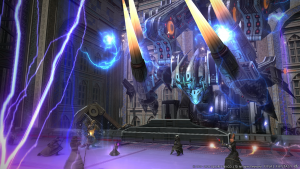 One popular MMORPG that I found to be helpful during a rough patch in my life was Final Fantasy XIV Online. According to a Top 6 List of MMO Populations, FF XIV comes in at the bottom spot. It was also pointed out however that there was little data to help confirm accurate numbers. Coming last in the list doesn’t mean it should shunned away for other popular MMO’s.

Final Fantasy XIV Online was my first proper MMORPG experience and came at a time in my life where I really needed a distraction. Being based here in Queensland, I may not be feeling the effects of lockdown anymore like some others. But I am familiar with the experiences of depression and loneliness and how a game like this helped my mental state. Earlier this year I wrote a Love Letter to the FF XIV Online Community praising them for the expereriences I’ve had over the past 7 years.

In the article I touched on how the game helped get me through a very rough patch in my personal life. While the game is especially fun to play with 4 expansions under its belt and a plethora of content for casual and hardcore players, it’s social aspect is what helped me the most. At the time I only knew one other player, a friend of a friend I met through another MMO called Destiny which I’ll touch on later. He introduced me to his Free Company (FF XIV Online’s version of a guild) and soon enough I felt like I was home.

Every day off, before work and after work I’d log on and spend hours running dungeons and taking part in other activities. But I was also excited to log in and just chat to my FC. These were strangers from the other side of the world who I now considered friends, even family for that matter. Sometimes I’d spend hours just running around while speaking to them in party chat. This came with a huge amount of euphoria for me. I no longer felt sad because I wasn’t able to have the person I love waiting at home for me. I still missed them but I was too distracted from the all the socializing that the feeling of depression slowly started to slip away over time.

While noise is good at blocking all unwanted thoughts, that good feeling is sometimes only temporary. There were still moments where I felt sad, particularly after logging off. However there was always excitement the next day or after work because it meant I could jump back in and say hi to my friends. As I admitted in my love letter, there weren’t always happy moments in-game as there’s always going to be some form of toxicity. But overall the Final Fantasy XIV Online community have been one of the friendliest I’ve come across.

While gaming is also good for the soul, food also follows very closely behind. If you think of yourself as a bit of a foodie than you might also be interested in creating some of the meals prepared in Final Fantasy XIV Online while stuck in lockdown. Food in-game offers a multitude of different buffs when consumed by players and one of the crafting jobs you can take up is that of a Culinarian. However, real life Culinary Arts Student and Youtuber Lemon Drop has taken preparing in-game food to a whole new level. Lemon Drop has her very own blog called A Recipe Reborn (a play on words of the base games title, A Realm Reborn) featuring recipes of foods found in-game. She also uploads cooking videos every Tuesday to her Youtube channel. 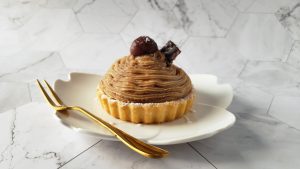 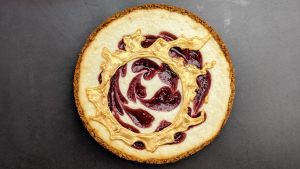 Right now is also the best time to jump in as many players have recently returned for new patch releases with even more content to come in December. The base game as well as the first expansion are also free-to-play offering hours of content to lose yourself in. If open-world RPG’s aren’t your style, there are other alternatives.

As previously mentioned, MMO’s come in all different play styles. Destiny was one I was heavily into around the time my Final Fantasy XIV Online addiction kicked in. It also helped a bit when I was feeling down in the same way FF XIV Online did. But Destiny is a different kind of MMO, it’s a sci-fi first-person shooter. Like MMORPGs, there are three different classes to choose from. At a glance they look the same but each come with their own abilities and play styles. Destiny can be played solo but is definitely best played with others. Duties will obviously require you to work with others and even if you’re playing solo, the game will throw your single player butt in with strangers. Since Destiny’s launch it’s spawn multiple expansions and a sequel which also came with its own expansions.

Destiny was a game that had a lot of mixed opinions. To many gamers I know, as well as myself, it felt as if we were given only part of a game. I remember flying through the story with my best friend and wondering how much more was left to do. The endgame content was entertaining but only for a few weeks. But my main interest in regards to endgame was the raid. Vault of Glass was THE content at the time you wanted to run. However for the gear level at the time, it was said to take 6 hours to complete. Finding 6 people who not only wanted to raid but would also do it for a minimum of 6 hours was hard.

Luckily there were enough of us in my small circle of friends on there to run it, unfortunately not all of us were available for said runs meaning we had to rely on strangers. Being part of what’s called a clan in Destiny was same same but different to my social experience in Final Fantasy XIV Online. I met the people I played Destiny with through two separate personal friends. One was via my best mate who brought over fellas he would play Battlefield with. This is also how I was brought over to Final Fantasy XIV Online. The other half were blokes another close friend had introduced me to. 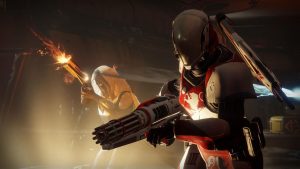 Destiny felt a lot more anxiety inducing when it came to making friends with people I didn’t already know or have prior connections to. The only social connectivity you have with others is through voice chat, unlike Final Fantasy XIV Online where you would predominantly chat via text. I’m all for voice chatting in games but usually only with friends. The anxiety in me instantly thinks strangers are going to be toxic AF. If you’re looking to play Destiny on more of a social level, I’d personally suggest getting friends to play with you.

I haven’t come close to spending the same amount of time in Destiny as I have in Final Fantasy XIV Online but that’s not to say it wasn’t fun nor memorable. The content slowly became more interesting over time, even if it took a sequel for that to happen. The social experience wasn’t exactly the same but I do have fond memories of hanging out with friends and mucking around when we weren’t doing missions. We may not be playing the same games together anymore but we’ve still kept in contact and have the same group chat 7 years later.

There are so many more MMOs out there but these are just two great examples of popular games that can help people connect during lockdown. For now, we don’t know what’s to come in a world loving with COVID-19. Restrictions are easing but what used to be the norm might not be normal for quite some time. Hopefully people are listening a lot more after Victoria’s recent return to lockdown. If everyone behaves, every gets to come out of lockdown and with luck there are no more new cases. Until then, we have MMOs to keep us connected.