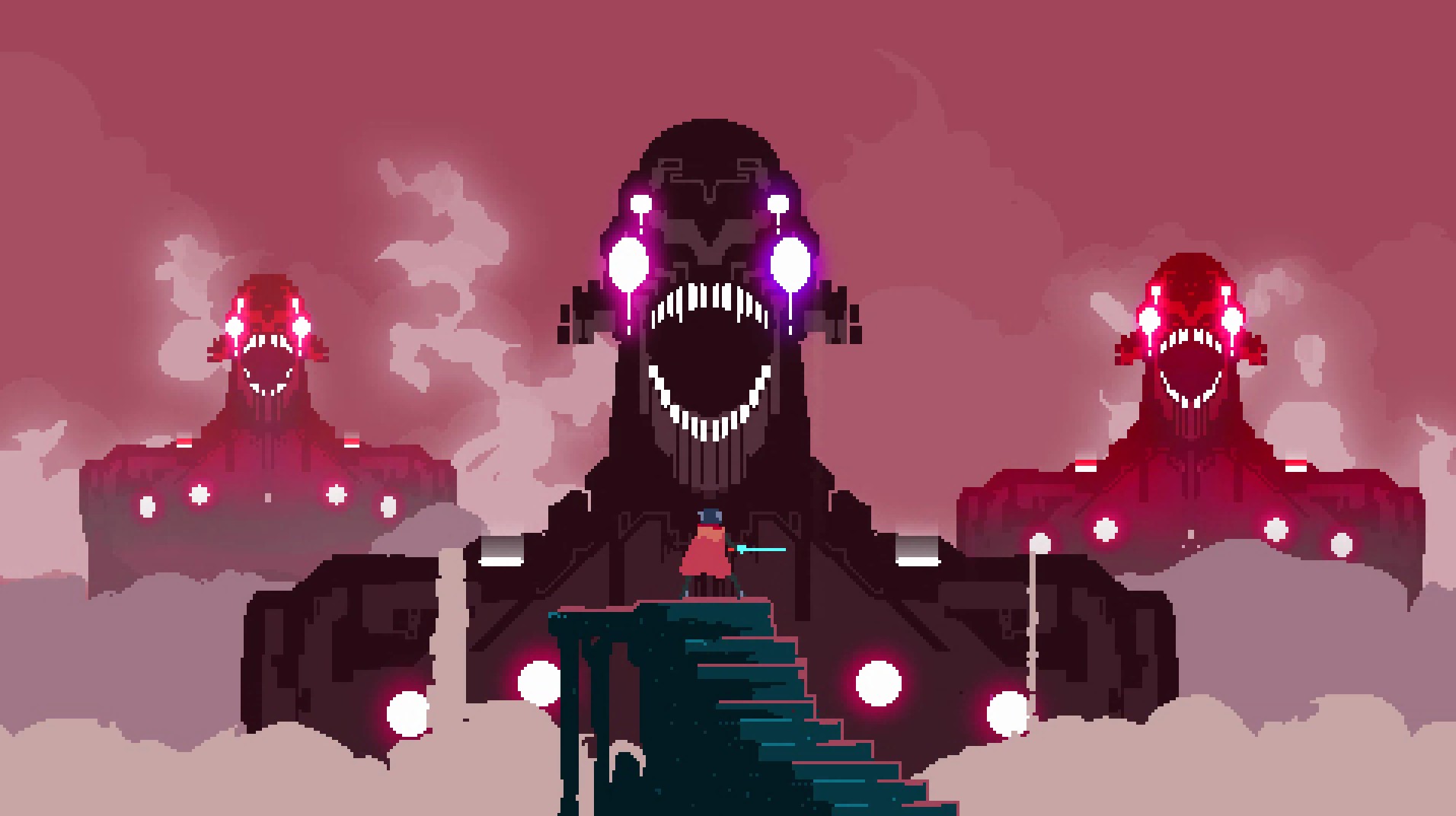 My wife finds it amusing that I will occasionally disappear at a shopping centre, only to find me chatting to someone. She’ll ask later, “So who was that?”. I respond with, “I just met him, his name’s Jack, he likes games”. Similarly, my last conversation with my insurance company’s representative led to a mutual interest in games. It led to great service from a top bloke. Then spent the next 25 minutes talking about games. Let’s hope the guys supervisor didn’t listen to that call. Another time my wife ducked into T2 (tea company) and I chatted to the sales consultant for 15 minutes about games and then got the elbow to hurry up. Every now and then, you get to meet individuals who light up because they want to talk about a game they’ve recently played, and also to see if they can find the next game they want to play. It’s a really great experience and makes finding good games a lot easier. One such situation, below, is how I found Hyper Light Drifter:

Craig: Hey Adam, have you seen Hyper Light Drifter yet?

Craig pulls out his phone and shows me the intro to the game. It looks amazing. The pixel artwork, sounds and tragic themes blend together to make a compelling looking game. Craig then shows some of the gameplay and explains it from a design and architectural point of view.  It all made sense and deepened my appreciation of what it would be like to play it.

Craig is teaching architecture at The University of Western Australia and is working on his PhD in space architecture. He’s studied at the Universtiy of Houston, in SICSA: The Sasakawa International Centre for Space Architecture using his Fullbirght scholarship. He also got to pick the brain of super smart people at NASA. There’s never a dull conversation with him! Craig will be covering the design aspects of the game later.

Hyper Light Drifter (HLD) is a 2D action role-playing game. The game was created to pay homage to the old school games such as The Legend of Zelda: A Link to the Past and Diablo. It was designed to build awareness around different heart problems, which the creator Alex Preston has had since birth. You play as a drifter, who has access to long-forgotten and powerful technologies. The world around has seen large-scale destruction. The drifter, travels across the lands of Buried Time on a mission to find a cure for an insatiable disease that’s slowly killing him. Along the way you, will need to battle all kinds of creatures and problem solve to pass through the dangerous landscape.

HLD’s gameplay is good balance between being easy to pick up but hard to master. The drifter’s main weapon is a nice sounding and satisfying-to-use sword, along with guns and other tech that you use to defend yourself as you travel. In game, you’re able to dash a short distance to dodge attacks, cross water or fire that blocks your way. The dash, in combination with the gun, is also used to solve landscape puzzles. If the puzzle looks like it’s going to take a bit of trial and error to get through, find a save-game spot because getting back can be just as hard as getting to the end.

The tempo of the fighting is fast and challenging but it never felt out of my control. There’s always something new to look out for. For example, there’s a small plant that tries to chomp you. The first time I came across it I attacked it with my sword and it died. I was getting used to this when I came across it the forth time when they died, they then exploded in a small adjacent area. Now I needed to kill each one and then dash away quickly. It took me two attempts to figure out what had happened. I didn’t realise it the first time as I was already looking to the next enemy. It was a humbling lesson.

There’s no option to save your game, it will do it automatically. The saves are nicely spaced and you never feel too punished. The gun firing is a bit awkward as I could never quite get the right angle to shoot. It was always off and there was no way to tell.

The design of the game, in terms of its graphics and music, pays major homage to the single-player action adventure genre of the 90’s that includes the early Zelda games and the original Diablo. These games did a lot with very little when compared with the technology behind contemporary games and the systems that now host them. HLD harks back to this era of incredibly enjoyable yet ultimately simple games or what can be colloquially referred to as the ‘good old days of gaming’ where gameplay was far superior to graphics, though these graphics are now looked upon with fondness from a position of retrospect. Like Zelda: A Link to the Past, HLD employs an oblique projection, chiptune music and a restricted colour palette. This has been a common trend amongst recent indie games such as Superbrothers: Sword & Sorcery EP and Tokyo 42 that are seeking to conjure up some of the charm and magic of games gone by through the employment of dated elements.

Unlike these classic games however HLD does not suffer from such software and graphic limitations. Even though the designers of HLD have chosen to imitate the characteristics of 8 and 16-bit games, it is a game that can only exist contemporaneously. This is because it feeds off the romanticism for classic games and the collective memories that exist now, in today’s gaming culture. Such romanticism takes time to accumulate.

While HLD employs a pixelated aesthetic, the colour palette is a lush, contemporary one, a far cry from the limited palettes of the systems like the NES and Master System. A respectful tear is shed in remembrance. The entire world is so well-considered in terms of its graphics that you can take a screenshot at any time that would be completely appropriate as a screensaver. I have taken many. Palettes have been cleverly selected for each region and skilfully transform with a refinement few games have achieved, seducing you to explore every last pixel of the map.

The environments, ruins, and enemies riff on a mix of not only vintage Zelda, but a more contemporary nod to Miyazaki and newer science fiction and fantasy tropes to create a bricolage that is at once strange yet familiar. Gigantic techno-ruins resemble decaying limbs donated from the gigantic robot typology that has been at once established and refined in Castle in the Sky, Iron Giant, Neon Genesis Evangelion and, I dare say the sentinels from the X-Men (amongst others). The architecture and built environment within HLD is a history lesson in all of the canonical RPGs that have gone before and a lesson for any that are yet to come. Like all great masterpieces in gaming, not everything is explained and is far richer for it, for it engages the imagination like gaming did the first time around. 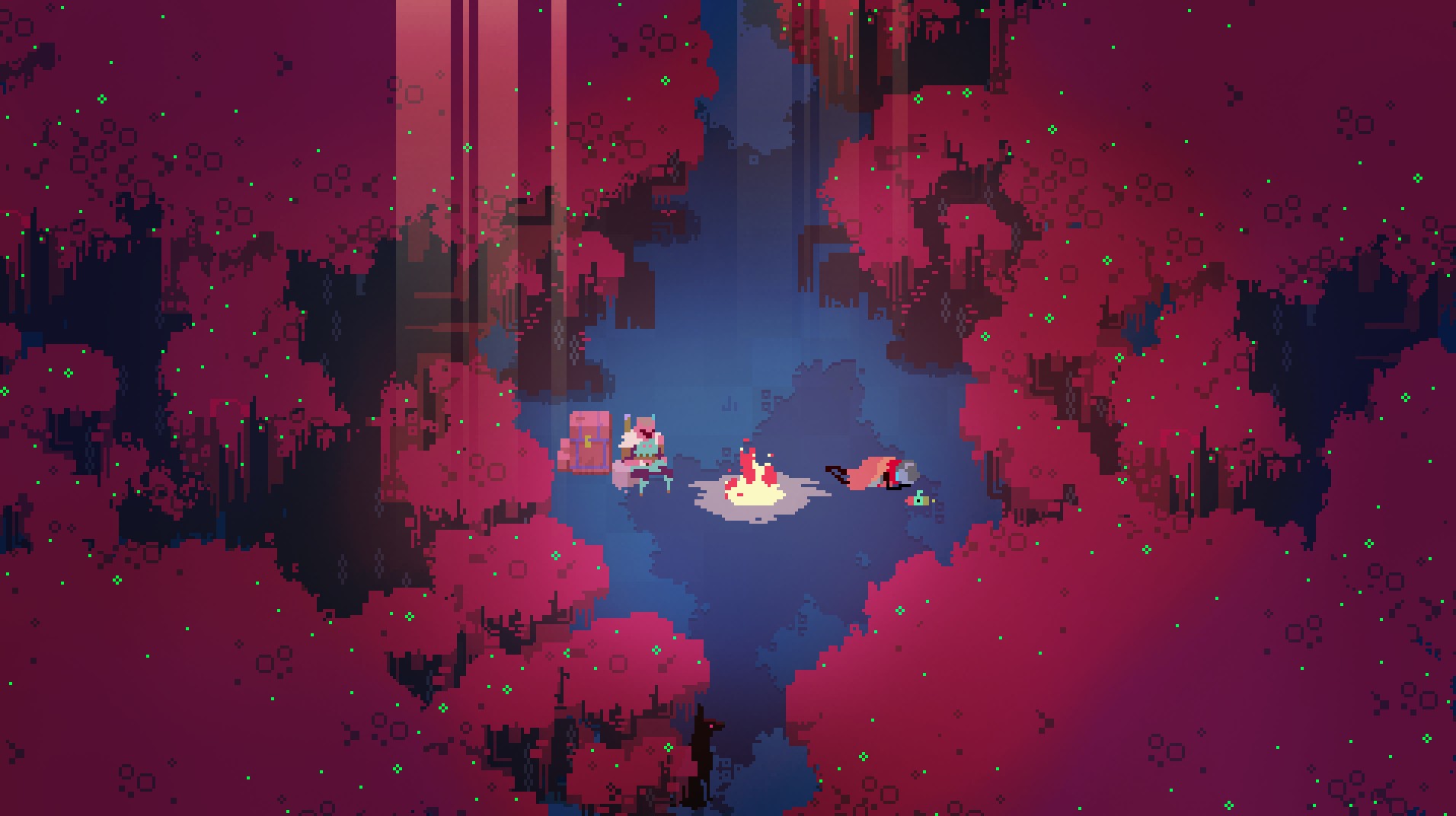 The sounds within HLD, while harking back to the programmable sound generator chips of vintage consoles and computers, produce a rich, polyphonic environment that begs to be turned up. The soundtrack, composed by Disasterpiece, has been created in the chiptune style and is a stand-alone masterpiece that when listened to alone is an aural time machine that tugs at heartstrings.

Some would say that HLD can never be as good as the classics that it predicates itself on, and this, if the power of the original is to be respected, might be true for some. It is, however, much more than a simple homage for retro-enthusiasts that mimics the style of the past. It is the result of not only the incorporation of the relevant culture that has occurred since 90s gaming but a refinement in single-player RPGs that shows that there is plenty of life left in the genre and that genuine creativity and gameplay trumps all else. 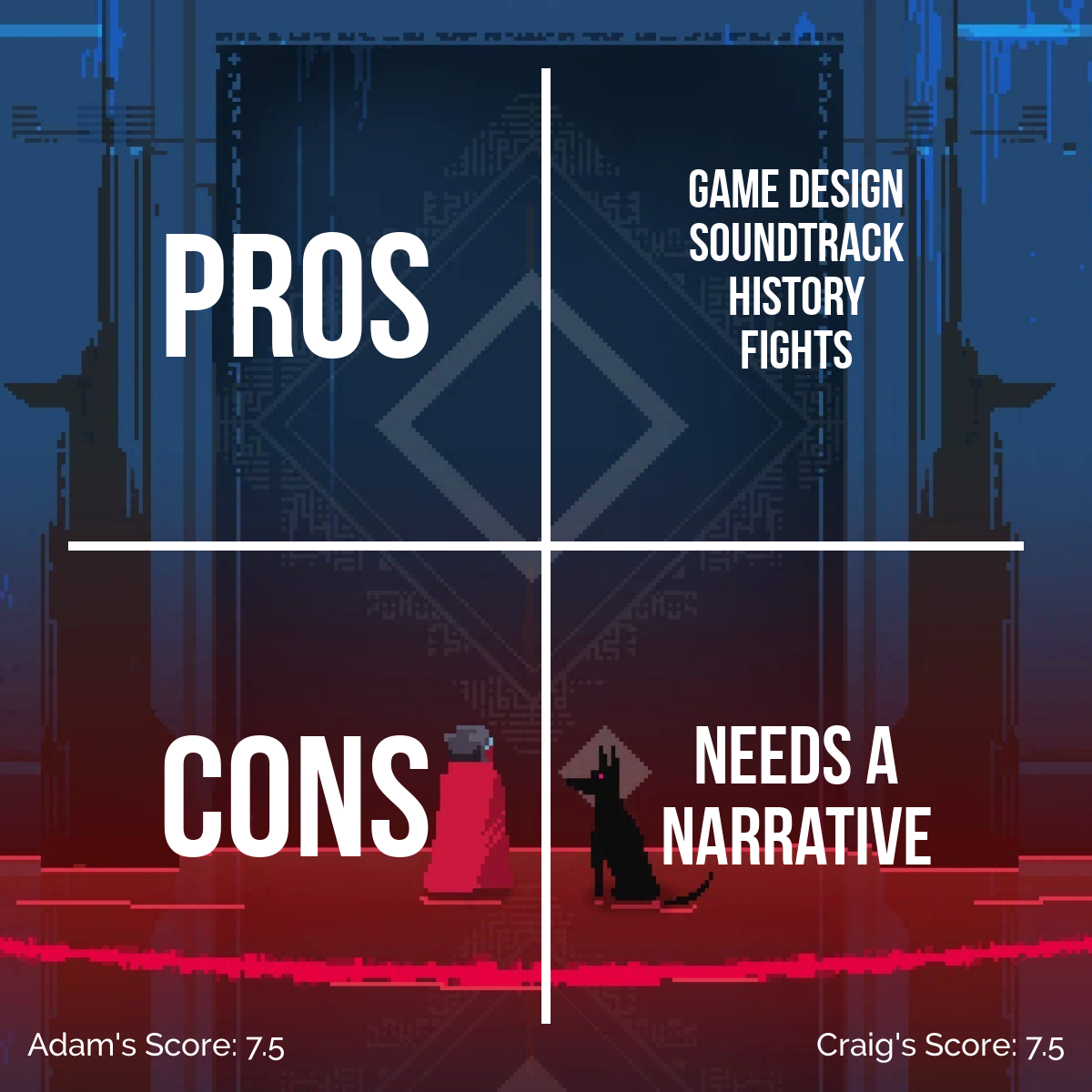 Drop by the Game On Aus facebook page and let me know what you thought. HLD was played on the PC.