ONE of the more interesting things that’s come across my desk lately as a result of this pandemic has been Wargaming (publisher of World of Tanks and World of Warships) sharing authentic recipes from the US Navy and Imperial Japanese Navy which gamers could make at home.

The three recipes – for bean soup, macaroni & cheese, and pork curry – all looked quite tasty and got me thinking they’d be worth trying, even if only for the novelty value.

I don’t pretend to be a chef, but I’ve managed to survive this long cooking food for myself and the family, so I decided that I’d actually have a crack at one of the recipes Wargaming shared and see how it turned out.

Given that my kids are picky eaters I figured a pork curry probably wasn’t going to go down well, and the bean soup looked like it would be really time consuming, so I opted for the macaroni & cheese instead.

The other advantage for the macaroni & cheese was that I already had nearly all the ingredients in the cupboard or fridge anyway. The sole exception was the pimiento, which I’d never heard of before, couldn’t see at the supermarket, and figured I wouldn’t be able to find in the middle of a pandemic anyway.

In fact, the only thing I didn’t already have was the celery salt, which was in stock in the spice aisle at the supermarket, probably because it’s pretty low on the hoarder/prepper desirability list.

The recipe called for 110g of macaroni, which isn’t a lot – about half of a cup. Considering I was trying to feed four people, I went to 250g (1 cup) instead.

The big issue was the recipe didn’t make it clear that the cheese mixture and the macaroni boiling were two separate things, so – following the instructions – I mixed them all together. I realised a few minutes into the “boil the macaroni” stage of things that I may gotten it a bit wrong, so made another batch of the milk-and-cheese sauce in a separate saucepan.

Otherwise, I followed the instructions, draining out the milk-and-water mixture from the macaroni, then mixing the macaroni in with the bread and the cheese and egg mixture, before transferring it to a bread pan which I’d greased with margarine. I sprinkled some paprika on top then stuck in the oven for 25 minutes.

When the timer started beeping the dish had cooked, so I pulled it out, let it sit for a few minutes to cool, then dished it up.

It actually tasted pretty good – everyone liked it – and I was happy with how it came out.

There’s also the fact you can buy pre-made Macaroni & Cheese from the supermarket, even in these dark times, for $3.50 a dish, and it only takes a couple of minutes to cook in the microwave – although it’s not based on an authentic US Navy recipe, so therefore isn’t as cool as this dish.

Otherwise, the recipe worked, it was tasty and edible, and it was nice to try making something different – all of which are good things to experience, especially when food is involved. 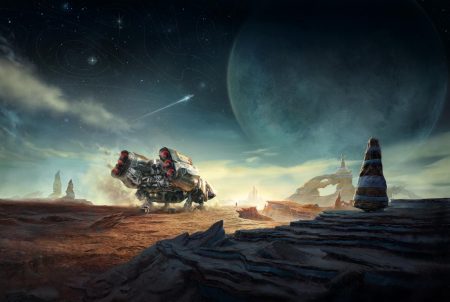 “No Man’s Skyrim”? Sounds great – sign me up for Starfield!

https://youtu.be/fcs0eyZF6ng I’M not going to be bother doing a big recap of all the major announcements from the Bethesda/Xbox Showcase…

Stormie’s not well this week so Pete and Jim carry on! The lads chat how many lootboxes you need in Diablo Immortal to get…