This game drags you through a wide open-range of emotion. You will feel hope for a new future, curiosity for what’s around the corner and disgust because of what is abandoned. There’s a depth here that pulls you into a rabbit hole.

Firewatch is a first-person mystery adventure game. It is set in Shoshone National Forest in 1989. You join the Shoshone National Forest Firewatch team. Each firewatch member is assigned a tower and, as their name would suggest, their job is to watch for fires, while also attending to the general upkeep of the surrounding area. Henry, the main protagonist, is assigned a tower called Two Forks Lookout.

The game mechanics are quite simple, you can climb, walk back and forth, side to side and interact with objects along the way. You are also able to keep some of the items that you interact with. The game is relatively linear in its approach, and by no means is it open world. Even though you may tread along the same path over and over, the change in time creates some significant effects, which removes the tedium. 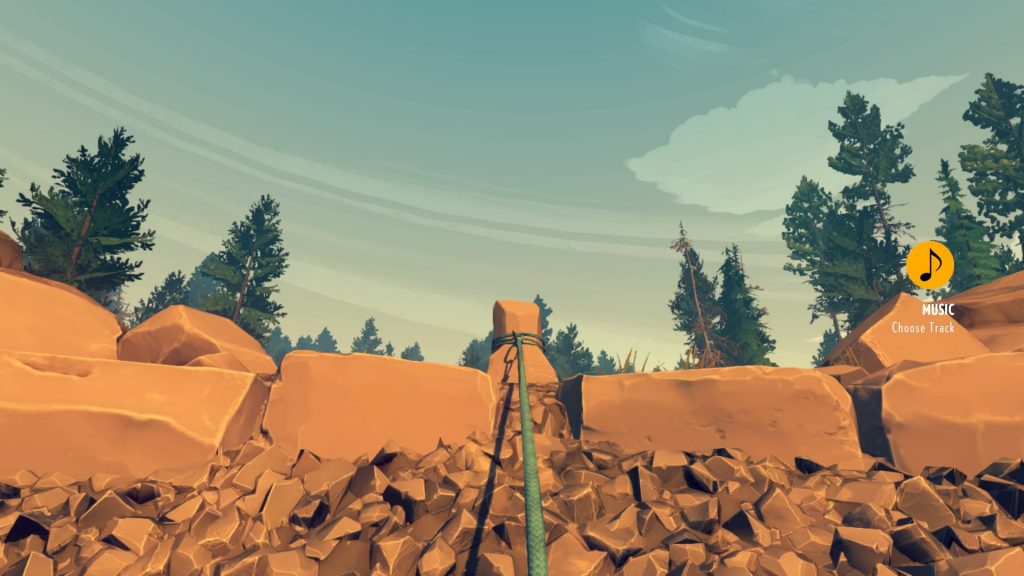 The game began with a tragic experience, which left me feeling raw and unruffled. In stark contrast to the beginning, you’re also introduced to gameplay with beautiful vistas of a cartoon style art designed by Olly Moss. After I entered the tower, I found out that the only way of communication is via a handheld Walkie Talkie. For the rest of the game, this is how I would communicate with my new supervisor, Delilah. Delilah is situated in another firewatch tower, which I could see off in the distance. We both quickly struck a close bond due to her warmth and open nature.

The actors who played Henry and Delilah did a great job of creating an atmosphere of being close with only a Walkie Talkie. Even going so far as to only talk via Skype, because they wanted to match the in-game communication style. 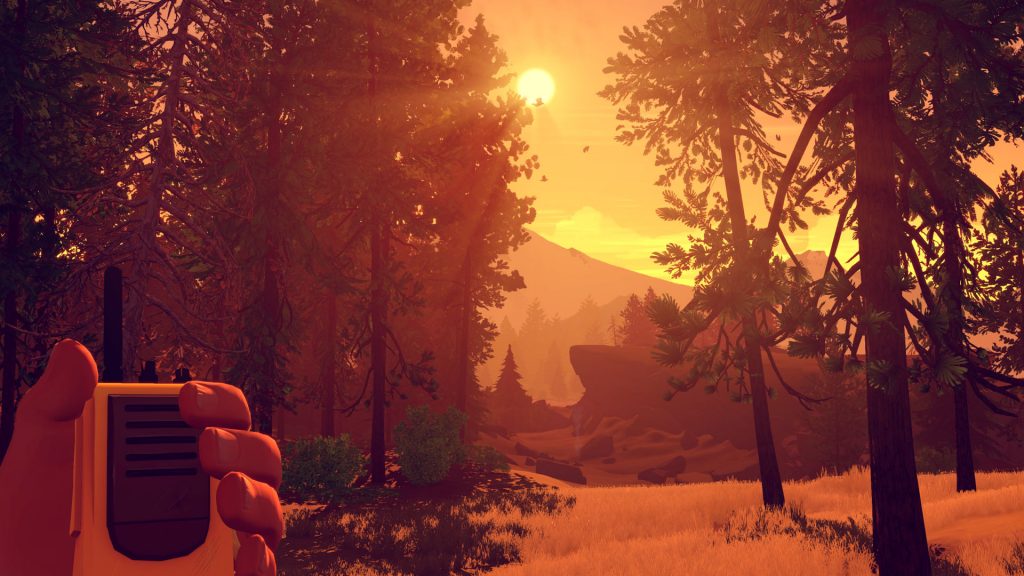 After you’ve completed a couple of tasks the story takes a dark turn. It’s in stark contrast to the beauty of the artwork and connection you’ve just built with Delilah. This is where the mystery of the game begins and your curiosity starts to build. 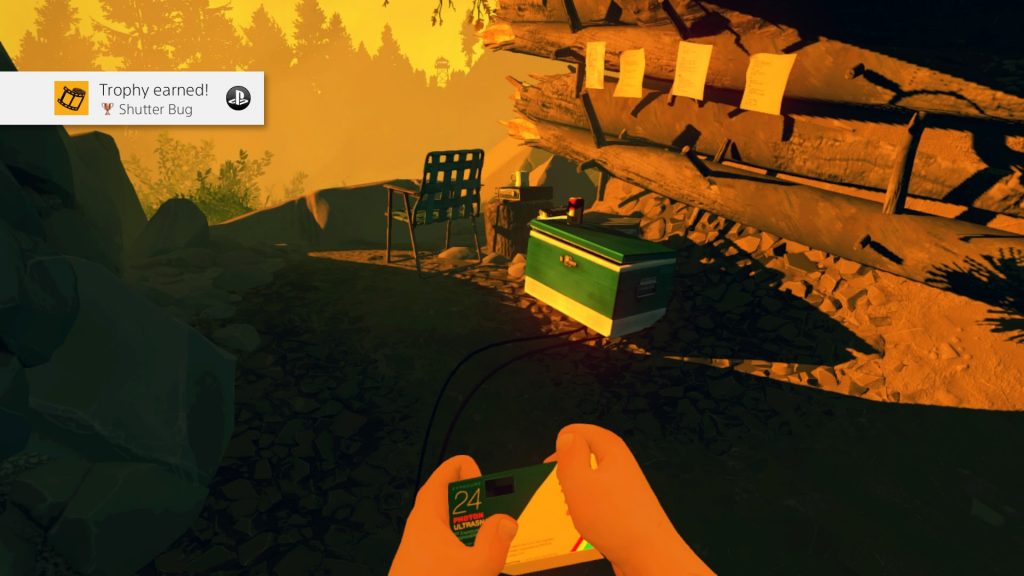 This was one of the rare games that my wife was able to sit next to me and help with the decision process. The decision’s around what I should respond to Delilah with and asking me to dig a little deeper in some places. It felt like we were in a clan meeting deciding the future of somebody. We also both sat there rapt up in the mystery. This opened up a dialogue that ended up with her beginning to appreciate games more. She could see that this was the equivalent of a movie, but one that you interact with. She has since signed up to join in for more games, as long as there’s not too much violence and blood and guts. She is a self-confessed softie.

Other games that have immediately played on my emotions, have made me feel manipulated. I know, in some sense that’s the point. But I feel like they’re trying to elicit a response from me that feels like it’s just “going through the motions”. Some games are too blatant about it, and you can see right through it. Others are subtle and permissive. This game starts out in a very emotional way, it elicited a response from me that really got me at my core. For this reason, I felt slightly used and maybe a little sceptical about what was next. I was asking myself “Was Firewatch going to be a constant grab for an emotional response”. I can happily say that it doesn’t. This is where this game differs from a lot of others games. The story feels like it could happen to anyone, even myself. It has humanity. 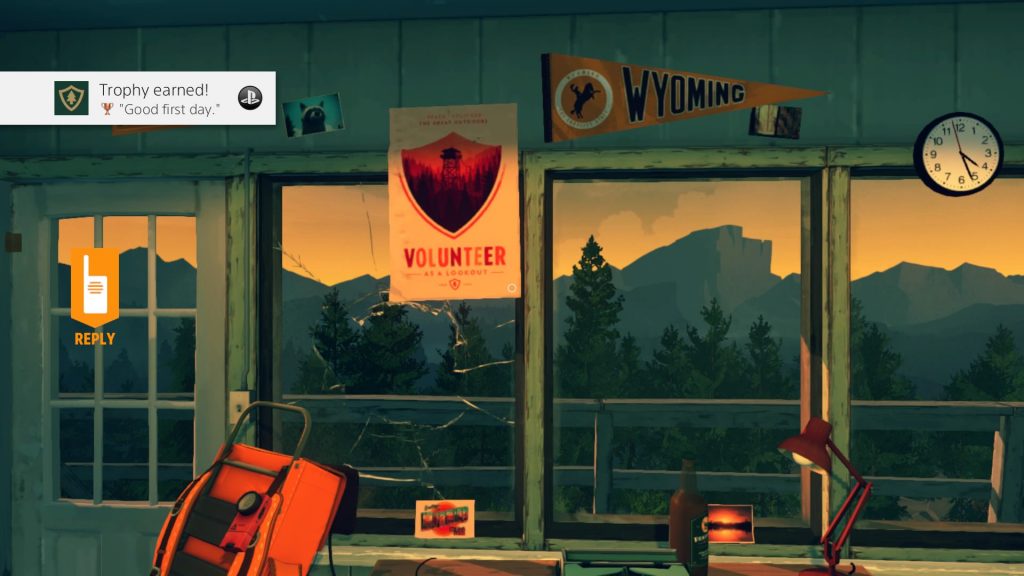 The artwork ignites a playful wonder. It’s cartoonish and the way the character interacts with the world feels innocent. Along with this wonder is a growing sense of danger. Like there’s a thing just over the horizon waiting for you. It starts off as maybe a wild coincidence and then slowly, it builds into something that left me with a feeling of disgust. Several critics have pointed out that the game ends abruptly. Yes, the rabbit hole is snapped shut. But you are left with new hope for the future.

You can find me here: