“What have we built here lads?” – Jack Frags

“Yeah you’ve built that fucking thing from the end of the Labyrinth film, when they’re in the maze” – Tommy Rage 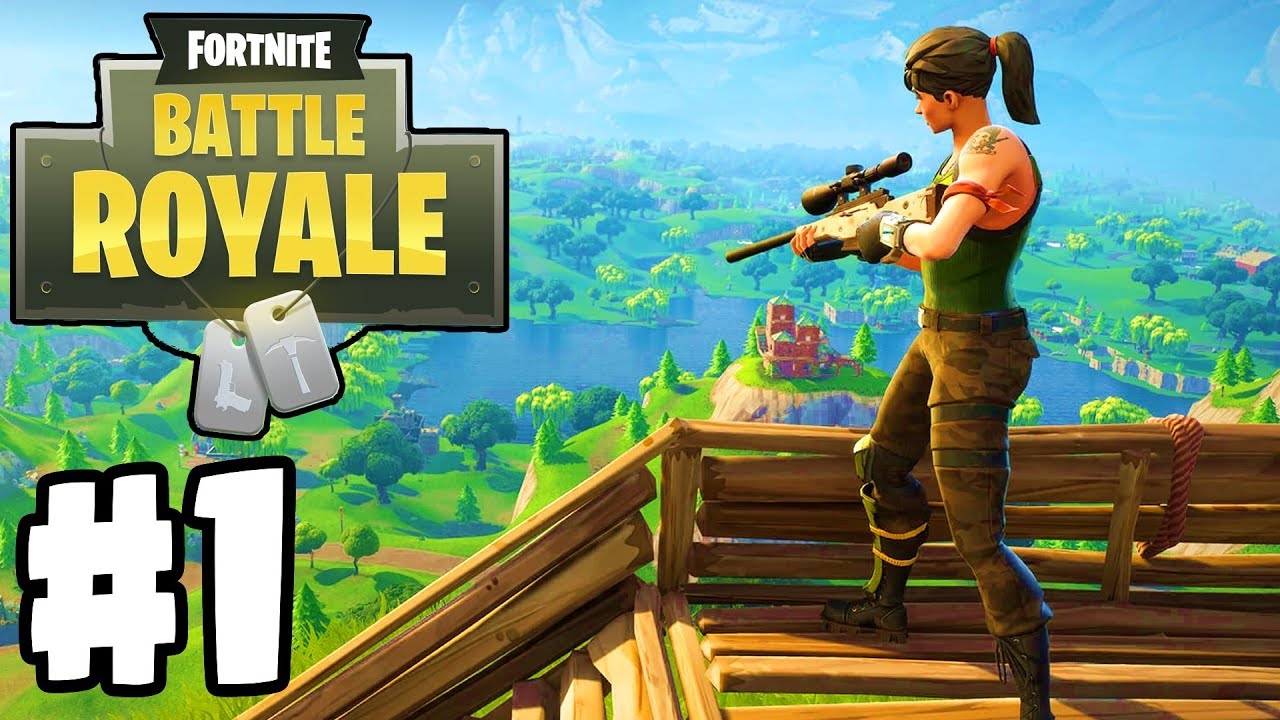 A word to your mum, online games involving people will be irregular, complex and sometimes salty. I won’t be covering that in my review. We have all experienced it and know what it is. I like to keep my reviews positive and honest.

Battle Royale by Epic Games is a Last Man Standing (LMS), online multiplayer action game. The team of developers at Epic Games took inspiration from Pixar, Tim Burton, and Looney Tunes while in development. The game’s look also reminds me of World of Warcraft in its cartoonish manner. Players win by being the last: player, duo or squad at the end of the match. You do this by shooting and building your way across the map. It’s like PUBG and Minecraft had a baby.

Dropping from the sky is the thing to do nowadays for most LMS games. It adds a certain stress about where to jump out, while also trying to beat everyone else to the punch. Do you jump out where there is a heap of loot? Or do you go to no man’s land and hope for the best? It’s a hard choice. Also, getting noob tubed constantly on your spawn point in Call of Duty has made me appreciate the fairness of this decision. Choosing how you want to approach the game from the start is fun; for example, if you’re in a bit of Rambo mood, you can jump into the most hardcore and chaotic spots. If you’re in a sniper mood, go to the outskirts and plan your attacks. Battle Royale is different to other LMS games, the reason being is a player can easily and quickly create structures on the fly. Can’t get up a hill? That’s OK: just make a wooden pathway up there. Need a defensive structure? Blockade yourself in behind multiple walls. And it won’t take hours or days. It only takes a couple of seconds. You do need to collect/farm the resources to do so, but, it’s not hard. 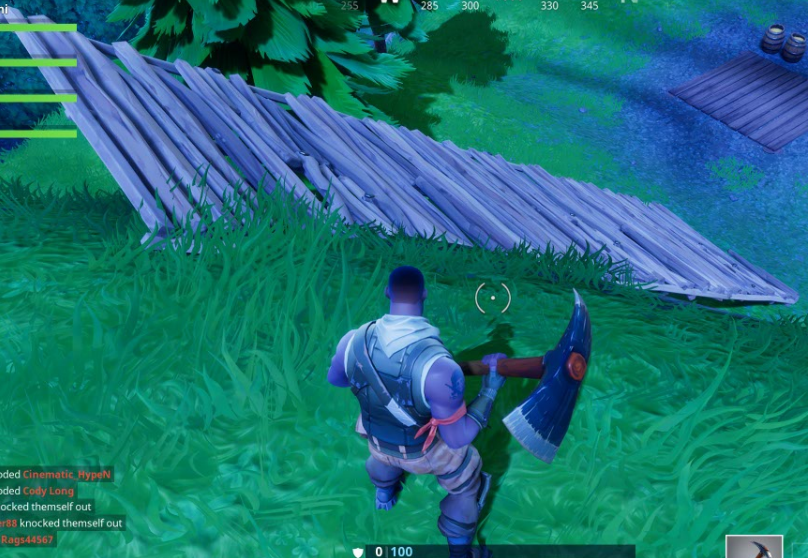 Each player starts with a pickaxe and their wits. The player is dropped from a bus carried by a hot air balloon onto a large island. Each player will then scavenge as many guns, ammo and resources as possible from different buildings across the map. The guns and ammo look sufficiently different to the surroundings so they’re easy to find, if you’re looking. There’s a range of different guns to choose from: pickaxe, pistols, sub-machine guns, assault rifles, grenades, grenade launchers and rocket-propelled guns. You farm resources using your pickaxe. For example, you walk up to a tree and start attacking it and then wood magically appears. You can also do this to buildings.  Some other resources you can collect are brick and steel. Brick and steel create stronger walls, in so far as they can soak up more damage than wood can, which matters if you’re being shot at. When a player is killed, the loot they’ve collected will drop around them, You’re then able to collect it. But be careful as this can also be a trap set by someone else, which I found out the hard way a couple of times. There’s no way to tell the difference. Fun! 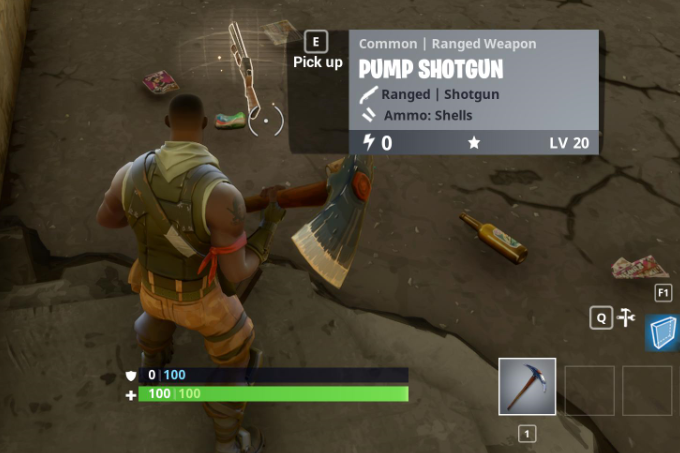 The map is big, so why don’t games last hours upon hours? The developers followed a trend where a circle is formed and you need to make your way into that circle on the map. At a designated time, the rest of the map will be closed off. The progression it closes off is just a bit faster than you can run. You are warned ahead of time about it. Also if you are looking, you can see a giant blueish/white dome coming towards you. If you are outside the circle, your character slowly loses health until you either make it into the circle or you die. By doing this ,it forces everyone together to fight. Eventually, the circle is small enough that a solo, duo or squad will come out as the victor. 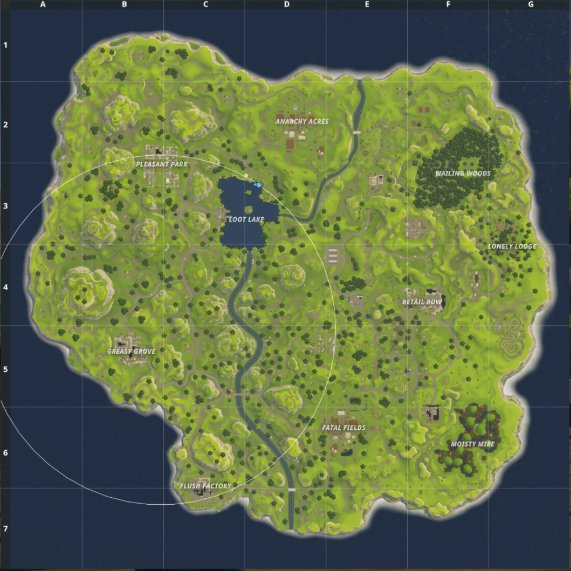 When you have started your journey down the Battle Royale path, you’ll be greeted with a couple of different choices of gameplay options. You can head out as solo if you’re already comfortable with LMS games. If you’re just starting in LMS genre, I would recommend the squad option. You don’t need a squad to do this as it will place you into one. Once you’re ready, you are placed in a lobby. Make sure to run around and hack at people with your pickaxe, it’s a good way to feel what the mechanics of the game are. Don’t worry you are unable to deal damage to other players in the lobby. Once the lobby is ready, you will spawn into a bus that’s attached to a hot air balloon. Keep your camera view down and jump out when your squad jumps out and follow them. Let’s just hope they know where they’re going. Otherwise, it’s going to be the blind leading the blind. Then go to nearby huts, houses, and buildings and grab everything you can. If you come across a blue vial, use it straight away. The vial provides a shield against damage. Also, players with their names in text and green arrows above their head pointing down are your friends. Kill everyone else as they are the enemy. 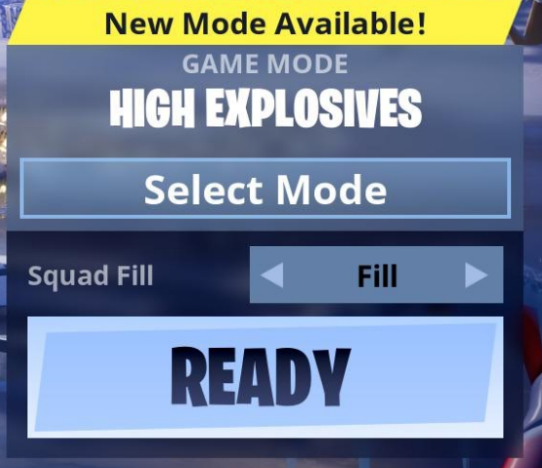 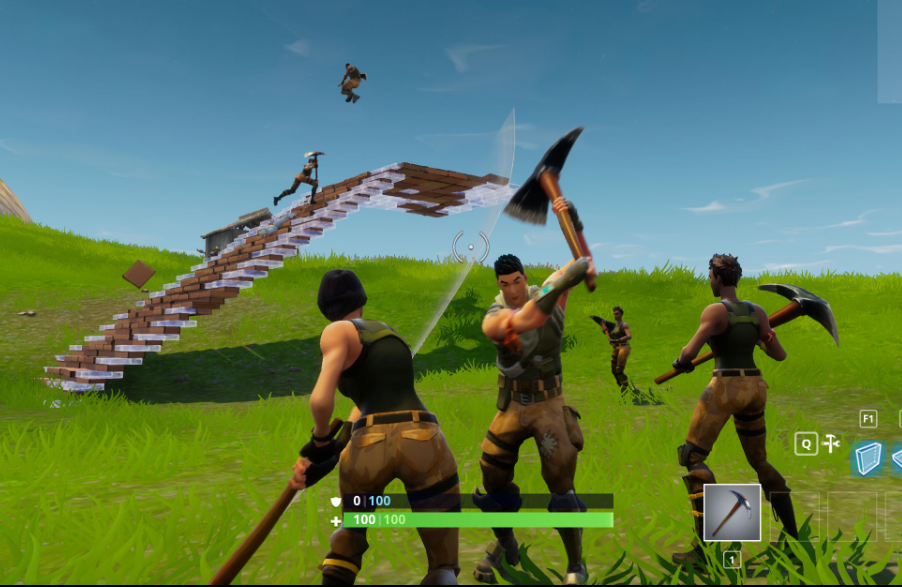 I was also a Day-Z (Steam Day-Z) enthusiast for a time. The game was a lot of fun and your heart raced when an enemy was near. Your death was final and all the loot you had stored up was dropped. I liked the finality of the game. What I found to be frustrating were its bugs. It was slow to update, had severe lag issues, and ladders! I’ve never died so much from trying to climb up or down a ladder. A lot of the time you felt cheated by the game for not allowing you to properly “bring it” in a 1V1 match up. This is where Fornite, for me, has stood out. When I jumped into my first match, I quickly died because I was a newbie. My initial thought was fair enough. I was in a stupid spot trying to win a sniper battle with a shotgun. I hit the guy a couple of times and the damage counter showed me hitting for “10” damage. The enemy was hitting me with for “50” damage with a sniper rifle. He had the high ground as Obe-Wan Kenobi did, so it was not meant to be. It didn’t lag or jolt, it was a smooth ride back to queuing for another game. In comparison, I would try this in Day-Z and the shotgun would win and I also had no idea if I had hit the other player. The feedback was terrible.

The quote at the top of the page is from Jack Frag’s Youtube channel. He and three others were experimenting in-game. It looked different and a lot of fun. What caught my eye was the ability to create structures on the fly and do it quickly. I like the simplicity in this; for example, Rust took way too long to make a good structure, albeit it was a different game, but it was frustrating. There’s currently only four structure to choose when building. But they seem to solve most of the problems that you will face.

There is a growing amount of in-game content. You can wear the plain old skin that you’re provided with at the start of the game. Or you can sport a tight skeleton suit to make the entrance you deserve. The suit also comes with a Scythe, to collect resources. The skins were part of the Halloween update. There are couple of other skins, but the skeleton is my favourite. Because the game is free to play, you’ll need to buy this skin if you want it. Skins and in-game content are how the developers at Epic Games make their money. 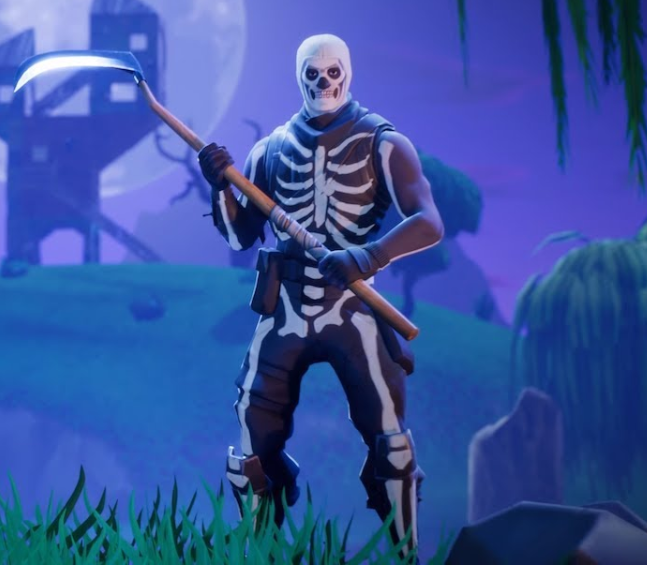 One of the things that I don’t like is using fifty million different game clients. I know I know I ‘m exaggerating. I now have: Steam, Origin, Battle.net, Uplay, GOG, Windows Store, itch.io and now Epic Games. I miss the days when Steam had everything. This game has a childlike (not childish) quality to it. It’s make-believe, which is different from PUGB, which aims to be as lifelike as possible while still being enjoyable. You create structures to beat your enemies. In PUBG you’re unable to change the landscape, you need to adapt to it. If you like the brutality of PUBG or a bit more blood and guts, this game may not be for you. Try it anyway because it’s free and it will give you another flavour of LMS genre.