During World War 2 the city of Berlin was under the spell and control of the Nazi political party. Hitler kept the city under his iron grip by creating a strong but corrupt form of nationalism. He would ask the citizens to watch their fellow neighbours for spies or plots to overthrow him. And they complied. Looking back, historians have broken down the ratio of informants who were around during the height of Hitler’s power. It was 1 in 3. Imaging second guessing your postman or the local mechanic, even your own family members! The odds were against you. The corrupt abused this regularly for their own gain. The mania this produced got worse as the allied forces closed in on Berlin. Who could you trust? Well the answer was no one. Smoke and Sacrifice has similar corrupt and nationalistic themes threaded throughout the game.

Smoke and Sacrifice is a beautifully hand-illustrated survival RPG. You start off in a weird land surrounded by ice that kills, steampunk-styled pipes that generate light to keep you alive and an indoctrinated society that asks you to give up what you love most. You play as Sachi, a women who was beguiled by corrupt ideals to give up her son for a “greater good”. They’re told the sacrifice is for the good of them all. Soon after the ritual of giving up her son, the protective barriers around the town start to disintegrate and Sachi has to choose to stay or go after her son who has been transported into an unknown land. 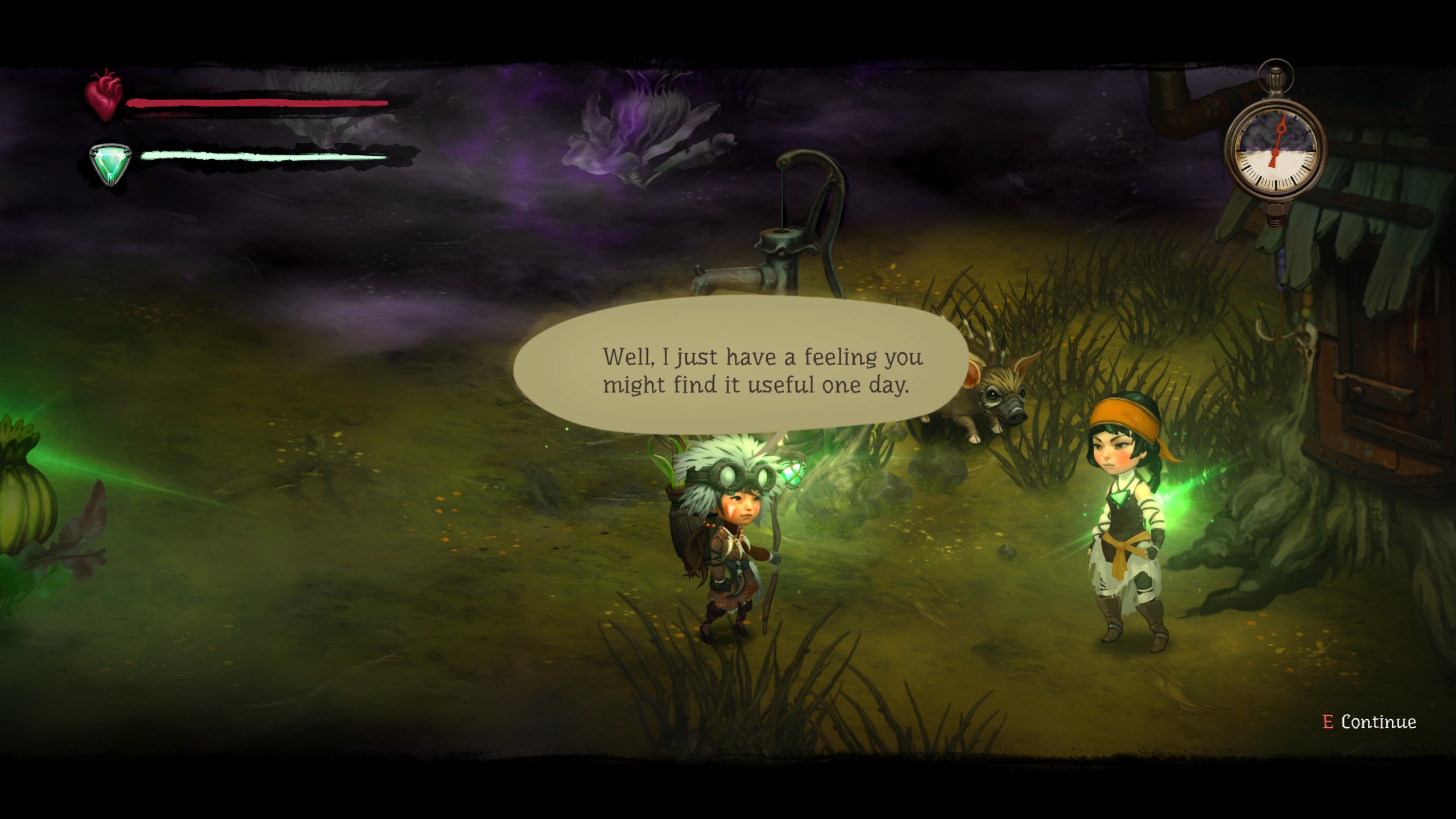 This game is largely based around timing windows. There are cycles between day and “smoke” (night). The smoke pervades the night and will slowly kill you unless you have items to keep it at bay. The smoke also spawns deadly creatures. You will spend a fair amount of your time restocking items. With some of these items degrading over time, it does make quests that much harder to endure. Swords, armour and other useful items aren’t dropped like in the game, Diablo. You’ll need to construct items from pieces collected which can be tedious.

The artwork created for this game is layered with complex themes which I found captivating. You will feel a childlike wonder, along with a foreboding that there’s something evil, while also feeling like everything will be all right.

The gameplay is smooth but not without some occasional crashes and “sticky spots” where an item will fall behind a pipe and you can’t pick it up. I have multiple monitors set up and I would move my mouse either to the left or right of the screen and it would minimise the game. This would happen mostly during a battle because your mouse movements are a bit more erratic. I died a couple of times because of this. How you interact with NPC’s seems a little disconnected. You will receive a major plotline quest without anything differing for a secondary quest. There needs to be a bit more bravado and build up for the main quests, and some context as to why they’re important. Without this, you take off thinking that you are undertaking a main task only to realise that it’s a side quest, which is annoying. 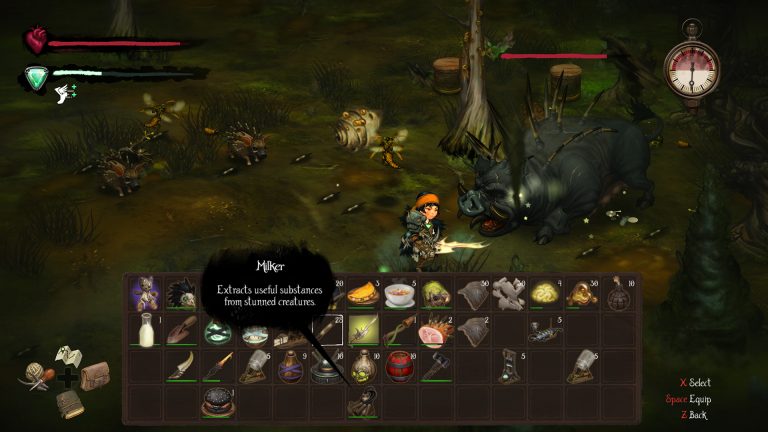 As you progress through the game you unravel what’s wrong with this world. You find out why the corruption has spread and also why a nationalistic ideal was installed into your fellow citizens. It’s not just a black and white, good versus bad ideal, but something relatable. It takes around 2 hours to get into the game and find out how it works. Once I got through that, I really enjoyed the game, from the artwork to the thought-out and layered story. Give this game a shot, it’s worth it.

Head over to savemi.com.au to purchase Smoke and Sacrifice. Some of the proceeds from the sale go to Beyond Blue, a fantastic organisation providing vital resources for mental health.

This game is available on PC and the Nintendo Switch.

IF you don’t follow me on social media there are two things you need to know about me. I love…