Lost In Play: A World Of Pure Imagination

Lost In Play is a charming adventure game from developer Happy Juice Games. Siblings Toto and Gal are playing in a world of their own creation when they wander too far from home. The brother and sister must now work together, solving puzzles to find their way back home. 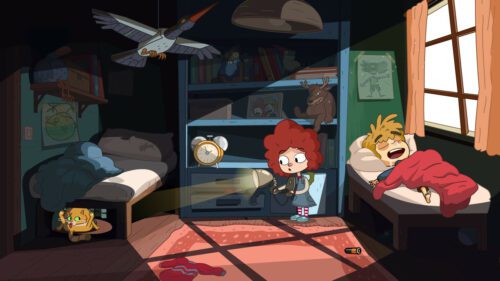 That’s the premise of Lost In Play. What starts as a sister trying to wake her brother to play morphs into an imaginative, almost point-and-click style of adventure where the siblings are trying to find their way home.

One of the things that first grabbed me was that there was no dialogue, written or spoken. The story of the game is told through pictograms and the actions of the characters. I love this approach and not just because it means I don’t have to read. It means that a younger audience can play and progress without much aid from someone older.

The puzzles are fun and humorous. There were times when the solution was fairly obvious but when the right items were used in the correct manner the result wasn’t what I was expecting. More than once I had a little chuckle when an answer provided an unanticipated outcome. 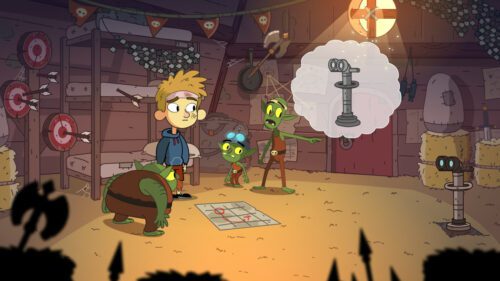 The musical and art style provoke a whimsical feeling harkening back to some of my favourite cartoons. Everything combined to make Lost In Play an enjoyable experience. In fact, the only slightly negative thing I have to say about it is how it seemed to abandon its real world/fantasy world motif early on. I loved when the game switched between the siblings’ imagination and the ordinary objects they were using to create such wonderous surroundings.

Lost In Play is a gorgeous game with fun puzzles. Its style and non-verbal story telling make it a great game to relax and chill with.

Lost In Play launches on the 10th August on PC and Nintendo Switch.