THE newest set for Magic: The Gathering, Strixhaven: School of Mages, has launch digitally today in MTG Arena. MTG fans will be able to get an early look and feel for the new set a week ahead its physical tabletop release on April 23rd.

Strixhaven: School of Mages introduces new mechanics to the game as well as new spells and mages. The Strixhaven set features five different colleges of magic: Lorehold, Prismari, Quandrix, Silverquill and Witherbloom. These were introduced to fans via a Wizards of the Coast Stream last month. Each of the five colleges will come with different magical affects and play styles to choose from.

Two core mechanics are also introduced in Strixhaven: School of Mages. “Magecraft” can offer different effects when casting instant or sorcery spells while “Learn” will allow players to draw Lesson cards from outside of the game. Players can even use school mascots to come to their aid.

For those mainly playing the tabletop version of Strixhaven: School of Mages, there are a special collection of cards which feature different art styles to regular cards. There are 63 showcase frame cards to collect which can be obtained through Set, Draft and Collecter Booster packs. These will be easy to collect with a guarantee of one non-foil in both Set and Draft and a minimum of three in Collector Boosters. Special Japanese artwork variations are also available in Strixhaven: School of Mages in Collector Boosters and Japanese language Booster as well as digitally in MTG Arena. 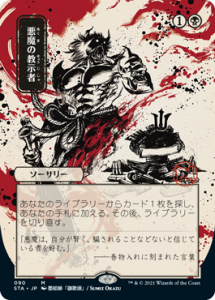