Metal: Hellsinger is a first-person rhythm shooter where you play as The Unknown. Her voice was stolen by the Red Judge and nothing will stop her from getting it back.

Anybody that’s seen the trailers for Metal: Hellsinger can tell straight away that it’s heavily inspired by the Doom franchise. From the music to the gameplay, the influence of that series definitely shows through. But this game takes some of the ideas in Doom and does its own thing.

While Mick Gordon’s soundtrack is synonymous with Doom, it’s there to support the gameplay. Metal: Hellsinger puts the music front and centre, bringing in amazing singers like Serj Tankian (System Of A Down), Matt Heafy (Trivium), Alissa White-Gluz (Arch Enemy), Tatiana Shmayluk (Jinjer) and so many others to perform songs especially written for the game.

At the centre of the game is beat matching. Shooting on the beat will increase Fury, a multipiler that means that weapons do more damage. When you hit 16 times multiplier the vocals for that level’s soundtrack will kick in and make everything feel more epic. The longer you keep that Fury gauge high, the higher your score. You can see how you stack up against the world at the end of each level.

Beat matching speeds up reloading. Players can hit reload and let it do its thing, but hitting the reload button again on consecutive beats reloads faster. Health regeneration is possible through an attack called Slaughter. Once an enemy has been damaged and almost killed it will start flashing red. Pressing the Slaughter button on the beat will execute said enemy and drop health.

Welcome To The Boom Town 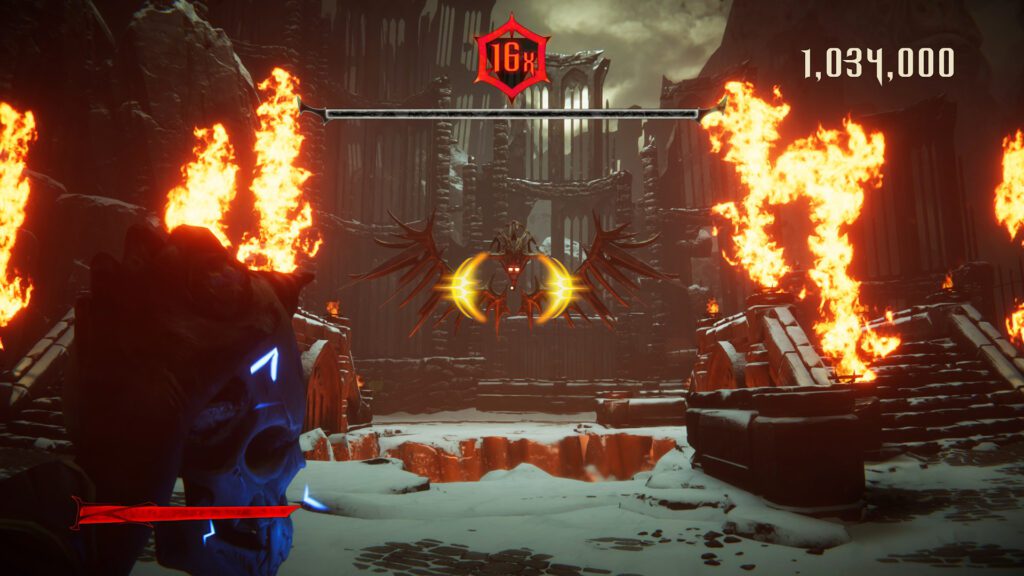 The Unknown starts Metal: Hellsinger with only two weapons: Paz, a narrating skull that shoots fireballs, and Terminus, The Unknown’s blade. Progressing through levels unlocks four other weapons, each with varying advantages and disadvantages. I had a lot of fun trying different weapons on different enemies to find the best way to take on Hell’s hordes.

All the weapons have differing Ultimate attack. The shotgun Persephone fires a massive round of high damage to lots of enemies while the crossbow Vulcan creates a vortex that sucks enemies into it. Each Ultimate is extremely handing in aiding The Unknown.

Once a level has been competed challenge levels called Torments open. There are three Torments per level, with the exception of the tutorial and final levels. These do things like randomly change your weapon after you kill an enemy or force you to kill a certain number of enemies with either Ultimate or Slaughter attacks. When completed The Unknown gains a Sigil that gives her abilities, such as dealing extra damage when at low health or letting the player miss beats and maintaining the current Hit Streak. Sigils can be upgraded based on the Torments that players complete.

After unlocking some weapons and Sigils the player will be introduced to the loadout screen. While players will always have access to Paz and Terminus they can only select a maximum of two other weapons. They can also only pick two Sigils to aid in combat. 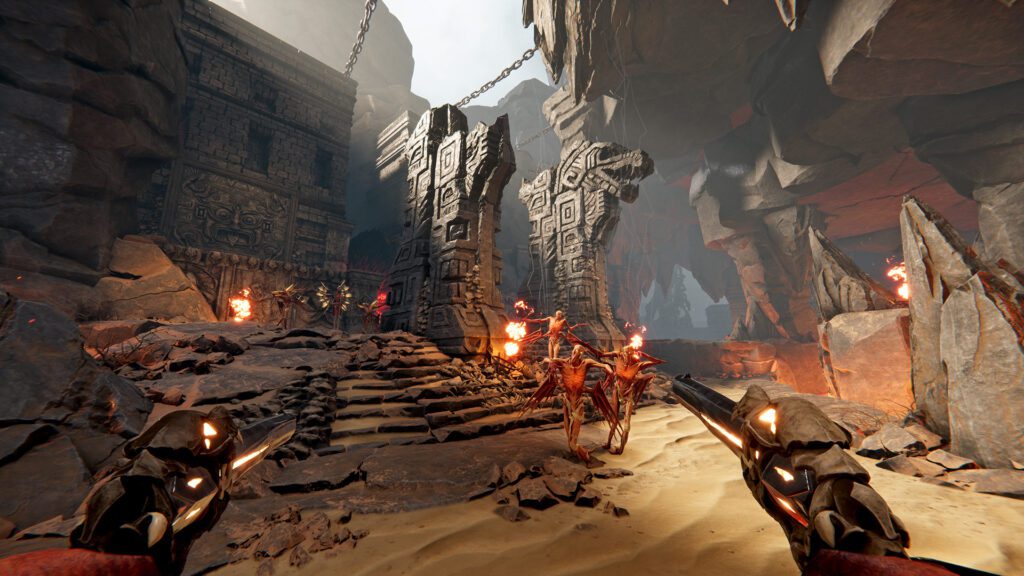 There’s a good variety of enemies that attack in different ways that make the player think about weapon and sigil. The stages are beautifully crafted and my only real complaint is that there’s not really a lot of time to stop and admire the scenery. With the exception of the final boss, the end of level bosses were very similar in their looks but the arenas and their attacks were varied enough that each had its own flair.

Metal: Hellsinger features a codex. It’s there players can read up on enemies as well as tutorial information and other handy tips. It even has a spot where you can just listen to the music and watch the cut scenes the player has unlocked.

Overall Metal: Hellsinger does exactly what it says on the box. The music is amazing and the better the player does the more epic it gets. Having somewhere that players can just listen to the music is a big plus considering how much emphasis the game puts on the songs. The gameplay is fun and fluid with enough variety in enemies to keep players engaged. I highly recommend picking up Metal: Hellsinger.