“I really enjoyed Nelly Cootalot: Spoondbeaks Ahoy! HD and felt like I was playing a female version of Guybrush Threepwood from Monkey Island.”

I love point-and-click adventure games and I put this down to them being the first games that really captivated me as a young teenager. Games like Sierra’s King, Space and Police Quests, Quest for Glory and Leisure Suit Larry series’ laid the foundations with text-parser gameplay until the 90’s when point-and-click with a mouse came into it’s own with the later Monkey Island and Quest for Glory games as well as Indiana Jones and the Fate of Atlantis. Aside from gameplay, one thing that was common with this games was humour, mostly in the form of puns.

Point-and-click games petered out in the mid 00’s with a couple of releases trickling through, but it wasn’t really until 2017/2018 that P&C games started to experience a renaissance. Last year I played Lamplight City by Grundislav Games and Application Systems Heidelberg and despite the dark detective theme, there were still plenty of puns and great humour in the dialogue. Recently I was given the opportunity to play Application Systems Heidelberg latest release, Nelly Cootalot: Spoonbeaks Ahoy! HD and the short story had me chuckling to myself throughout.

Nelly Cootalot: Spoonbeaks Ahoy! HD is a remake of the original game from 2007 by comedian and filmmaker Alasdair Beckett-King. He originally developed Nelly Cootalot: Spoonbeaks Ahoy! himself as a birthday present for his girlfriend, but it quickly gained popularity at the time, in part, thanks to it being freeware. The game features main character Nelly Cootalot, another pirate adventurer with a cute and innocent outlook on pirate life, modelled after Alasdair’s girlfriend. The game’s art style is all beautifully hand-drawn as Nelly tries to get to the bottom of the disappearance of birds called spoonbeaks in the Barony of Meeth. While the story is short, the game won a number of Adventure Game Studios awards in that year. 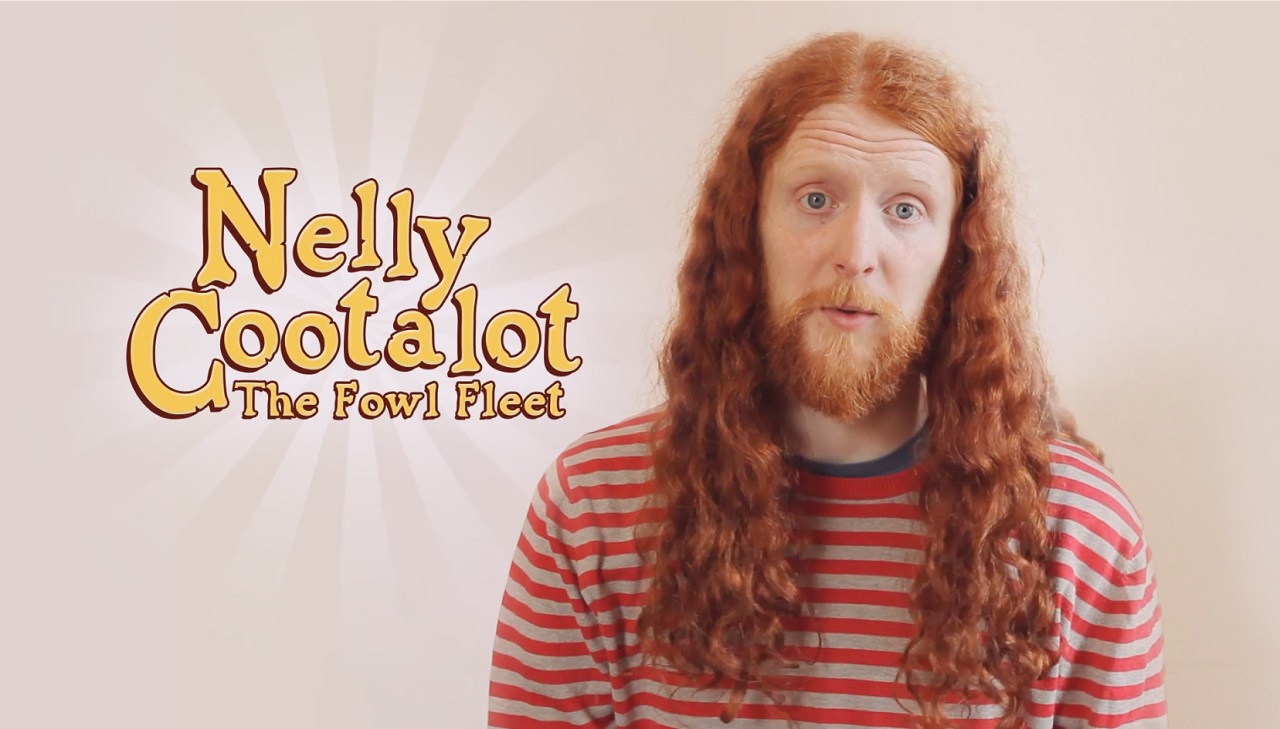 Given the game’s popularity, Alasdair commenced a kickstarter campaign in 2013 to create a second game called Nelly Cootalot: The Fowl Fleet. With over 1000 backers and joining forces with publisher Application Systems Heidelberg in 2014, Nelly Cootalot: The Fowl Fleet was released in March 2016. This game features a much longer story with over 45 characters and 35 locations to explore, with updated graphics and professional voice acting which adds much more depth to the characters. 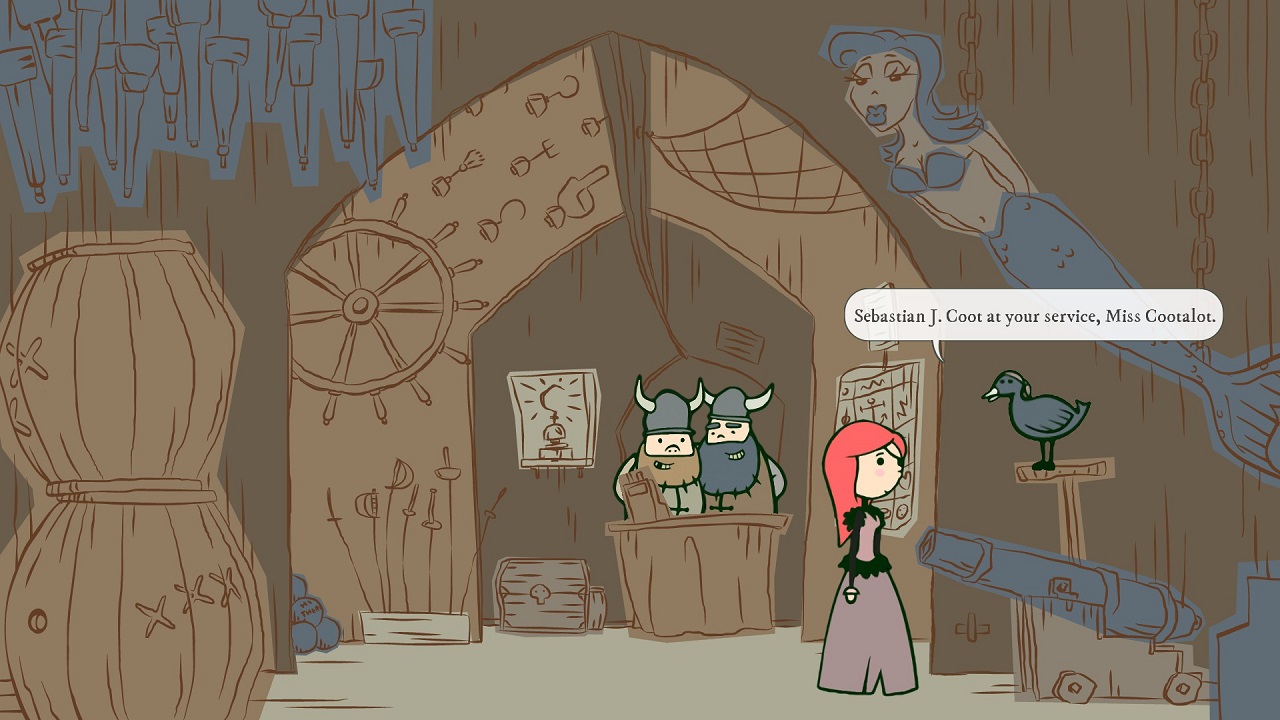 Fast forward to May 23, 2019 and a new version of Nelly Cootalot: Spoonbeaks Ahoy! HD was released. In an introductory video to the game, Alasdair explains that he himself performed most of the voice acting. He has done a terrific job portraying the varying types of characters from the nasty Baron Widebeard to little leprechauns. He also increased the game resolution to support 1920×1080 as well as other widescreen resolutions, “updated bad jokes to good jokes” and set the game’s low price such that “the revenue of the game – after fees and taxes – go to the RSPB, a British charity taking care of our feathered friends (birds).”

There were a number of puzzles to solve as you start to unravel the story and the solutions present themselves with a little thinking and some travelling back and forth with the fast-travel map. There were two puzzles that had me stumped for a bit, particularly solving the pirate code. I was trying to apply too much logic and getting frustrated, until my wife Heather peered over my shoulder and said “have you tried doing this?” She then proceeded to solve it right then and there, show off. There were a couple of times where Nelly stood over an interactable item though it was poking out enough to click. Nelly also got stuck in a door and couldn’t move. Thankfully given the point-and-click nature of the game, I was able to interact with an object which moved Nelly out of the door. 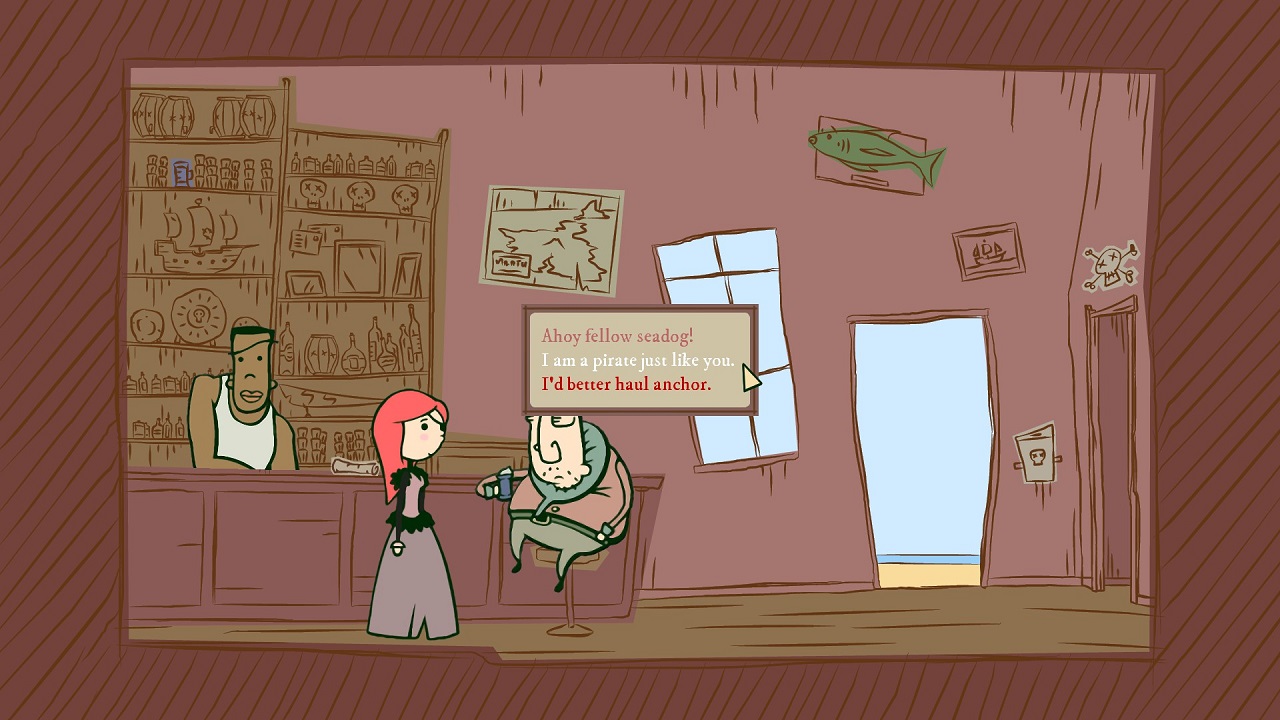 From the official website, the game offers the opportunity to:

The dialogue system is easy to use, giving you plenty of conversations options. The story is linear so most dialogue options are for humour and to give a bit more insight into life on Meeth. Moving the mouse to the top of the screen gives you the menu items such as inventory and map. As is the case with point-and-click games, you click inventory items on other items or the environment to use them. There’s also a hint button which will highlight all interactable items in the current environment, though seasoned point-and-clickers are well versed in moving the mouse around the screen looking for these. 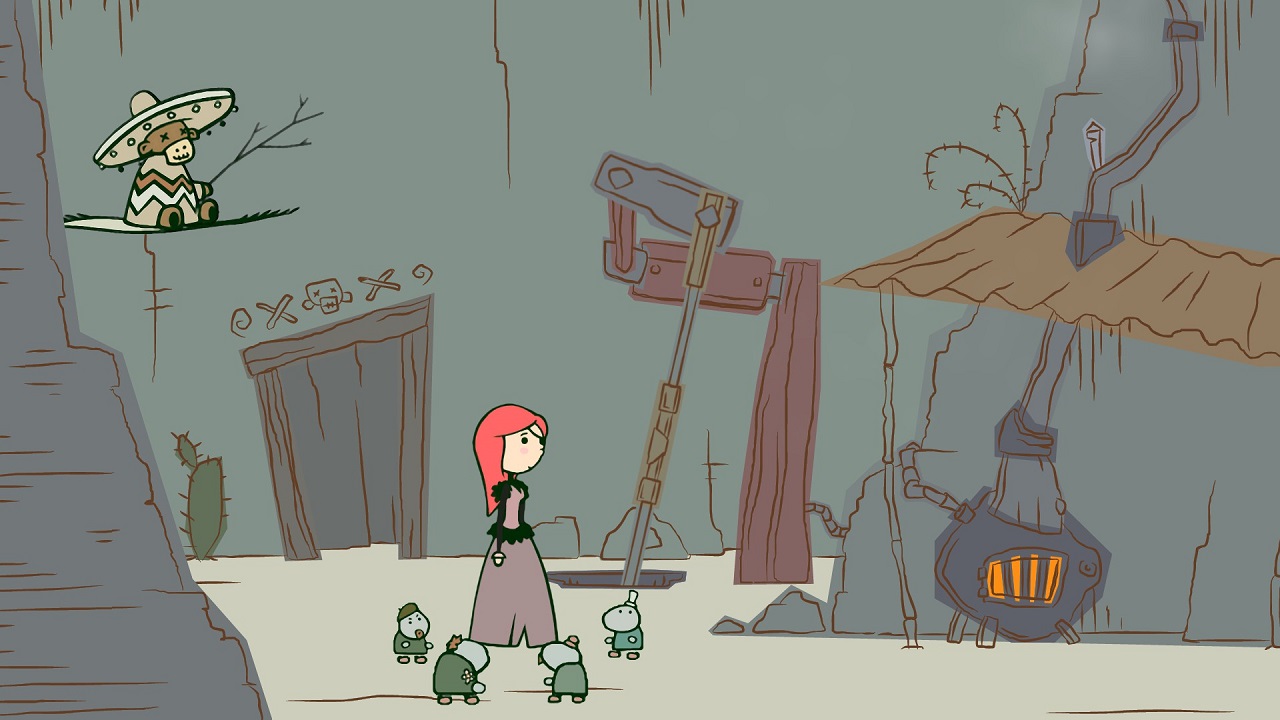 Overall I gave the game a 8/10. I really enjoyed my time in Nelly Cootalot: Spoondbeaks Ahoy! HD and felt like I was playing a female version of Guybrush Threepwood from the Monkey Island games. At just under 3 hours, it left me wanting more so I bought Nelly Cootalot: The Fowl Fleet to help support Alasdair and Application Systems Heidelberg. I’m so glad that point-and-click games are still being developed and hope we can support developers and publishers to keep producing great works of art like this.

This review utilised a key provided by the publisher and Nelly Cootalot: Spoondbeaks Ahoy! HD is available to purchase through Steam.