EARLIER this year, Gearbox announced at their PAX Digital Showcase future plans for Borderlands 3 involving more DLC’s and a free upgrade to next-gen. Today, Gearbox and 2K revealed more details while announcing Season Pass 2. The new Season Pass is slightly different to the first, featuring two major content add-ons as opposed to the previous four. A Designer’s Cut and Director’s Cut will be released on November 10 and next year respectively with the former launching just in time for the launch of both next-gen consoles. 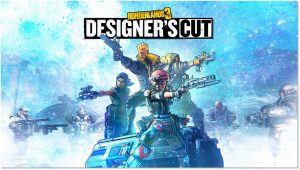 Little is known what the Designer’s and Director’s Cut will specifically entail. Gearbox have only mentioned that the Designer’s Cut will feature the previously mentioned new Skill Tree’s for each Vault Hunter and a new standalone mode called Arms Race. More Information about the Designer’s Cut will however be covered by the Borderlands Creator Team from October 21 via a series of streams in the Borderlands Twitch Channel. However, you’ll need to be awake super early if you’re tuning in from Australia as said streams will commence at 2AM AEST. Specifics can be found below: