SAVE the date because a Vampire wedding is about to take place, and you’re all invited. Following up from the previous Halloween-themed card set, Magic: The Gathering are launching their new vampire-focused set today in MTG Arena. Crimson Vow is the second and final set in this years Halloween-themed saga and it’s set to be an affair to remember. Tabletop players will unfortunately have to wait another week though for the physical launch on November 19. 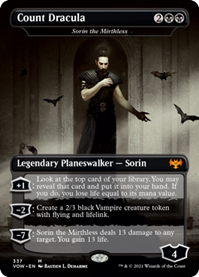 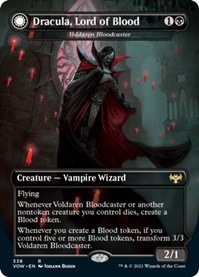 Like Midnight Hunt, Crimson Vow also takes place in Innistrad and focuses on a Vampire Planeswalker named Sorin and Vampire noblewoman, Olivia Voldaren. But most of the focus is on Olivia’s big day as she marries herself into the Markov bloodline. But not if Sorin can stop her, as once she’s wed she’ll take control over the plane. The guest list is filled to the brim, including Dracula himself, whom makes an appearance among the 267-card set.

Like most other sets introduced to MTG, new gameplay mechanics have been implemented for both Vampire and human cards. Vampires can use Blood Tokens to discard one card for another, while humans have a mechanic called Training. If a creature attacks with a creature of greater power, humans gain a +1/+1 counter when Training is used. There’s also a new spell called Cleave, which can omit words in their description.

Crimson Vow cards have also teamed with the theme of it’s gothic vampire setting, featuring Fang Frame cards which can be found below. 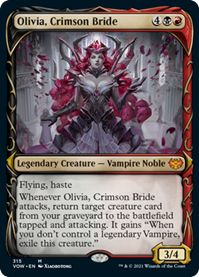 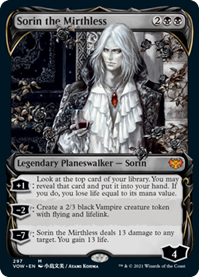