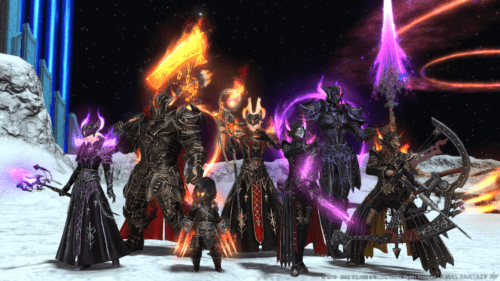 THE long awaited Patch 6.2 for Final Fantasy XIV Online has finally been discussed in greater detail. The Letter from the Producer LIVE broadcast was streamed over the weekend, where Final Fantasy XIV Online Director/Producer Naoki Yoshida discussed new Patch details and its long awaited release date. “Buried Memory”, the title for Patch 6.2, is scheduled to go live in the popular MMORPG on August 23.

Patch 6.2’s main features are the next chapter to the main scenario for the Endwalker expansion. As well as the next tier in the Pandæmonium raid, titled Abyssos, and a new farming island called “Sanctuary”. Sanctuary is a brand new solo experience for players who want to unwind and do a different kind of “farming”. You’ll be able to build your own farm, gather materials, care for creatures, and more.

Other key instances coming to Patch 6.2 include a new dungeon called “Fell Court of Troia”, a brand new 8-man Trial and the addition of a new Unreal Trial. “Containment Bay S1T7”, originally released in the Heavensward expansion, is the next instance to get the “Unreal” treatment.

There are also major changes coming for several other duties, mainly in regards to the Main Scenario Quests.The Steps of Faith trial will be reworked as a solo quest battle. The infamous Thornmarch trial (if you know, you know) will also be getting revamped. Duty Support has also been added for dungeons from the 2.x series to 3.0.

And lastly, PvP Series 2 and Crystalline Conflict Series 3 will begin as of Patch 6.2. A handful of other updates for this coming Patch, including updates to adventurer plates/portraits and glamour dresser capacity expanding from 400 slots to 800.