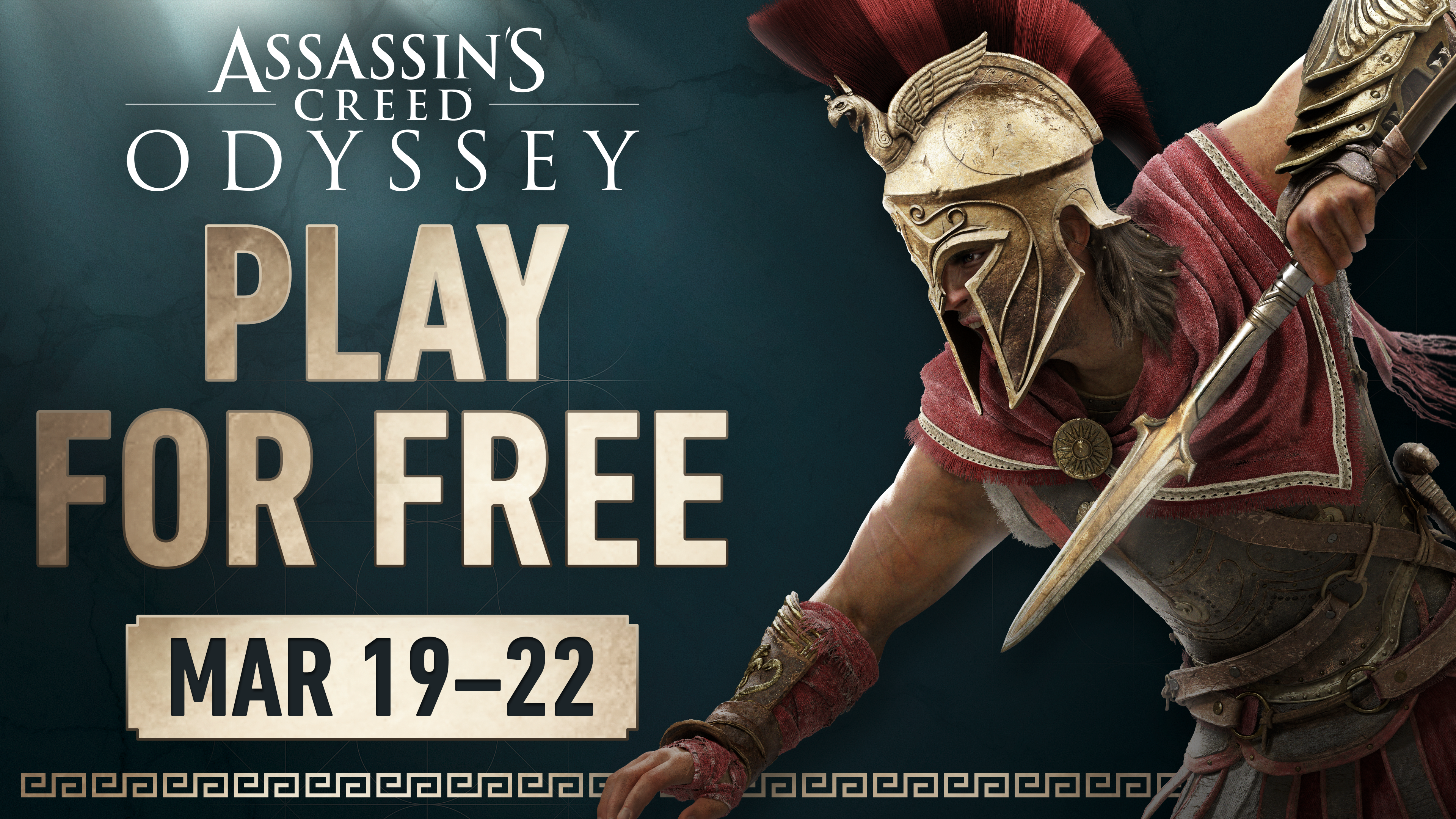 Assassin’s Creed: Odyssey is free to play from March 19-24

STUCK at home? Looking for an awesome game to play? Don’t have any money? Ubisoft has you covered this weekend at least, with Assassin’s Creed: Odyssey being free to play from March 19-24 on PC (Uplay), PlayStation 4 and Xbox One X.

The game is really, really good – it’s one of my all-time favourites, with a great setting, great cast and great gameplay.

As the game blurb says: “Playing as either Alexios or Kassandra, an outcast Spartan mercenary, players will embark on an epic journey into a living, systemic open world, where they will uncover the truth about their mysterious past and become legendary Greek heroes.”

A #ProTip: Play as Kassandra if you can; the voice acting and portrayal of her character is just superb.

Ubisoft have said that Free Weekend players will have access to the full main game content – and there is a lot of it; the main quest alone takes something like 50 hours and that’s not including the various side-quests you can and will find yourself getting roped into.

According to Ubisoft, any progression made during the Free Weekend will carry over when the player upgrades to the full game on the same platform.

They also note an online connection might be required to start the game as a free player along with a subscription and Xbox One players will require a Xbox Live Gold subscription to access the free weekend trial.

The Free Weekend timings for the Australia/NZ region are: