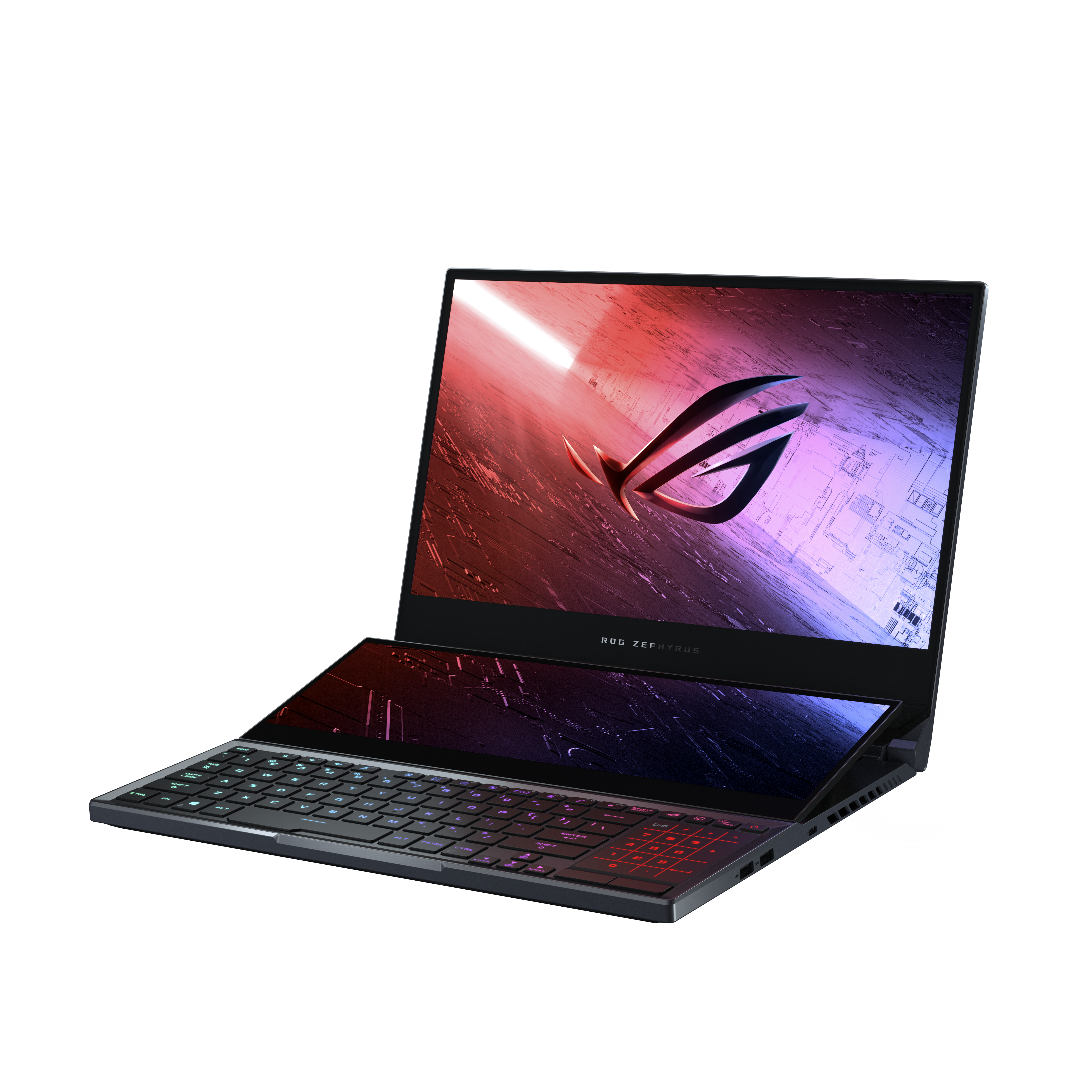 SURE, the world is in the grip of a viral pandemic and we’re all stuck inside until question mark, but that just means more time for gaming, right? Several laptop manufacturers think so, and we’re starting to see announcements around some of their new line-ups becoming public.

Asus have announced their Southern Hemisphere Autumn 2020 range of gaming laptops and there’s a few appealing items on the list – starting with a high-end, dual screen model known as the Republic of Gamers (ROG) Zephyrus Duo 15.

The main screen is a 15.6” with a secondary 14.1” 4K display, powered by an Nvidia RTX 2080 Super graphics card. The secondary display tilts up 13 degrees when the laptop is opened, allowing additional venting and cooling access for the CPU and GPU

The primary display can be either a 300hz 1080p display or a 4K display with 100 per cent Adobe RGB coverage, with the machine’s processing power coming from a 10th generation Intel i9 processor, backed by 16GB-32GB of RAM.

Storage wise, there is an SSD holding up to 2TB, depending on which version the customer selects.

I was very impressed with Asus’s previous dual-screen laptop offering, the ZenBook Pro Duo, and am keen to get my hands on this one for a thorough review when it releases.

Sitting below the flagship are the ROG Zephyrus S and ROG Zephyrus M series, with the range being rounded out by the ROG Strix Scar and ROG Strix G series laptops.

The press materials Asus release say Zephyrus S17 “offers an expansive 17.3-inch display in a svelte 18.7-millimeter-thin chassis” and it features a 300Hz refresh with a 10th generation Intel i7 processor and graphic cards ranging up to the Nvidia RTX 2080 Super.

Asus further note the S17 has a Pantone-validated display which will help for creative purposes too.

The S15 is being pitched as “the ultimate Zephyrus laptop for the travelling gamer”, with Asus noting the unit “is constructed of magnesium-aluminium alloy using a combination of die casting and machining techniques, so it resists the flexing that makes some ultraslim laptops feel flimsy”.

The ROG Zephyrus M15 is positioned as offering a combination of value and performance, with options including 240HZ 1080p displays, 4K UH displays  and a range of graphics cards from the Nvidia GTX 1660Ti to the RTX 2070, with an i7 processor under the bonnet.

“Carefully curated features and components keep the affordable Zephyrus M15 punching above its weight. Versatile and portable, it’s the perfect gaming laptop for people who want to do more than game,” Asus have said.

According to the Asus press materials, “ROG Strix laptops are unabashed gaming machines, designed inside and out for glory. From the aluminium skin on the lid to the raised ridges that accent the ventilated 3D flow zone at the rear, each model is a showpiece that shines in the spotlight of e-sports arenas.”

They claim ROG Strix configurations feature some of the highest-end gaming components on the market, including an intelligent cooling system with liquid metal thermal compound, and a third M.2 SSD slot.

The new Asus laptop range is expected to be available in June, with RRPs and availabilities known closer to the time.