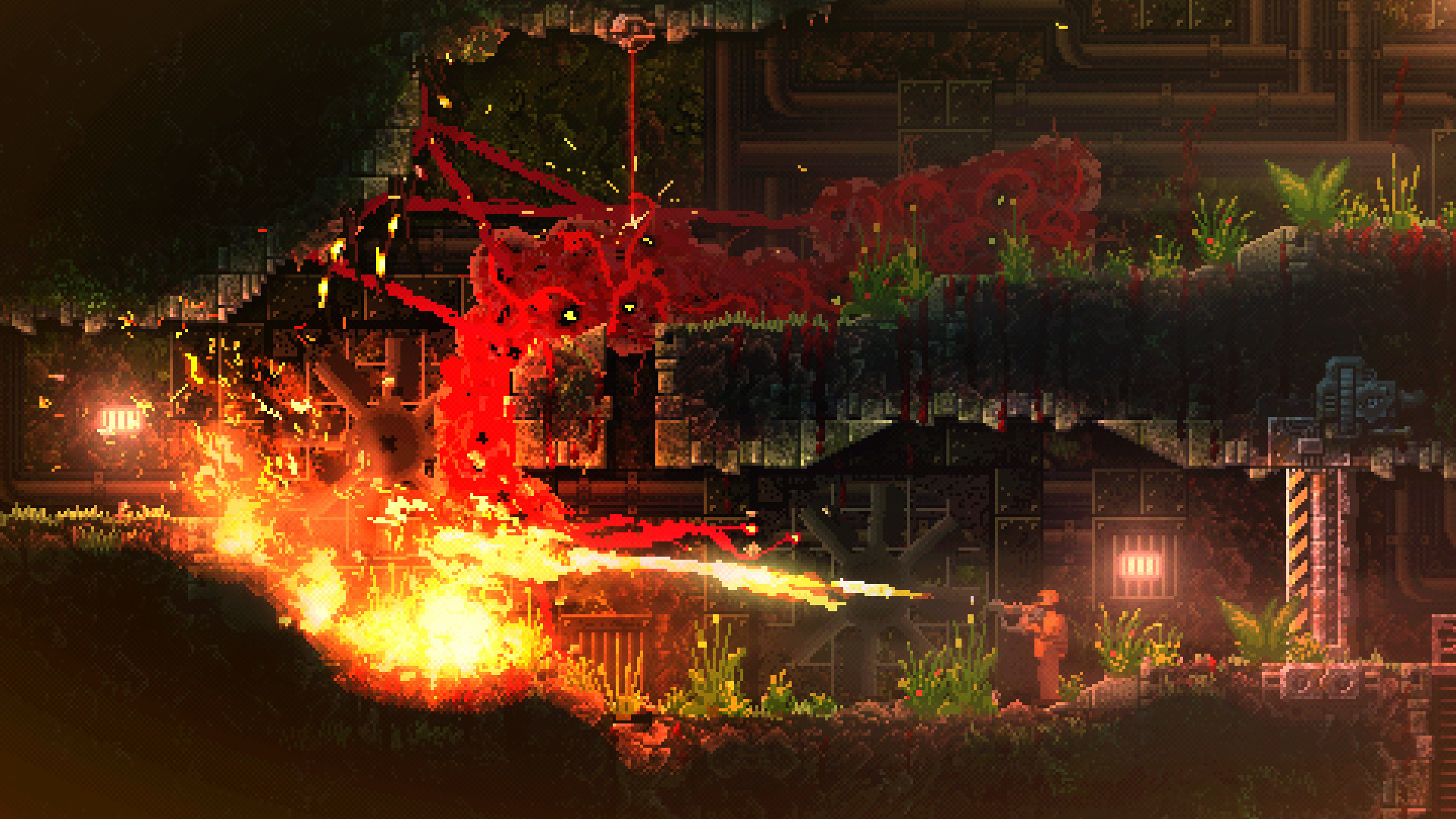 Carrion crawling onto PC and Xbox One in 2020

PHOBIA Game Studio and publishers Devolver Digital have announced the “uncomfortably squishy” horror game Carrion will be releasing on PC and Xbox One later next year.

Revealed at E3 2019, Devolver said Carrion immediately became one of their most anticipated games, “garnering award nominations and ritual sacrifices in its unholy name.”

Carrion is a retro-style reverse horror game in which you assume the role of an amorphous creature of unknown origin, which has escaped from some sort of underground lab/containment facility and, in true horror movie fashion, is out for revenge as a range of opponents from hapless scientists to heavily armed special forces commandos try and stop you.

Devolver have said players will be able to “Stalk and consume those that imprisoned you to spread fear and panic throughout the facility” and “Grow and evolve as you tear down this prison and acquire more and more devastating abilities on the path to retribution.”

I was able to play an early build at E3 earlier this year and was quite impressed with it – the movement mechanics were well implemented and the premise was really intriguing too.

It’s definitely on my watchlist for 2020, although no firm release date has been announced beyond that. Yet.