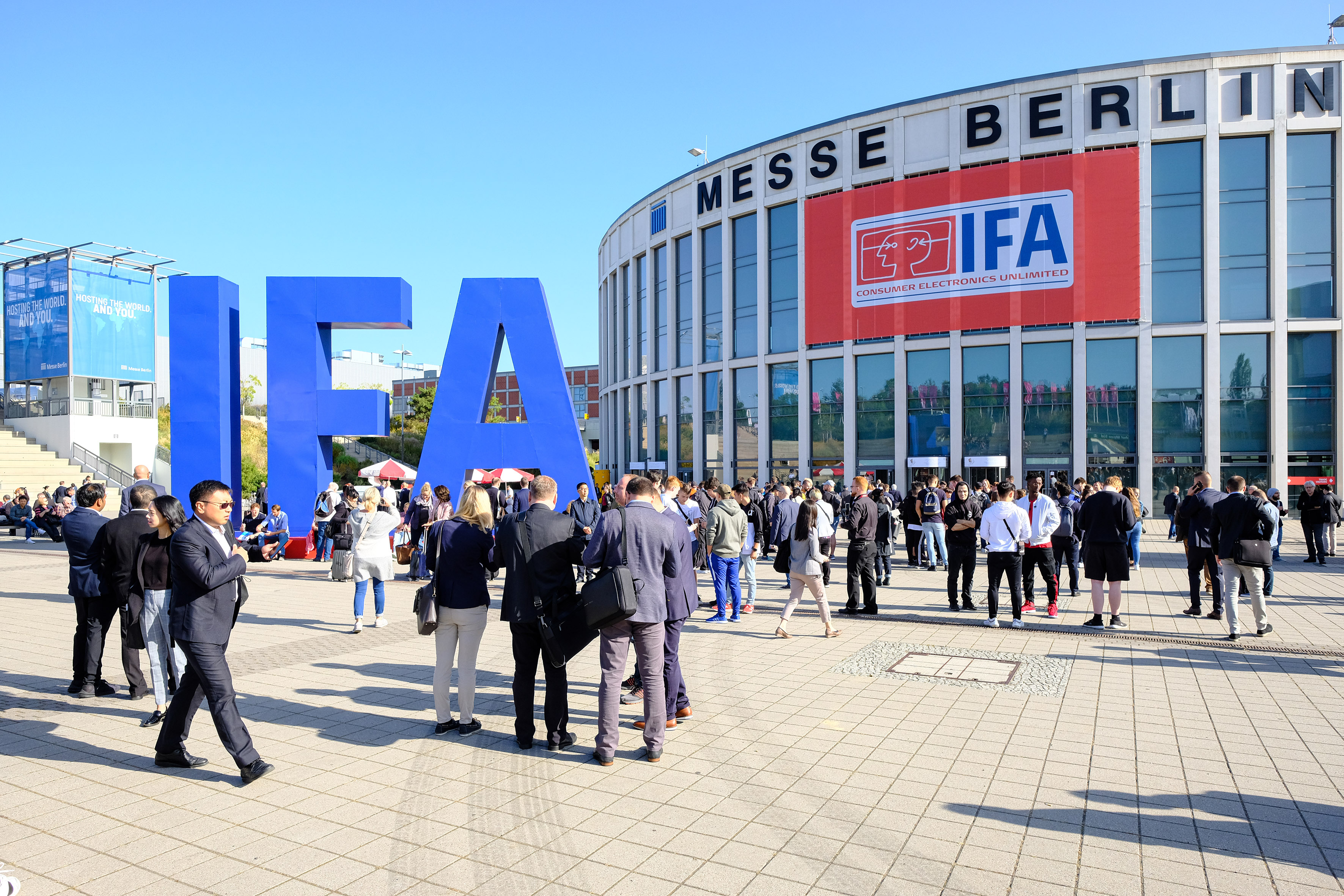 ONE of the world’s largest technology trade shows has confirmed it will happen in a real world, physical sense – but it will be invite only, the public will not be able to attend, and numbers will be very limited.

During a live broadcast this evening, IFA Berlin executive director Jens Heithecke confirmed IFA 2020 would happen in a real world sense, with the event reinventing itself for 2020 as a three-day event from September 3-5.

Each of the individual events will be limited to 1000 invited attendees, and there will be a total of 800 journalists from across the world invited to cover the event.

More information on what the event will involve and how it will work is expected in the near future – I’m certainly looking forward to finding out more, as it’s an important event with a lot of fascinating tech.

IFA has been given the go-ahead to take place in 2020 as a real-life event in Berlin, based on a special concept that puts health and safety first. Taking place over just three days – from 3 to 5 September – this year’s IFA 2020 Special Edition falls well within the restrictions imposed by the COVID-19 pandemic. The invite-only event will put strict limits on the number of attendees and focus on IFA’s four global core functions, which are:

IFA 2020 will be the first opportunity for the consumer electronics and home appliances industries to present new products and services directly to media and – by extension – to consumers and trade. The event also comes at a crucial moment for brands, manufacturers and retailers around the world, just ahead of the year’s most important shopping season stretching from Black Friday and Singles Day to Cyber Monday, Christmas and beyond.

IFA Berlin executive director Jens Heithecke said: “After all the event cancellations during the past months, our industry urgently needs a platform where it can showcase its innovation, so that it can recover and rebound. The recovery of our industry starts here at IFA Berlin.” While virtual events were useful, they were “missing the immediacy, hands-on experience and human connections that make events like IFA Berlin so incredibly useful” Mr Heithecker said.

The concept for IFA 2020 was developed in close collaboration with public health authorities in Germany to ensure the health and safety of all participants. The organizers will make sure that social distancing, careful crowd control and other effective public hygiene measures are all in place.

As a result, IFA 2020 will not be open to the public, but run as an invitation-only event.

Four Events, One IFA
This year’s IFA will effectively be run as four stand-alone events, with not more than 1,000 attendees for each event per day. While the organizers hope that the overall public health situation will improve between now and September, they have decided to err on the side of caution and meet the strictest safety standards possible.

The Global Press Conference will invite around 800 journalists covering 50+ countries to Berlin, so brands and manufacturers will be able to show journalists their latest products and devices.All keynotes and company press conferences will take place on just two or three keynote stages curated by IFA. This keeps the numbers down for the on-site production staff and ensures that the highest hygiene standards are observed both on stage and in the seating area for media.In addition to company press conferences, industry partners will have the chance to create smart company and brand presentations for interviews and further talks with media representatives.For journalists, this will be the most efficient way this year yet to cover the technology stories their audiences are interested in; it’s their first opportunity after the beginning of the pandemic to see all of this year’s innovation and new products all in one place, and they can organize face-to-face interviews with the spokespeople for brands.

The opening keynote for this year’s IFA will be delivered by Cristiano Amon, the President of Qualcomm, a company that is the undisputed global leader in mobile connectivity.

Qualcomm’s president said he is looking forward to giving the keynote and addressing the importance of connectivity during these unprecedented times. Mr. Amon will speak about the company’s latest developments in 5G, AI and other key technologies that will drive the future of the Internet and deliver the devices and capabilities the world needs.

IFA NEXT meets IFA SHIFT Mobility
For this year only, IFA will combine its two innovation platforms – IFA Next and SHIFT Mobility – for an exclusive live event for the international tech community. The event will bring together technology start-ups and companies in the connected mobility sector, to help them get the much-needed lifeblood of publicity and industry connections. For innovators, disruptors, tech journalists and digital influencers interested in the cutting edge of technology, this will be the year’s most important event to attend.

IFA Global Markets
During the past three years, IFA Global Markets has grown to become Europe’s largest sourcing show for OEMs and ODMs. Now it will be this year’s first dedicated sourcing show in the world. The message from IFA’s industry partners has been clear: the industry needs a sourcing show to repair and restructure its supply chains hit by the disruption of the COVID-19 pandemic.

IFA Business, Retail & Meeting Lounges
Every year, IFA Berlin is the most important marketplace for consumer electronics and home appliances. In 2019, for example, brands and retailers struck deals worth more than 4.7 billion euro during the event in Berlin.

While the pandemic will make it impossible to replicate this level of deal-making and networking, IFA Berlin will curate the IFA Business, Retail & Meeting Lounges to give brands and manufacturers the much-needed opportunity to meet retailers in a safe and efficient manner ahead of the year’s all-important shopping season.

Virtual IFA Experience
The organizers know that interest in attending IFA 2020 will far outstrip the available places, while some people may still be subject to travel restrictions. That’s why IFA will offer everybody virtual opportunities to be part of the IFA Berlin experience.

Hans-Joachim Kamp, Chairman of the Supervisory Board of gfu Consumer & Home Electronics GmbH, the organizer of IFA, said: “IFA Berlin is the most important event for the consumer electronics and home appliances industry. These past few weeks, we have worked very closely with the IFA team to develop a concept that gives all our industry partners the platform they need to talk about their innovations.”

Dr Christian Göke, CEO of Messe Berlin, commented: “Our IFA team really has pulled out the stops for this one. I’m incredibly proud of how they have tackled this challenge and come up with a solution for IFA 2020.”

IFA Berlin will be open to invited participants from 3 to 5 September 2020.