EARLIER this morning, Nintendo presented their Indie World livestream showcasing 21 new games coming to Nintendo Switch. While most are new games from independent developers, there are a couple of hidden gems that will look familiar. Among the 21 new Indie titles, there are three games that are a remake, a re-release and a re-imagining respectively.

House of the Dead has been remade by MegaPixel Studio and is set for release later this year The remake is also said to include exciting gameplay changes. The three-dimensional 2D puzzle platformer FEZ makes its Nintendo Switch alot earlier than expected. Originally released in 2012, FEZ is one of three games announced today that are available right now in the Nintendo eShop. And the heroes in a half-shell are back and just as we remembered them. Teenage Mutant Ninja Turtles: Shredder’s Revenge is a classic side-scrolling retro-style arcade game developed by Tribute Games. It was also published by Dotemu, who also published Streets of Rage 4 and Wonder Boy: The Dragon’s Trap. Teenage Mutant Ninja Turtles: Shredder’s Revenge will launch later this year.

Other new indie titles to come at a later date also include the next title in the skateboarding platformer series, OlliOlli World, which adopts a totally new art style and feel. Cute and fuzzy puzzle co-op game, KeyWe, will also be coming to Switch and finally gets a release date of August of this year. There’s also an exclusive in-game outfit available only for Nintendo Switch players.

Titles also being released today are The Longing and There is No Game: Wrong Dimension. The Longing is an intriguing hand-drawn adventure where you play a servant named. Shade. Shade must wait for his king to awaken, but that’s not for another 400 days. Until then you can explore caves, complete time-based puzzles and collect items. There is No Game: Wrong Dimension is a funny little adventure where you’ll constantly be told there is no game, even though you’re playing it.

A full list of the 21 game releases can be found below. 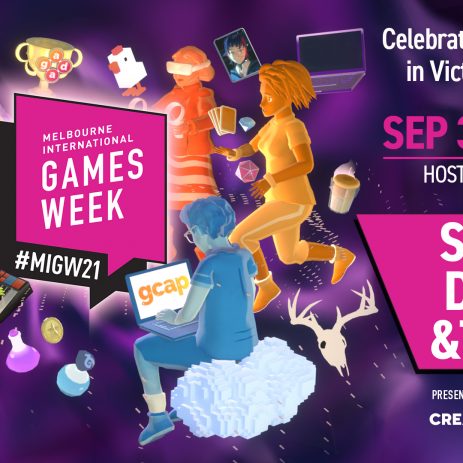