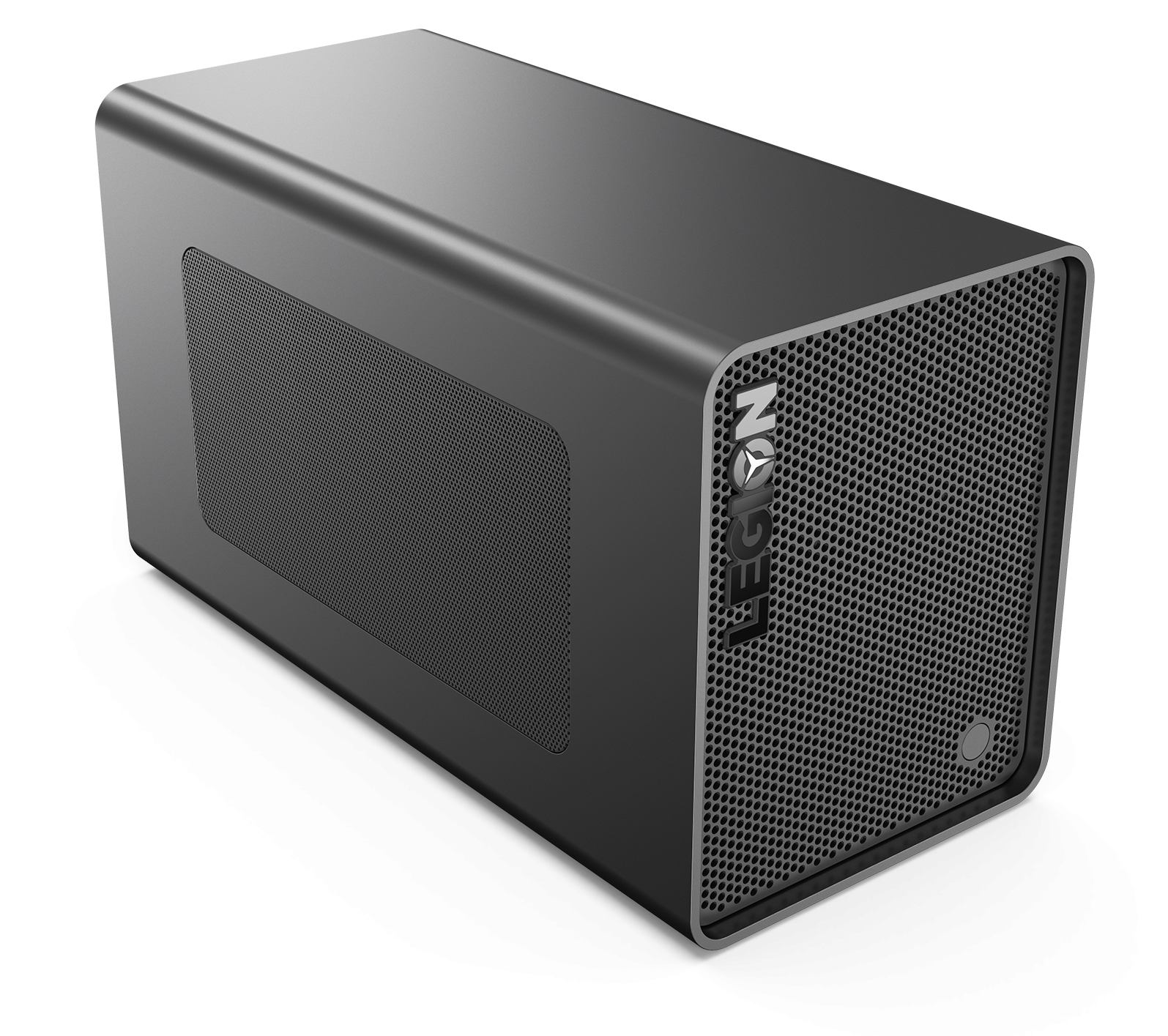 GAMING laptops are powerful, but they come with a price tag and arent always super practical for carrying around.

Lightweight or work-focussed laptops are cheaper, but they don’t have the grunt for gaming.

Computer manufacturer Lenovo unveiled an intriguing solution to that issue at the Consumer Electronics Show (CES) in Las Vegas, in the form of the Lenovo Legion BoostStation.

In essence, it’s an external GPU which can be connected to any laptop with a Thunderbolt 3 port, taking care of the graphics processing for gaming.

The idea is that the booststation stays at home while the laptop is out at work or whatever – Lenovo’s product experts tell me their research indicates most people game at home in the evening.

Lenovo have said the BoostStation supports either Nvidia or AMD GPUs – the version I saw had a Nvidia RTX 2080 in it. It can also dock 2.5” SSDs and HDDs, giving you somewhere to keep your games, too. Around the back it has three USB ports (2x USB 3,1, 1x USB 2.0), a Thunderbolt 3 port, an HDMI port, an ethernet port, a microphone in jack, and (obviously) the AC power socket too.

It measures 172mm x 365mmmm x 212 and can deliver up to 100w of power to the laptop. The unit is made of an attractive charcoal grey metal, and features large grilles on one side for cooling and letting you see what’s going on inside (if that’s your thing)

On paper, it’s extremely cool, and the technology definitely works, but there’s the small matter of the weight of the boost station – it weighs 9kg, which is pretty hefty to say the least.

Still, if you’re in a job where you get a company laptop that is very decidely not for gaming, but you want to game on it at home yet don’t have the space/interest in setting up a tower rig, this could be an attractive and useful option to look into.

It’s launching in the US in May with an RRP of $249 (AUD$360); local availability and pricing to be confirmed.

Royce Wilson is attending CES 2020 as a guest of Dell