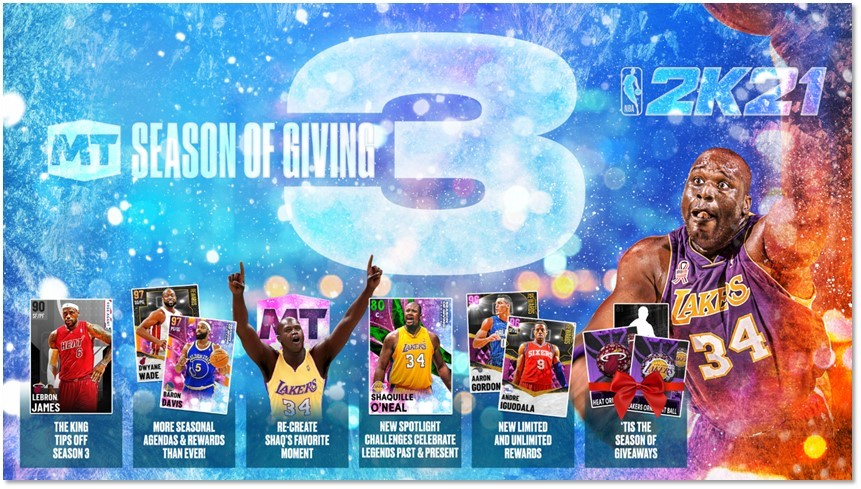 IT’S time to get festive as MyTEAM Season 3 launches today in NBA 2K21. With Christmas only a month away, Season 3 for MyTEAM is all about the Season of Giving featuring new players, challenges and rewards. And with the NBA 2020-21 season kicking off during Season 3, MyTEAM will also be counting down with the 12 Days of Giving. Logging in everyday in the lead up to the new NBA season will give you even greater rewards including rare players and guaranteed Ornament Balls.

The MyTEAM Festival will also kick off over the weekend giving you another chance to obtain previously released packs from Seasons 1 and 2 as well as Diamond Bill Russel and Rafer Alston. It’s also the perfect time to load up on tokens as Token Blitz increases token rewards for every single win in MyTEAM. Full details can be found here in the Courtside Report.