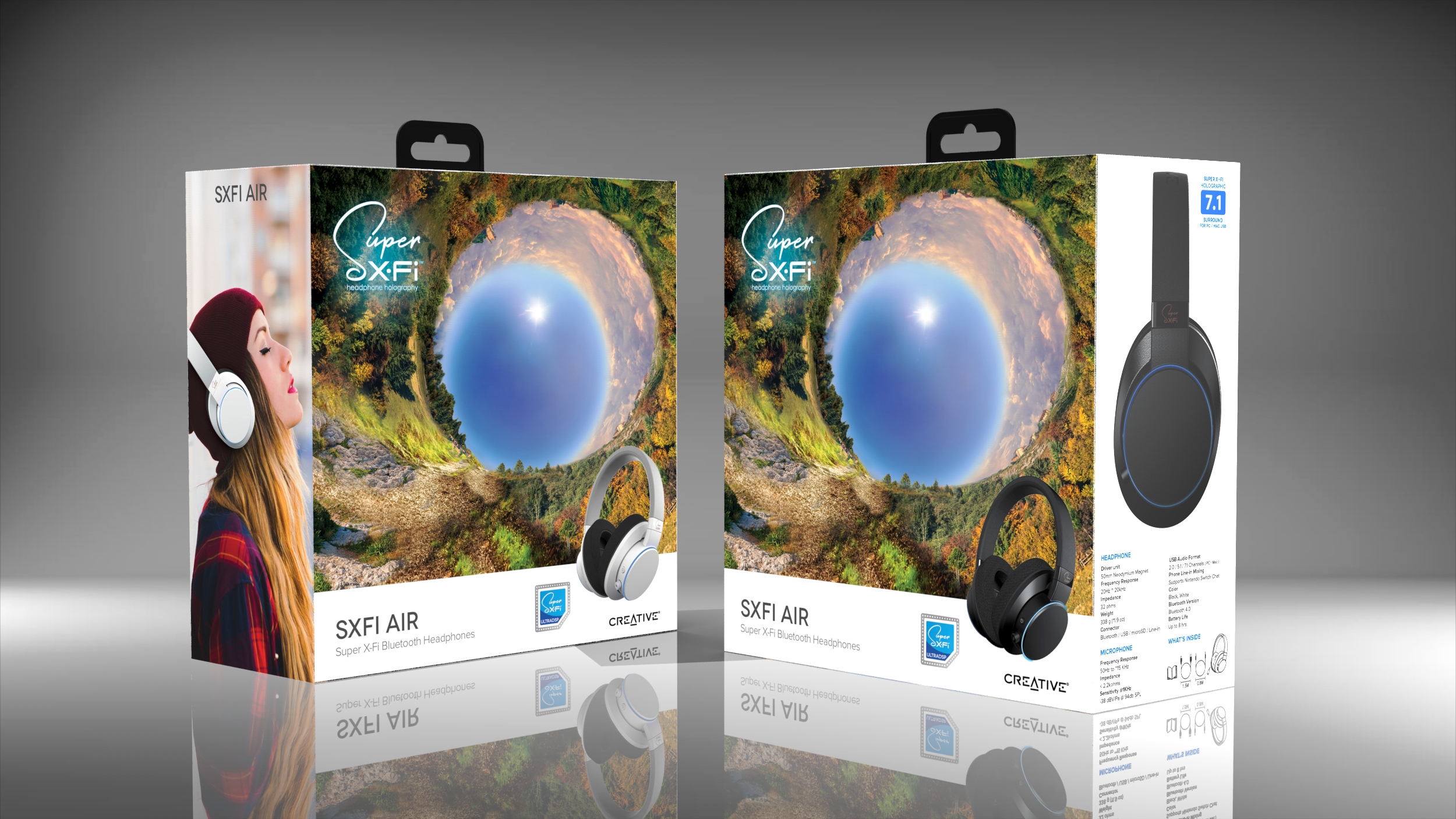 I WRITE about headphones quite a lot and it is safe to say there are some superb products on the market right now, covering everything from entry-level budget headphones right up to quasi-professional or tournament-quality battlestations with accompanying amps and mixers.

At this year’s CES expo in Las Vegas I experienced quite possibly the most remarkable home entertainment and gaming audio setup I’ve ever encountered, courtesy of Creative Labs and their new range of second-generation Soundblaster Super X-Fi products.

A Soundblaster audio card was the reason my games back in the 1990s had actual sound effects instead of sounding like a dubstep sample, but I can’t recall the last time I saw a Soundblaster product for sale, so I was pleasantly surprised to receive an e-mail from them asking me to check out their booth at CES – and I am extraordinarily glad I did.

The main focus of their offerings this year is something they call Super X-Fi, described as “Audio holography”, which their press kit described as “an award-winning technology which recreates the soundstage of a high-end surround speaker system in headphones, and personalises it with Artificial Intelligence (AI) for a natural listening experience. “

To say Super X-Fi is 7.1 surround sound is like saying Michaelangelo’s David is a statue of a naked dude – it’s technically true, but utterly fails to do it justice.

Before you can use a Super X-Fi enabled headset, you need to calibrate it via the app – which measures your ear shape, size, and distance from your head to ensure a tailored audio experience.

Having done this, you then don your headset and listen – as myself and a group of fellow journalists were able to do during an invitation-only demo session at CES.

The first demonstration we got involved a scene from the Kung Fu movie House of Flying Daggers, first in conventional 7.1 via speakers and then in X-Fi via headset. The difference was amazing, with swords appearing to slash through the air above us, projectiles flying past, and the sound transitioning seamlessly between 7.1 speakers and Super X-Fi headsets.

From a gaming perspective, I was able to try out the SXFI Gamer headset with a few titles, including CS:GO and the new Star Wars game, and I was blown away by how well it worked.

The Super X-Fi headset created the feeling of actually being in the middle of the action, with the sound happening around you. When exploring a tunnel, you could hear dripping water and precisely pinpoint the location based on where the sound was coming from. I could hear footsteps clearly and instantly work out where an enemy was in relation to me. Gunfire sounded more realistic, and bullet impacts were easier to locate too.

Interestingly, the SXFI Gamer apparently doesn’t need any software or other peripherals, either – everything it needs to do its magic is apparently on board the headset itself.

It’s not just about gaming, either – there is also a Super X-Fi soundbar (the SXFI Carrier) for TVs, which also managed to create a true surround sound experience – I watched clips from Alita: Battle Angel and Blade Runner 2049 as well as one of the Blizzard Overwatch short films, and it was hard to believe a sound bar was creating effective surround sound, but that’s certainly what it sounded like.

Music lovers are also catered for, with the Super X-Fi technology being able to create an immersive listening experience even from an old mono track (the one we tested was Satisfaction, recorded in 1965 by the Rolling Stones), while properly mastered surround sound tracks sound absolutely stunning.

Everything I listened to simply sounded better with Super X-Fi enabled (we could toggle between Super X-Fi on and off as part of the demonstration), and I am really looking forward to seeing more of the units and the technology as Creative release it. More importantly, I’m looking forward to trying them out under “real world” conditions, as opposed to the curated experience at CES.

Soundblaster tell me the SXFI Gamer headsets will be available in April with a price that is “Extremely competitive” with other surround-sound headsets – so stay tuned.