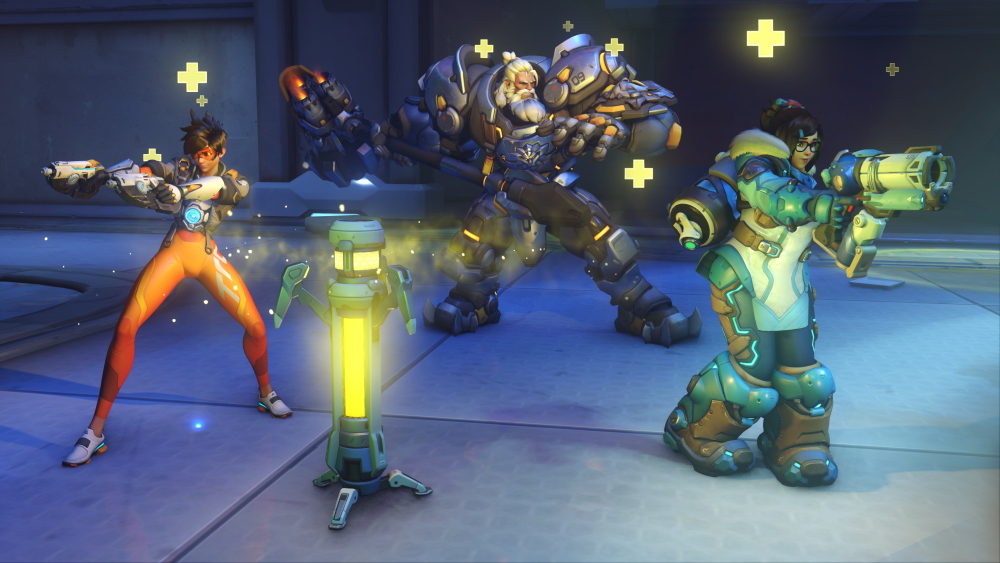 BLIZZARD have kicked of their annual BlizzCon extravaganza with the eagerly awaited announcement fans of the company’s iconic hero-based shooter Overwatch have been waiting for: There’s a sequel coming, and it has a much stronger story focus.

According to the press information from Blizzard, Overwatch 2 will feature co-op and player-vs-AI missions – and existing player’s achievements and loot will carry over to the sequel, which will also feature “the current complete Overwatch roster, a new generation of heroes, new internationally recognisable maps that widen the scope of the world, a new Push map type, and more.”

Blizzard president J Allen Brack said Overwatch 2 would be the co-op, narrative driven game people had been asking for ever since Overwatch debuted in 2016.

“We’re looking forward to telling the next chapter of this epic story in-game, and we’re excited to give players a whole-new kind of co-op experience built around progressing and customising their favourite heroes—all while providing even more of everything they love about Overwatch today,” Mr Brack said.

Blizzard have said the sequel will feature cooperative story missions, in which “players will experience the advent of a new Overwatch as Winston, Tracer, and other members of the original Overwatch join forces with a new generation of heroes”.

The release went on to say “Players will take an active role in the Overwatch saga as a new global crisis unfolds through a series of intense, high-stakes four-player missions. As the story progresses, players will team up as different sets of heroes and fight to defend the world from the Omnic forces of Null Sector, uncover the motives behind the robotic armies’ attacks, and come face-to-face with rising new threats around the globe.”

Overwatch 2 will also feature “Hero Missions”, in which the Overwatch team will “be called upon to go beyond their limits as they deploy across the planet, defending cities against robot invasions, taking on elite Talon agents, and battling the villainous forces laying siege to the world”

The mode is designed to be replayable and will give players the chance to level up their heroes and acquire customisation options for use in co-op play; two examples Blizzard gave were altering Reinhardt’s Fire Strike to ignite nearby enemies or modifying Tracer’s Pulse Bomb to cause a devastating chain reaction.

Overwatch 2 will feature an upgraded engine which can handle larger maps as well as the wider variety of enemies. The graphics have also been given an overhaul too, according to Blizzard.

The company has said the game represents the beginning of a new era for the series’ competitive 6v6 play.

“In addition to carrying forward all of the original game’s heroes, maps, and modes—as well as existing Overwatch players’ accomplishments and loot collections—the sequel adds multiple new playable heroes to the ever-growing roster; widens the scope of the world with even more maps and locations; and adds a new ‘Push’ map type, in which two teams compete to make a robot (that happens to be pretty good at pushing things) push the map’s objective to their opponent’s side,” the announcement said.

Interestingly, the announcement said existing Overwatch players will be able to battle alongside Overwatch 2 players in PvP mode, and will also be able to play Overwatch 2 heroes and maps, “ensuring the core PvP experience remains dynamic and vital for today’s community in the Overwatch 2 era”.

No release date has been announced as yet, but if it’s any time before late 2021 at the earliest I’d be very surprised; Blizzard have said more details on the game can be expected in the future.