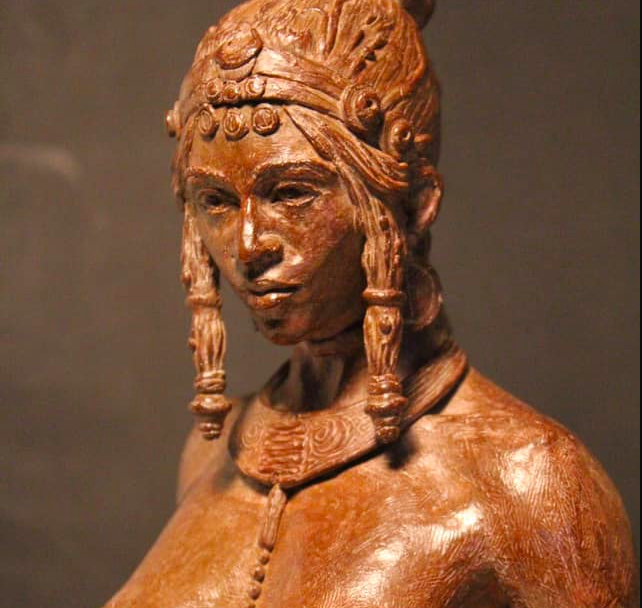 Editor’s Note: This story contains images of artistic depictions of full-frontal nudity which may be considered Not Safe For Work.

GAMING continues to prove its artistic credentials – not that they should be in any doubt at this point – and the latest example of the connection is cast in bronze and featuring in an important French art exhibition.

Sculptor Eric Vanel has had one of his works, depicting RuneQuest: Roleplaying in Glorantha tabletop RPG character Jar-eel the Razoress, selected for exhibition at the prestigious Salon des Artistes Francais 2021.

In keeping with that artistic tradition, Mr Vanel has depicted the subject unclothed, wearing a decorative head-dress, gorget, and holding a scimitar-like weapon in her left hand.

Jar-Eel herself is a goddess and skilled fighter, diplomat and poet in the universe of Glorantha and has been depicted having an appearance similar to a Greek Hoplite – not unlike Kassandra from Assassin’s Creed:Odyssey.

Mr Vanel explained he had been a huge fan of the world of Glorantha, created by Greg Stafford, for more than 30 years and the character of Jar-Eel, the incarnation of the Red Moon goddess, had always fascinated him.

“She is the heroine who would change the world by her actions,” he said.

“She embodies several dualities. She’s an artist, dancer and musician, but as well a fierce warrior. She is a mix of sensuality and raw savagery – I really love this.”

The choice to create the statute in bronze was an easy one, Mr Vanel said, pointing to its long tradition as a material for artisans.

“Bronze is the noble material par excellence of sculpture art,” he said.

“Metal gives an unmatchable look enhanced by the various patinas; very deep. It is a very complex and long process, a lot of craftsmanship, and you can feel it when looking at the piece.

“So what else than Heroic tradition for the Gloranthan heroine?”

He explained the artistic process behind the depiction, saying the duality of sensuality and savagery was his main artistic driver.

“She is facing her enemies, but she is naked. She doesn’t need any armour, as she is protected by the moon beams of her mother the Red Moon. She is quiet, fully self confident, as told by her cold gaze.

“She doesn’t know fear. The mystic way she holds her long and thin scimitar in her left hand shows the absolute mastery of her deadly weapon. Her right hand concentrates the magic energies she will probably release in a blast of destructive power.”

The statute took several months to create, with Mr Vanel saying it represented about 50-60 hours worth of work by him.

“The bronze work made by the art foundry is about 15-20 hours per cast,” he said.

“The biggest challenge (when creating an artwork like Jar-Eel) is always to tell a story.

“This is what will create a emotional response and it is a mix of a lot of things – the overall pose, stance, the details of the hands, the gaze. You look for something and suddenly, sometimes, it appears.”

On the subject of games inspiring art, Mr Vanel admitted he was not a big computer gamer (although his son was), but still drew plenty of inspiration from traditional tabletop roleplaying games.

“My inspiration comes more from the fantasy pen and paper roleplaying games (Runequest in Glorantha, but not only) but even more generally fantasy illustrations,” he said, acknowledging the extensive tradition of pen-and-paper RPG-inspired artworks.

“Frank Frazetta is my core inspiration – his world, his characters all come from him.

“More recently, I (re)discovered the old masters from the Renaissance to the 19th century, sculptors and painters. I am as well very influenced by artistic photography of the naked human body.

“To come back on video/computer games, pushed by my son I discovered two years ago the characters of League of Legends – very cool and inspiring. I then sculpted then my representation of the character Ornn, and I had a lot of fun to do so, casting resin copies and painting it.”

The Salon, originally established in 1667 during the reign of King Louis XIV and growing to prominence in the 19th and 20th centuries, has become a prestigious part of France’s cultural life and that of the art world as a result.

Mr Vanel said having Jar-Eel selected for exhibition in the Salon was, before everything else, a recognition by his peer artists.

“For an emerging artist like me it is very important and I am very happy and proud,” he said.

“It gives me as well visibility to hopefully catch attention of potential clients.”

Chaosium president Michael O’Brien said Jar-Eel the Razoress was one of the most iconic characters in Greg Stafford’s mythic universe Glorantha, and Mr Vanel had created an outstanding artwork of her.

“Eric’s depiction of her is amazing, and it certainly is a wonderful accolade to see his heroic bronze featured in such a prestigious exhibition,” he said. 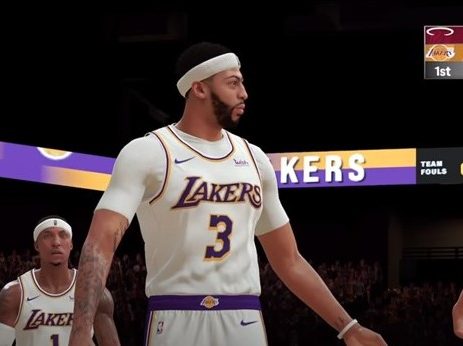