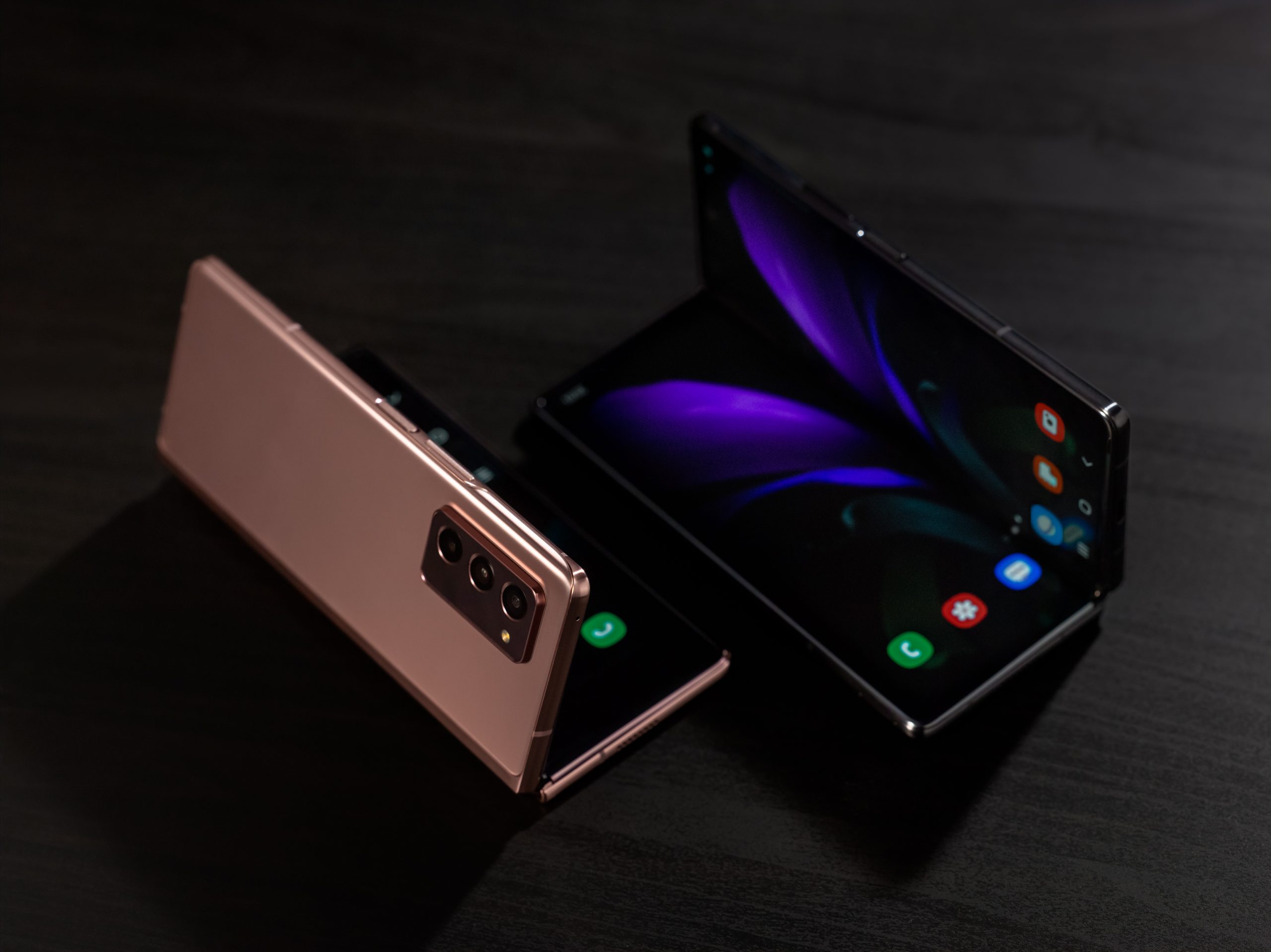 SMARTPHONE, TV and data storage manufacturer Samsung have boldly proclaimed their commitment to the foldable smartphone category with their launch of the Galaxy Z Fold2 and Galaxy Z Flip 5G devices.

The two smartphones were announced are both Android devices aimed at the premium market, combining form, functionality and style and come off the back of the Galaxy Note 20, Galaxy Tab S7, Smart Watch and EarBuds launch earlier in August.

The flagship of the range is the Galaxy Z Fold2, a phone which folds vertically to turn into a 7.6in screen in the style of a mini-tablet.

The front screen is a 6.2in ‘Infinity-O Cover Screen’, and is designed to allow for things like checking e-mail, using Google Maps, and streaming videos without actually having to open the phone up.

Unfolded, the main screen is 7.6in display, which Samsung say “immerses you with a 120Hz adaptable refresh rate for smooth scrolling and gameplay” and further note that “to complete the experience, the Galaxy Z Fold2 comes with the best dynamic sound available on a Galaxy device to date, with enhanced stereo effect and clearer sound provided by high dynamic dual speakers.”

Samsung were keen to emphasise the quality of the unit, noting:

“The Galaxy Z Fold2 is re-engineered with a sleek, unified design that delivers a smooth, high-end feel. Samsung Ultra Thin Glass is now on the Main Screen, providing a more premium and refined feel for the display.

Its design is anchored by the Hideaway Hinge, which fits seamlessly into the device body with the CAM
mechanism and enables free standing capabilities2 that power all new Flex mode
experiences.

Galaxy Z Fold2 also employs sweeper technology, first introduced on the Galaxy Z Flip, within the gap between the body and hinge housing to repel dust and undesirable particles.”

There’s still a few questions about the unit – including whether it’s IPX rated. You’d hope so, given the price tag, but the official press release doesn’t contain any mention of it, and also curiously doesn’t have any of the associated keywords like “water” or “moisture” or “splash” in there either, which is a bit worrying.

The impressive main technical specs are matched by the price tage, with an RRP of AUD$2999 – both Mystic Bronze and Black coloured phones will be available.

Samsung Electronics Australia mobile division vice president Garry McGregor said Australian consumers have been incredibly receptive to the way in which the company had been able to “reinvent and reimagine the foldable category”, going to say “it is the way of the future and we are committed to pioneering the innovation of this form factor; pushing the boundaries of technology and engineering to develop unparalleled experiences and capabilities for our customers.”

“We know our Fold customers are the most active users of their devices, above any other form
factor in our portfolio. This tells us they need more versatility and – literally – more flexibility from their smartphone,” he said.

“We know this will be more than just a phone, it will be an attention-grabbing status symbol and a conversation starter wherever and whenever you use it.”

The other phone announced at the event, the Galaxy Z Flip 5G, harkens back to the earlier days of mobile phones when shoephones were the design of choice, flipping in half horizontally.

According to Samsung: “The Galaxy Z Flip [released in February this year] introduced a stylish and compact form factor that reinforced Samsung’s ongoing  commitment to expanding the foldable category. Now with 5G, the Galaxy Z Flip 5G can bring blazing fast speeds to the palm-sized foldable device, making it easier than ever to stay connected with followers, friends, and family”

The Galaxy Z Flip 5G will be available in Australia from October 9 with an RRP of AUD$2149.

As interested as I am in folding phone tech, I haven’t actually had the chance to play around with much of it yet, besides a few minutes with the Motorola Razr reboot at CES in January.

I liked what I saw and from what I’ve seen of both new Samsung phones (which is admittedly via a web presentation) there’s a lot of potentially game-changing promise there, but I’d really like to get one of the phones in my hand to see how it feels and works – and also to see how they are from a gaming angle, too.